‘Paving’ the Way: First Commercial Use for Toner Waste

By Monica Tan, The Guardian

The technology is the world’s first commercial use for toner waste, and was first used in Melbourne in 2013. Called TonerPave, it was developed by the city’s road contractor, Downer, in partnership with a cartridge recycling company, Close the Loop. 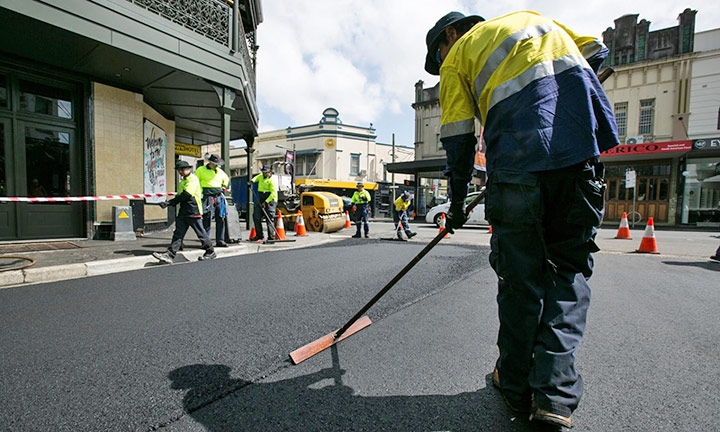 The toner is blended with recycled oil and is 40 percent more energy efficient than the manufacture of standard bitumen, with a relative saving of 270 kilograms (595 pounds) of CO2 emissions per tonne.

Every tonne of the toner-based product used in the asphalt mix replaces 600 kilograms (1,323 pounds) of bitumen and 400 kilograms (882 pounds) of fine aggregates, such as sand and soil.

Peter Tamblyn, marketing manager at Close the Loop, said that “the rest of the world is looking at this”.

All of Australia’s waste toner powder could theoretically one day be used in asphalt mix, Tamblyn said, but many people throw their toner out rather than recycle it.

“If we could get our hands on all of Australia’s waste toner we would happily use it,” he said.

On average, 13 percent of toner in every cartridge is wasted, with 100 toner cartridges needed for every tonne of asphalt.

At the current rate of printer cartridge collections via Plant Ark within the boundary of the City of Sydney, 14,500 tonnes of TonerPave can be produced each year — enough to repave 120,000 square meters (1.3 million square feet) of road, double the needs of the council area.

All of Australia’s waste toner powder could theoretically one day be used in asphalt mix but many people throw their toner out rather than recycle it.

The company has investigated importing toner waste from overseas markets.

Dante Cremasco, a general manager of Downer, said the breakthrough came when the toner powder was able to be stored as pellets. “When it was a powder you’d get a lot of dust and issues for manufacturing employees.”

The trial, conducted by the City of Sydney, began in September 2014 and included Burton Street in Darlinghurst and Watkin and Church streets in Newtown. Kent Street in the CBD will soon be resurfaced using the new mix.

The City of Sydney’s construction services manager, Andrew Christie, said the product must prove as resilient as regular asphalt and have the same 30-year lifespan. “In two or three years we should have an indication if it is a good alternative to traditional asphalt. Hopefully we can start to use it across Australia,” he said. 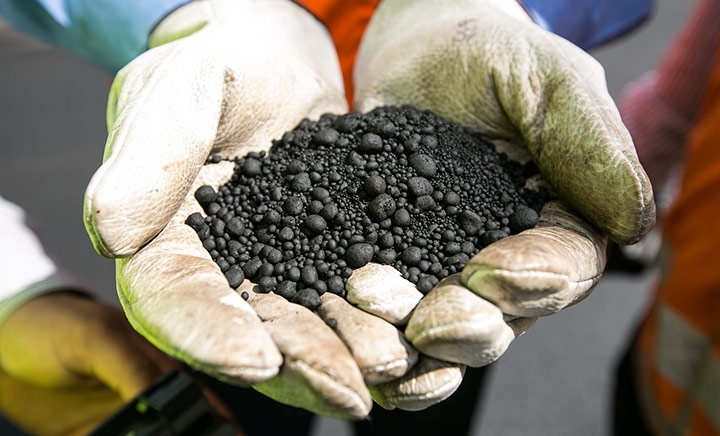 TonerPave being laid on Sydney roads.
Credit: City of Sydney

At $150 per tonne, the mix costs the same as standard asphalt, but Christie expects this to drop as the product matures. Raw materials represent a small portion of road resurfacing costs, he said, which is mainly taken up by machinery and staffing.

However, this is the first time TonerPave has been combined with warm mix asphalt, which has been in use in Sydney since 2010. Warm mix asphalt is heated at a temperature 20-50°C (68-122°F) lower than regular asphalt and saves the city 24,000 kilograms (52,911 pounds) of CO2 emissions each year.

Thirty percent of this new mix is also comprised of recycled asphalt, significantly higher than the industry requirement of at least 10 percent.

The measure is part of the City of Sydney’s target to reduce its greenhouse gas emissions by 70 percent by 2030. It was the first local council in Australia to be certified carbon neutral under the National Carbon Offset Standard.