The frigid, ice-covered expanses that make up Earth’s poles are some of the fastest warming parts of the planet as human activity drives up greenhouse gas levels in the atmosphere, altering the global climate.

What happens to all that ice isn’t just a concern for these remote, frozen wilds: The ice sheets that cover Greenland and Antarctica hold more than two-thirds of the world’s freshwater, and are already significantly raising global sea levels as they melt. And the thin skins of ice that cover the Arctic Ocean and ring Antarctica may also alter circulations in the ocean and the atmosphere even outside of the polar regions as they wax and wane. 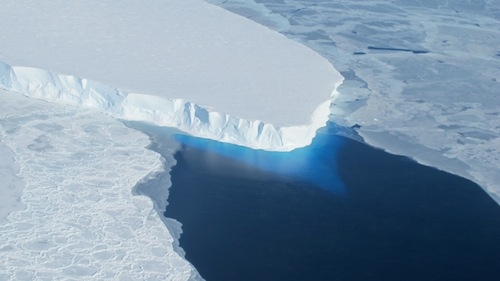 Antarctica's Twaites Glacier, one of the six glaciers of the Amundsen Sea Embayment of the West Antarctic Ice Sheet.
Credit: NASA

The changes being wrought at both poles came into starker relief in 2014: While Antarctic sea ice reached a record amount, Arctic sea ice continued its inexorable decline, and at a much faster rate than the Antarctic increase. At the same time, glaciers in Antarctica and Greenland were found to be even more vulnerable to melt than previously thought. One scientist said that the retreat and melt of some of Antarctica’s fastest-moving glaciers had become “unstoppable.”

With researchers increasingly worried about the fate of all this ice, and its potential impacts on the world, they are hoping that missions to drill into the ice and observe it from both air and underwater in 2015, and beyond, will help improve climate models to give us a better idea of what’s in store in an increasingly warmer world.

In Antarctica, it has long been thought that warm ocean waters are responsible for much of the melt of land ice: Where the continent’s glaciers flow into and float atop the sea, those waters are lapping away at the ice from below. Studies this year pinpointed where the waters are eating away at that ice, and new locations where they might begin to in the future. They also found that some of those glaciers are retreating at a record pace, possibly reaching a point of rapid collapse in just 200 to 1,000 years. That may sound like a long time away, but the ice in the polar regions will melt over time, and with it, will raise sea levels. The potential contributions to sea level rise are tangible now and dismaying.

So to is the potential melt from the world’s other major ice sheet, in Greenland, which is three times the size of Texas and stacked with ice 2 to 3 miles thick. The glaciers there are under assault from numerous fronts, and research this year showed those assaults are more intense than previously thought.

Soot from forest fires in Siberia and elsewhere in the Northern Hemisphere that darkens the otherwise bright, white surface of Greenland and causes it to absorb more sunlight was responsible for melt that shockingly enveloped the entire ice sheet surface in 2012. That type of all-encompassing melt could become annual by the end of the century, scientists said this year.

Greenland’s glaciers are also under assault from rising air temperatures — Arctic temperatures are rising at twice the rate of the global average — and warming ocean waters, including parts of the ice sheet that were previously thought to be stable.

Researchers are also getting more and more detailed pictures of the guts of the ice sheet, uncovering warped ice layers and subglacial pools of water that could alter glacier flow and perhaps make them more susceptible to melt.

The story of polar sea ice is more that of, well, polar opposites: Arctic sea ice saw both winter maximums and summer minimums that were among the 10 lowest recorded, as warming waters, air and growing waves (themselves linked to the ice melt) take their toll. 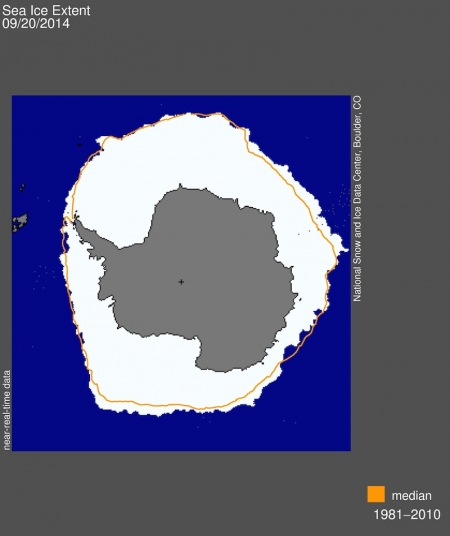 In Antarctica, meanwhile, sea ice has been surprisingly growing, reaching a new record high extent during the austral winter. But why this sea ice is expanding as the Arctic continues to shrink is a matter scientists are still trying to work out. Stronger circumpolar winds and continental ice melt could be two factors, but it's something scientists hope to keep exploring. Whether the Antarctic growth trend will continue in 2015 isn’t known.

But with missions set to drill through Antarctic ice shelves, robotic submarines slated to dive below the ice, and the continuation of NASA’s crucial Operation IceBridge — an air campaign bridging the gap between two polar-observing satellites — scientists hope they will glean more details of the processes that drive trends in both land and sea ice to get a better understanding of what humanity faces as carbon dioxide levels and global temperatures rise unabated.