The federal raids in Alta Floresta, Brazil surprised locals in 2005. The year before, nearly 60,000 acres of rainforest had been torn out of the municipality. Now farmers and loggers were being arrested by armed police, accused of environmental crimes. “It was a radical operation,” the newly elected mayor later recalled during an interview with a Princeton University researcher. “All our economic activity stopped.” A few years later, Brazil’s central bank made it harder for property owners there, and in 35 other blacklisted areas, to borrow money unless they proved they were protecting the rainforest. The campaign marked a sharp change from the 1970s, when the federal government, then a military dictatorship, had encouraged clearcutting. Now the federal government was cracking down on it — and doing so successfully. In 2010, fewer than 1,000 acres of Alta Floresta was deforested. 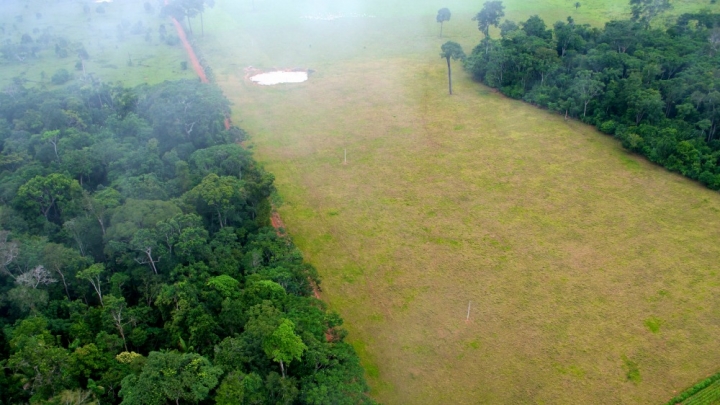 Efforts such as these to slow deforestation have delivered some of humanity’s few gains in its otherwise lackadaisical battle so far against global warming. A gradual slowdown in chainsawing and bulldozing, particularly in Brazil, helped reduce deforestation’s annual toll on the climate by nearly a quarter between the 1990s and 2010.

A new study describes how this trend has seen agriculture overtake deforestation as the leading source of land-based greenhouse gas pollution during the past decade. While United Nations climate negotiations focus heavily on forest protections, the researchers note that delegates to the talks ignore similar opportunities to reform farming.

“The decline in deforestation over the past decade or two is a success story,” Rob Jackson, a professor at Stanford University’s earth sciences school, said. He was not involved with the new study. The deforestation slowdown has, “in large part,” he said, been driven by new forestry rules in Brazil, by the U.N.’s Reducing Emissions from Deforestation and Forest Degradation (REDD) program, which funds forest conservation, and similar policies elsewhere.

The new study, led by the U.N. Food and Agriculture Organization and published in Global Change Biology, quantifies the reductions in climate pollution from the degradation and clearcutting of forests. Clearcutting most often clears space for agriculture, suggesting agriculture’s indirect climate impacts surpass the impacts of deforestation for timber and other commodities. The researchers aim to tally those indirect impacts later this year. This paper was an early step in a larger effort to better understand and report on the climate repercussions of how land is used. “Every year, we’ll have updates,” lead author Francesco Tubiello said.

The study is also a reminder that the burning of fossil fuels remains the main cause of global warming. Burning fuel produces about four times more climate pollution every year than forestry and agriculture combined — a figure that is growing.

The research shows that the recent climate-protecting gains in forests are being nearly canceled out by efforts to satisfy the world’s growing appetite — particularly its appetite for meat. Greenhouse gases released by farming, such as methane from livestock and rice paddies, and nitrous oxides from fertilizers and other soil treatments rose 13 percent after 1990, the study concluded. Agricultural climate pollution is mostly caused by livestock. Cows and buffalo are the worst offenders — their ruminating guts and decomposing waste produce a lot of methane. They produce so much methane, and eat so much fertilized feed, that livestock are blamed for two-thirds of agriculture’s climate pollution every year.

“We’re seeing an expansion of agricultural lands in some areas because of the growing global population,” Jackson, who is a co-chair of the Global Carbon Project, which studies the global carbon cycle, said. “We’re also seeing intensification of agriculture.”

Although annual climate pollution from deforestation is declining, experts warn that recent gains could quickly be reversed. Deforestation in the Amazon rainforest spiked recently following nearly a decade of declines, for example, as farmers and loggers rushed to exploit loopholes in forest protection laws. Some parts of Central Africa are seeing deforestation in areas where it was not previously a problem. And cutting down trees can reduce moisture levels in a rainforest, which could cause parts of the Amazon to start dying off — even if everybody’s chainsaws simultaneously jammed.

The researchers drew on three global datasets to try to hone in on land’s changing contribution to global warming. Such impacts are harder to quantify accurately than are the pollution impacts of burning fuel. Governments invest fewer resources tracking and reporting complex climate indicators for deforestation and agricultural activity than is the case for the energy sector. 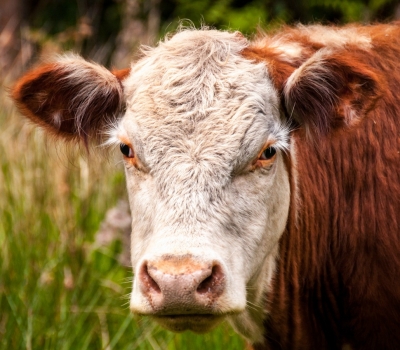 “There’s been a lot of discussion back and forth, and perhaps a good deal of polemic, about REDD,” Steve Schwartzman, director of tropical forest policy at the Environmental Defense Fund, said. “But, over time, I think all the major actors have come to the conclusion that reducing emissions from deforestation is a key piece of solving the climate change puzzle. Agriculture has only come onto the agenda more recently.”

Some countries, particularly India, have been averse to discussing agricultural impacts during U.N. climate negotiations — largely because they fear that the outcomes of such talks could reduce agricultural output and worsen food shortages. “Poor countries are not going to sit idly by and just impose reductions in food production to meet greenhouse gas reduction targets,” Schwartzman said.

Doug Boucher, the director of climate research at the Union of Concerned Scientists, says agriculture’s climate impacts could be reduced without taking food off tables. Reducing the overuse of fertilizers, protecting the organic content of soils by changing farming practices, and keeping rice paddies flooded for fewer weeks every season could all contribute to a climate solution, he said.

The biggest opportunities for reforming agriculture’s climate impacts can sometimes be found miles from where any food is grown. Reducing waste where food is sold, prepared, eaten and, in many cases, partly tossed in the trash as uneaten leftovers or unsellable produce, reduces the amount of land, fertilizer and equipment needed to feed everybody. “Shifting consumption toward less beef and more chicken, and reducing waste of meat in particular, are what seem to have the biggest potential,” Boucher said.

You May Also Like:
One More Log on the Fire for 2014 As Hottest Year
Accelerated Ice Melt Causing Iceland to Rise
Obama Orders Rising Seas Built In to Building Standards
NASA’s $1 Billion Soil Moisture Mission Ready For Lift Off
Obama And Modi Are Buddies, But Will The Climate Care?