On Friday, the U.N. Intergovernmental Panel on Climate Change (IPCC) will release a major portion of its latest tome updating the science of global climate change. The report, the group’s fifth since it was created in 1988, is expected to contain few surprises. And it’s that lack of surprises and new findings that may mark the end of business as usual for the Nobel Peace Prize-winning panel, which has been instrumental in raising the profile of the climate issue to the top of the international agenda. 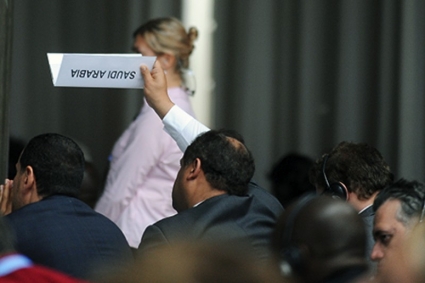 A delegate representing Saudi Arabia raises his hand to be recognized during debate in Stockholm on Sept. 24 over the wording of the IPCC's Fifth Assessment Report.
Credit: IISD.

The Fifth Assessment Report is expected to state with even higher confidence — 95 percent — that most of the global warming observed since 1950 has largely been caused by manmade emissions of greenhouse gases. It is also expected to contain updated estimates of projected sea level rise during this century, along with slightly revised temperature projections.

But beyond that and a few other modifications since its last report in 2007, most of the important scientific findings have not changed since the group’s early publications. That is prompting a rethink of how the IPCC assesses and communicates the state of climate science.

Scientists and policy experts told Climate Central that the IPCC is benefiting climate scientists more than it is aiding policy makers, who face the arduous task of combating and adapting to manmade global warming. Most said that there might be more benefit from shorter, focused reports on key topics, and that it may be a mistake for the IPCC to launch a sixth assessment for publication about six years from now.

“If it were up to me, there would not be an AR6 (Sixth Assessment Report),” Andrew Dessler, an atmospheric sciences professor at Texas A&M University, said in an email interview. “. . . It doesn’t seem to make sense to spend five years writing a report that says the same thing as the previous report.”

A shift in the way the IPCC approaches and conducts its assessments could greatly increase its policy relevance, since many in the policy community are already responding to climate change impacts that, in some cases, are greatly outpacing the findings of the current reports.

“We have to move much closer to real-time information to manage the interaction between human systems and the climate system,” Durwood Zaelke, president of the Institute for Governance and Sustainable Development, said. “I haven’t even seen a plan to do this.” 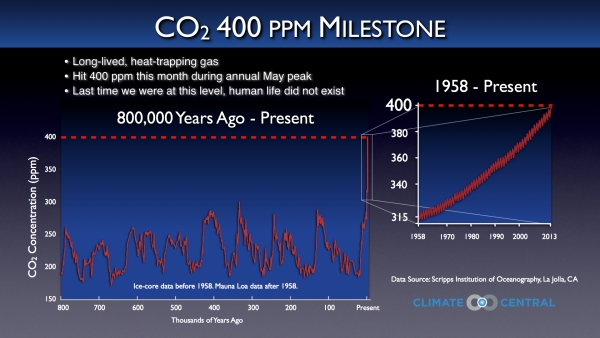 “The impacts are coming at us in real-time, you know, they don’t wait six years,” Zaelke said in an interview. “We can’t solve a fast-moving problem with a slow-moving assessment and a slow-moving legal process.”

William Moomaw, a chemist and professor of international environmental policy at The Fletcher School at Tufts University, said the IPCC contributed a great deal to international climate policy in its early days. The first IPCC assessment report, released in 1990, was instrumental in galvanizing diplomats to create the 1992 U.N. Framework Convention on Climate Change, which the U.S. under President George H.W. Bush signed on to.

Similarly, the IPCC’s 1995 in-depth report helped create the momentum for the Kyoto Protocol, Moomaw said, and the findings from the IPCC’s Third Assessment Report in 2001 helped convince Russia to ratify the treaty, enabling it to enter force after the U.S. bowed out.

Today, Moomaw, who has served as a lead author for multiple IPCC reports but is not involved with the new assessment, said he doesn’t see much value in new voluminous reports that tell policy makers what they already know.

Ultimately, any reform will have to come from within the IPCC structure itself, and a series of open forums to debate the organization’s future, starting with one at the Annual Meeting of the American Geophysical Union in San Francisco in December, is being planned.

The IPCC has its share of defenders who note that it helps frame the discussion on climate change, while also providing lasting benefits for the scientific community.

Gavin Schmidt, a climate scientist at NASA’s Goddard Institute for Space Studies in New York, said that despite recent criticisms, the consistency of the IPCC message is important, especially considering that many of the Fifth Assessment Report’s authors are new to the IPCC process.

“These are different people, different opinions, different perspectives, and pretty much they come up with exactly the same stuff,” Schmidt said,

The IPCC’s steady drumbeat of warnings have alerted the world to the risks that climate change poses, and ratcheted the pressure on policy makers to act. The forthcoming report, for example, is expected to state with at least 95 percent likelihood that most of the warming observed since 1950 was largely manmade, up from at least 90 percent in the 2007 report. That’s an extraordinary amount of agreement in the scientific community, comparable to the consensus on the links between cigarette smoke and lung cancer. 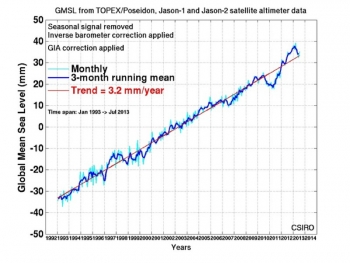 “Because of the IPCC’s clear and confident assessment of the science, climate change is front and center on the political landscape,” Dessler said. “In this sense, it has been an incredibly successful endeavor.”

However, as scientists have learned, science does not necessarily translate into policy, at least not quickly. Currently, global negotiations on a new climate treaty to replace the Kyoto Protocol are stalled, and carbon emissions have hit record levels along with the amount of CO2 in the atmosphere. As the upcoming IPCC report will note, the rate of sea ice loss and glacial melting, along with related sea level rise, are all speeding up.

The Fifth Assessment Report presents a conundrum for policy makers and the media, since it is a summary of previously published, peer-reviewed studies, rather than documents containing new scientific findings. It is also a relatively conservative document, since hundreds of scientists and government representatives weigh in before approving the final product. It’s a painstaking process where every word in the final document is negotiated.

“Almost by definition there can be nothing new in the IPCC report,” said Noah Diffenbaugh, a climate scientist at Stanford University who contributed to the Fifth Assessment Report.

Diffenbaugh and other scientists said the IPCC assessment process helps the scientific community by synthesizing scientific information and providing a foundation for future studies.

No other scientific field has what climate science has in the IPCC — an authoritative group that assesses the state of knowledge every six to seven years, Schmidt said. For climate scientists, the IPCC helps to highlight gaps in knowledge, spurring new research.

For example, the IPCC’s 2007 report pointed out major gaps in scientists’ understanding of the dynamics of the earth’s ice sheets and how significantly melting ice in Greenland and Antarctica could raise global sea levels. The Fourth Assessment Report, Schmidt said, also pointed out gaps in knowledge related to regional rainfall projections.

“It allows the scientific community to see where it needs to work,” he said. “In terms of how we do science, the IPCC has enormous impact.”

Still, Schmidt acknowledged that from a news standpoint, Friday’s report is unlikely to offer many new headlines.

“Unfortunately, the big story is that there is no big story,” he said.