The 2011 tornado season wasn’t supposed to happen, not in our modern era of advanced technology and storm warnings. Those warnings had led to a steady drop in the death tolls as people received more accurate information and earlier warnings than in the past. But the 1,691 tornadoes in 2011 — the second most for any season going back to the 1950s — included outbreaks that killed hundreds, something not seen since the 1970s. 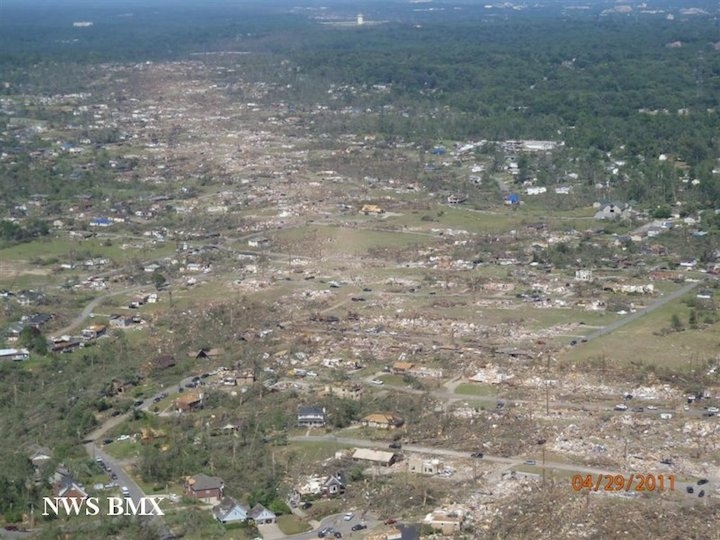 A swath of damage cut by an EF-4 tornado that hit the Tuscaloosa-Birmingham area in April 2011, part of a major outbreak that resulted in hundreds of deaths.
Credit: NWS BMX

President Obama, faced with the devastation wrought throughout that historic tornado season, wanted to know what could be done to better prepare the nation to anticipate and respond to such deadly activity. In particular, he asked why there wasn’t a seasonal outlook for tornadoes like there is for hurricanes. While hurricane outlooks don’t say when and where storms will strike, they do provide a framework for how active a hurricane season might be.

“And when the president asks the question, things happen,” Michael Tippett, a climate researcher and statistician at Columbia University, said.

Fast forward nearly four years later, and an experimental forecast team has put together the first seasonal outlook for tornadoes in the U.S. That forecast suggests the highest chances are for an average tornado season. The U.S. sees roughly 1,000 tornadoes per year, though those numbers can vary widely from year to year. The blockbuster 2011 season has been followed by quiet years, for example.

After the 2011 season, the National Oceanic and Atmospheric Administration began hosting a set of workshops to encourage research into tornado forecasts. Tippett and his Columbia colleagues John Allen and Adam Sobel took part and focused their research into how the cyclical climate patterns known as El Niño and La Niña influence the larger atmospheric environment that sets the stage for tornado activity.

In a new study detailed in the journal Nature Geoscience, they show that while the former tends to dampen tornado activity, the latter can give it a boost. The idea is that as they refine their work, they’ll be able to say something about spring tornado activity in prime areas of Tornado Alley based on the state of the El Niño-Southern Oscillation (as the whole cycle is called) during the winter months. This would give governments and emergency responders some heads up on how bad a tornado season might be.

In the grand scheme of the atmosphere, tornadoes are small-scale, transient features, which makes them very difficult to predict, even within just a few hours, and to study within a larger climate context.

And looking for patterns in tornado records to shed light on any climate connection, as several researchers have tried to do, is fraught because reporting methods have improved over time (with a larger population and better technology, tornadoes are more likely to be detected today).

To get around those problems in relating tornadoes to climate, the Columbia team shifted its focus from the tornadoes themselves to the atmospheric factors that are crucial for tornado formation, factors that are themselves altered by the ENSO pattern. Those include the presence of storms, how intense they are and whether or not they rotate — a key precursor to tornadoes.

In previous work, Allen and the others had showed that those two factors could reasonably reflect whether tornado activity in a given month was above or below normal. The next step was see how those factors were influenced by ENSO; while El Niños and La Niñas are defined by how much warmer or colder than normal tropical Pacific ocean waters are, they trigger a cascade of reactions in the atmosphere that can alter weather patterns around the globe.

“It’s been known for quite a while that El Niño and La Niña actually shifts the jet stream over the U.S.,” Allen said. 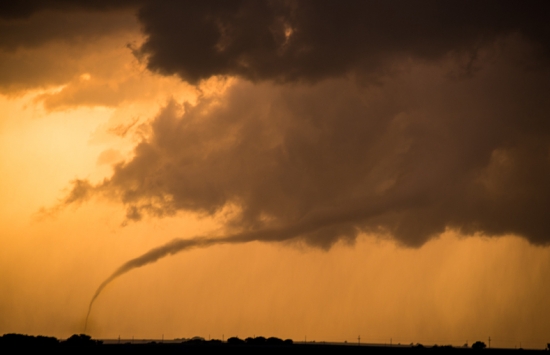 Focusing on moderate and strong cases of the two climate states, the team found that El Niño tends to suppress tornado activity over portions of Oklahoma, Texas, Kansas, and some other parts of the southern U.S., while La Niña tends to promote it. Both tend to shift where the prime spot for tornadoes is, as well.

El Niño tends to tamp down on tornadoes because it shifts the jet stream further south over the U.S., which blocks moisture from flowing northward from the Gulf of Mexico. The moisture is one of the key ingredients for fostering the unstable, stormy atmospheric environment on which tornadoes thrive.

La Niña acts in the opposite way, pushing the jet stream to the north and letting that moisture penetrate further into the heart of the country. Some of the biggest outbreaks in history — including the 1974 Super Outbreak, as well as the devastating 2011 season — occurred during La Niña years.

Its effect isn’t as strong as El Niño’s, though.

“La Niña is kind of the enhancer, but it’s not the clearest enhancer,” Allen said. “You tend to have big days or nothing.”

The relationship was strong enough that the team thinks the state of ENSO in the winter can be used to give some indication of what kind of tornado season to expect come spring.

Of course, there are many other factors, from the local scale to the larger climate, that also influence tornado activity.

“I don’t think every year ENSO is going to give us the answer,” Allen said.

The El Niño that was finally declared by U.S. forecasters earlier this month, is a very weak one, with only whispers of the usual atmospheric signals showing up.

Because of that, the Columbia team is limited in what they can say about the season. “It’s a weak El Niño, so we wouldn’t expect it to have the greatest signal,” Allen said. 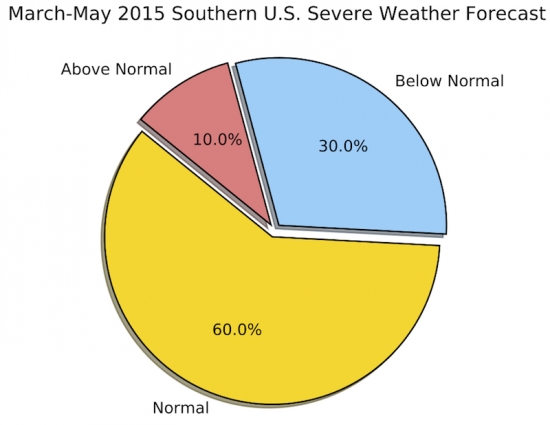 James Elsner, an atmospheric scientist at Florida State University who has looked at climate connections to tornadoes and hurricanes, said he thought such seasonal forecasting was feasible and that ENSO was a good predictor at which to look.

“I applaud their effort to push this envelope. Much more work is needed,” he said. Elsner was not involved in the research.

Tippett and Allen both emphasized that their forecast can’t say when and where tornadoes will hit or that there won’t be a major outbreak that could cause serious destruction. As hurricane forecasters warn, one storm in an otherwise quiet season can do serious damage.

“You wouldn’t want people to think, ‘oh I don’t have to worry now,’ ” Allen said.

The team still has to refine their forecasts, and other researchers are looking for other climate signals that could say something about tornado activity. Eventually, the team hopes to combine their work with that of others into an experimental seasonal forecast that NOAA can release next year, for the first time.

For now, Tippett said it’s gratifying to know that the community went from “not even knowing if [a seasonal tornado forecast] was feasible” to talking about the details of how to put one together.

You May Also Like:
Energy Bombshell: CO2 Emissions Stabilized in 2014
Summer Heat Waves May be Linked to Arctic Warming
Wind Could Power 35 Percent of U.S. Electricity by 2050
‘Twin’ Cyclones Could Jolt Weak El Nino