Evidence Shows Global Heat May Be Hiding in Oceans

LONDON – Far below the surface, the waters of south-east Asia are heating up. A region of the Pacific is now warming at least 15 times faster than at any time in the last 10,000 years. If this finding – so far limited to the depths where the Pacific and Indian Oceans wash into each other – is true for the blue planet as a whole, then the questions of climate change take on a new urgency. 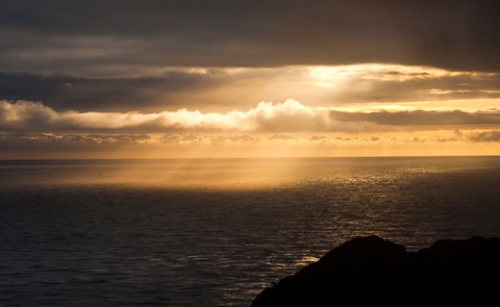 Report shows that deep ocean warming could right now be taking much of the heat that meteorologists had expected to find in the atmosphere.
Credit: Sathish J/Flickr

Yair Rosenthal of Rutgers University in New Brunswick and colleagues from the Lamont-Doherty Earth Observatory at Columbia University in New York, and at the Woods Hole Oceanographic Institution in Massachusetts, report in the journal Science that deep ocean warming could right now be taking much of the heat that meteorologists had expected to find in the atmosphere.

In the last few years, even though greenhouse gas levels in the atmosphere have gone up, the rate of increase in global average temperatures has slowed and there is evidence that much of the expected heat is being absorbed by the oceans and carried beneath the surface.

But records of ocean temperatures are patchy, and in any case date back only half a century. Rosenthal and his colleagues decided that they could reliably calculate a pattern of temperature changes by looking at a record of deposition through time.

One little single-celled organism called Hyalinea balthica has evolved to live only at depths of 500 to 1,000 metres. H.balthica makes a microscopic shell, and when it dies, this shell falls to the ocean bottom. It takes the ingredients for the shell from the elements dissolved in the water around it, and the chemical mix available varies with temperature: the warmer the water, the greater the ratio of magnesium to calcium – and this difference is then recorded in the surviving shell.

So the marine sediments around Indonesia preserve a thermal record of changes with time. The scientists studied ocean cores to “read” a pattern of climate change over the last 10,000 years, since the end of the Ice Age. The readings from the sediments mirror a series of already-known climate shifts – a very warm spell at the end of the Ice Age, a “medieval warm period” when vineyards flourished in Britain, and a “Little Ice Age” when rivers like the Thames of London routinely froze.

So equipped with a reliable guide to change the scientists were able to make sense of the changes in the last 60 years. And they found that ocean temperatures, at such depths, had warmed 15 times faster in the last 60 years that they did during the natural warming cycles of the last 10,000. 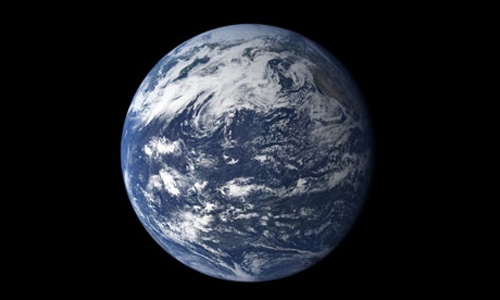 View of the Pacific Ocean from Space. A region of the Pacific is now warming at least 15 times faster than at any time in the past 10,000 years.
Credit: NASA via Climate News Network

The research is incomplete, and its chief value may be in helping to improve the models used by climate scientists. But the implication is that the heat that should be registered in the atmosphere is now being absorbed by the deep oceans.

No cause for complacency

This does not mean that climate scientists can stop worrying about global warming. “We may have underestimated the efficiency of the oceans as a storehouse for heat and energy,” Rosenthal said. “It may buy us some time – how much time I don’t really know – to come to terms with climate change. But it’s not going to stop climate change.”