LE BOURGET, France —  An Atlantic-sized gulf on a key climate issue that has divided European Union and U.S. negotiators for years seems close to being resolved.

As a critical week of the United Nations climate talks began in Paris’s suburbs on Monday, European negotiators gave what may have been their strongest signal yet that they are open to a compromise on a key legal question promoted by their American counterparts. 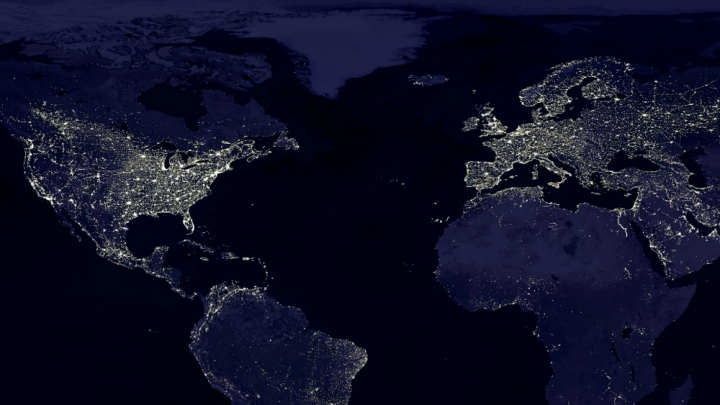 European negotiators want pledges by nations to reduce their climate impacts after 2020 to be binding under international law. That was the approach taken under the Kyoto Protocol, a 1997 climate pact that was never ratified by the U.S. because of opposition from Congress.

Obama Administration negotiators have been pushing for a softer approach. They want any climate agreement struck in Paris to be structured in such a way as to avoid punishing countries that fail to live up to their pledges — something they say would help foster the most ambitious pledges possible.

Perhaps more importantly, such a voluntary structure would avoid the need to secure approval from Congress, which is controlled by the Republican Party that is opposed to a global climate pact.

Based on statements by E.U. negotiator Miguel Arias Cañete on Monday, it now seems likely that any deal struck in Paris will adopt the U.S. approach. He spoke approvingly of a compromise favored by President Obama’s climate change envoy, Todd Stern.

Cañete said the E.U. has “a very clear concern that we don’t want to repeat the experience of Kyoto,” in which “some countries were unable to ratify” the agreement that was reached.

“Our position remains that we want binding mitigation commitments, but at the same time we want the United States on board,” Cañete told reporters. “We understand the concerns they have, because of the political situation in the Congress and the Senate, and the position of the Republican Party.”

Stern says some aspects of an agreement reached in Paris could be legally binding under existing international law, such as agreed methods for measuring greenhouse gas pollution. Under the proposed compromise, progress by nations as they strive to mitigate pollution by the amounts they are pledging in Paris would not be regulated by international law.

“There are many elements in the final Paris agreement that will be binding,” Cañete said. “The problem is whether the mitigation commitments will be binding or not.”

Stern on Monday reiterated America’s support for the compromise, which was initially proposed by New Zealand, to blend legally binding with non-legally binding aspects in a Paris pact.

Stern said “the entire accountability system” that surrounds the pledges could be legally binding, while there would not be any international legal obligation by nations to achieve their pledges.

“We’ve thought from the beginning that is an approach that is best suited to broad participation in this agreement,” Stern told reporters. “We know that there are other countries around the world — probably quite a few — that would be uneasy and even unwilling to take legally binding targets themselves.”

The emerging accord on an issue that once sharply divided two critical players at the negotiations could allow negotiators to focus more energy this week on issues that remain divisive, such as how financial support will be provided for developing countries as they strive to reduce their own climate impacts.