Deadly Heat in Europe 10x More Likely Than Decade Ago

In the summer of 2003, when temperatures soared above 100 degrees throughout western Europe, the heat wave killed more than 14,800 in France alone and 35,000 people across the continent. It was the most intense heat Europe had seen in more than 500 years.

A new study published Monday in the journal Nature Climate Change shows that not only could such a heat wave occur again, Europe is now 10 times more likely to see a repeat of such an intense heat wave than it was just a decade ago because of human-caused global warming. 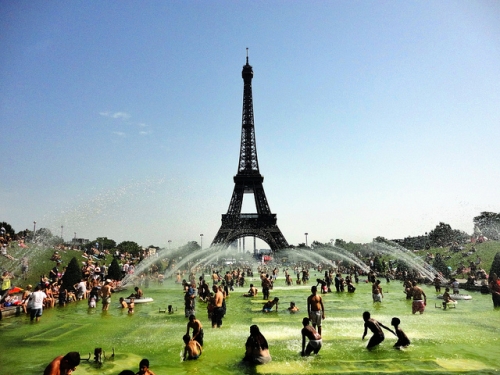 Parisians cooling off beneath the Eiffel Tower. The 2003 European heat wave killed nearly 15,000 people in France, and such a heat wave could occur again because of climate change.
Credit: Chris Walts/flickr

That kind of heat wave could come every 127 years and be “very common” by the 2040s, much more frequently than the once every 1,000 years or so as previously thought as global warming is increasing the likelihood of such catastrophic heatwaves.

Using summer temperature observations from 2003 to 2012 and new computer models, the study, conducted by researchers at the Met Office, the United Kingdom’s weather and climate forecasting center, looked at at how humans may be influencing the probability of heat waves in Europe.

“Over the last 10-15 years, European summers have become markedly warmer,” the study’s lead author, Met Office climate research scientist Nikos Christidis, said. “There has been an increase of about 0.8 degrees (celsius, or 1.45°F) in the European area we considered in our paper. As a result, extreme temperature thresholds are now much more likely to be exceeded, which explains the ten-fold increase in the frequency of extremely hot summers we report in the paper.”

Christidis’ study revisits 2004 research attributing the previous year’s heat wave to human-caused climate change. That study showed that global warming had doubled the probability that a very hot summer in Europe had doubled, possibly occurring once every 52 years.

The new study shows that a very hot summer could now occur every five years and a heat wave like the one in 2003 could occur every 127 years. The previous study just a decade earlier suggested that such a heat wave was likely less than once every 1,000 years. 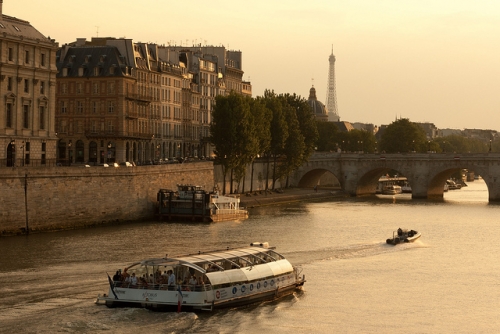 Kevin Trenberth, senior scientist at the National Center for Atmospheric Research in Boulder, Colo., said that although increases in heat waves seem assured, it is less clear that natural variability has been fully accounted for in the study.

Examining a decade of temperature changes since 2003 is insufficient to discount the effect of natural variability, he said.

There is a greater risk of future heat waves, but Christidis’ findings don’t seem to add much to what the Intergovernmental Panel on Climate Change has already reported, Trenberth said.

“Given the rarity of some of what is talked about (in the study): extreme heat waves, then it is quite easy to get an increase in their likelihood by a factor of 10 later in the century,” Trenberth said via email. “One needs to be careful about exactly what that means, though. To me, the more worrying aspect is the changes in drought that are not mentioned. That, along with the heat, increases risk of wildfire, as seen in Russia in 2010, and this will happen elsewhere as well, not just Europe.”