Climate change is driving the Greenland Ice Sheet to melt, which is contributing to sea level rise. But imagine that the same amount of water melting from Greenland each year is being lost in California and the rest of the West because of the epic drought there.

What happens? The land in the West begins to rise.

In fact, some parts of California’s mountains have been uplifted as much as 15 millimeters (about 0.6 inches) in the past 18 months because the massive amount of water lost in the drought is no longer weighing down the land, causing it to rise a bit like an uncoiled spring, a new study shows. 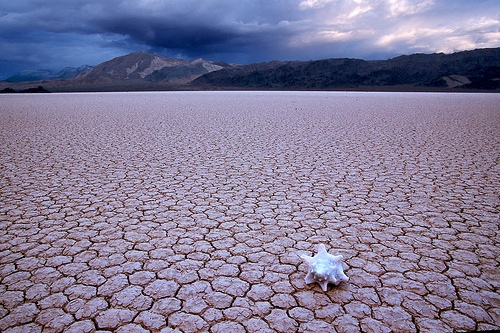 For the first time, scientists are now able to measure how much surface and groundwater is lost during droughts by measuring how much the land rises as it dries. Those are the conclusions of the new study published Aug. 21 in the journal Science by researchers at the Scripps Institution of Oceanography at the the University of California-San Diego.

The drought that is devastating California and much of the West has dried the region so much that 240 gigatons worth of surface and groundwater have been lost, roughly the equivalent to a 3.9-inch layer of water over the entire West, or the annual loss of mass from the Greenland Ice Sheet, according to the study.

While some of California’s mountains have risen by about 0.6 inches since early 2013, the West overall has risen by an average of about 0.157 inches.

“Groundwater is a load on the Earth’s crust,” said Klaus Jacob, a seismologist at Columbia University’s Lamont-Doherty Earth Observatory in Palisades, N.Y., who is unaffiliated with the study. “A load compresses the crust elastically, hence it subsides. When you take that load away (by the drought) the crust decompresses and the surface rises. From the amount of rising, one can estimate the amount of the water deficit.”

The drought-related uplifting was discovered when researchers were analyzing data from GPS stations within the National Science Foundation’s Plate Boundary Observatory. One researcher noticed that all of the GPS stations moved upward since 2003, coinciding with the timing of the current drought.

But most of the movement occurred since last year as the West’s drought has become more and more extreme, said Duncan Agnew, a professor at the Institute of Geophysics and Planetary Physics at the Scripps Institution of Oceanography at UC-San Diego, and a study co-author.

“The implications of this have yet to play out,” Agnew said. “What we’ve shown is that there is a measurement technique we can use to get a total water loss — water loss in places where we have no direct measurements.” 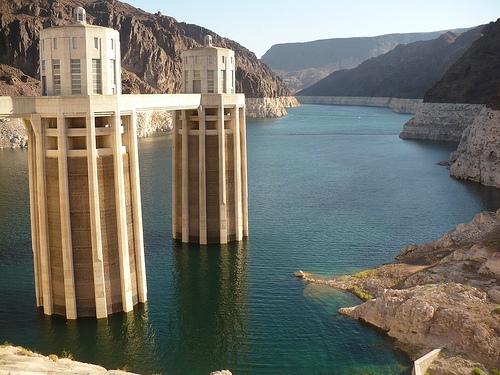 He said such uplifting likely occurs in every drought, but it has never been observed before because scientists did not have the tools to detect the uplifting until now.

“That’s why this study is interesting,” Agnew said. “We can use this set of tools, which were installed for a different purpose in order to monitor water changes.”

He said the uplifting likely has no significant effect on earthquake potential in California and elsewhere even though loss of ground and surface water has added stress to major faults in the region.

Jacob said the study shows that the changes in the elevation of the landscape and the stress on faults are so small the effect will be extremely minor.

But, Jacob said, the significance of the study is that it shows a new way for scientists to estimate total water loss during times of drought, which would be more difficult to estimate without being able to detect how much the land is being uplifted in dry years.

Bike Sharing: How Climate Friendly Is It?
Picture This: Twin Waterspouts and Amazing Aurora
What’s Behind Super Typhoon’s Rapid Intensification?
Planet is Running a Temp: State of the Climate 'Check-Up'