EPA to Create CO2-Slashing Plan for States That Won’t

The Clean Power Plan, the Obama administration’s proposal to cut carbon emissions from existing coal-fired power plants as a way to tackle climate change, leaves it up to states to figure out how they’ll slash CO2 emissions from power plants. But some states, such as Texas and others that rely heavily on fossil fuels, have said they won’t comply with the emissions cuts plan because they fear it could hurt the energy industry and the jobs it provides. 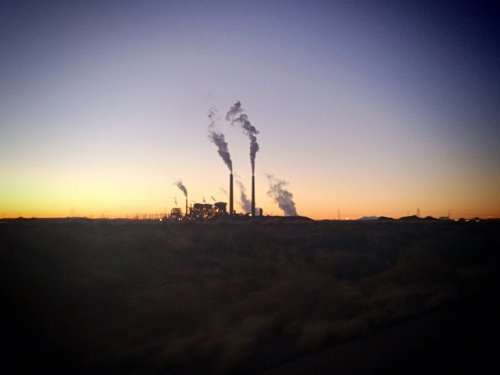 The EPA responded to those states Wednesday, saying it will use the Clean Air Act to implement its own CO2-slashing plan in the states that choose not to create their own plan.

“We hope that every state will feel it’s in their best interest to develop their own plan,” EPA Acting Assistant Administrator Janet McCabe said during a call with reporters. “We do have an obligation under the Clean Air Act to have a federal plan available should there be states that don’t submit plans.”

McCabe said the EPA has no details on what such a model plan would look like. The agency will issue a formal proposal for the plan during the summer, followed by a period for public comment.

Bill Becker, executive director of the National Association of Clean Air Agencies, said that the development of the federal model for CO2 emissions cuts was expected, and it is likely to be more restrictive than plans most states will come up with themselves.

“There is probably a need for a federal implementation plan because some states, maybe governors, will wait and see if and when the EPA comes forward with a backstop,” he said. “The development of a (federal emissions cut model) will put enough political pressure on states to move forward.”

McCabe also announced that a final version of the Clean Power Plan, originally expected in June, will come later in the summer along with two other EPA rules placing emissions caps on newly built and reconstructed power plants that run on fossil fuels.

You May Also Like:
One for the Record Books: 2014 Officially Hottest Year
2014 Will Go Down As Hottest In California’s History
2014 Set for Record Hot; Record Cold Thing of the Past
6 Degrees: 2014 Records, Snowvember, CO2 and More
2014 Extreme Weather: Looking for Climate Ties