Proposed greenhouse gas rules affecting America’s electricity industry are inflaming entrenched schisms between some governors and the president — but they could eventually lead to an unprecedented level of unity among states on climate action. 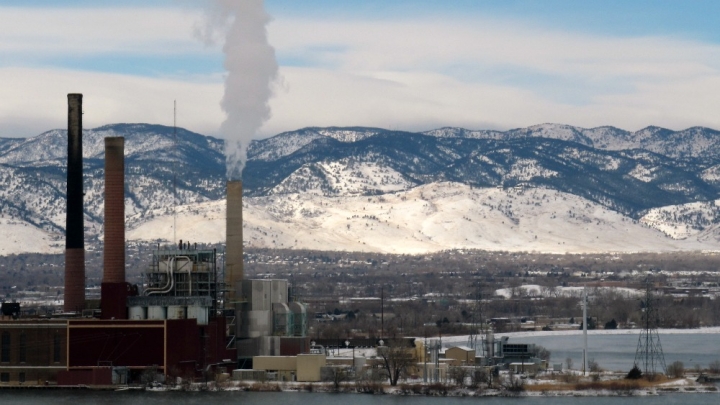 If it survives court challenges, the EPA’s Clean Power Plan will force state administrations to impose regulations or take other approved steps to reduce climate pollution from power plants by nearly a third in 2030, compared with 2005 levels. That could involve switching away from coal, for example, or replacing the facilities with solar and wind farms.

Even states that are suing to block the Clean Power Plan are preparing plans to comply with it. More often than not, those preparations are considering the potential of multi-state alliances.

Months before the rule is due to be finalized, four sets of regional talks — collectively involving at least 41 states in one form or another — have begun to explore interstate collaborations. Some discussions have already yielded informal decisions. Some have been limited to workshops where multi-state approaches have been explained and discussed. And in one set of talks, some states participated only as observors or asked to be included in the future.

“We’re seeing those discussions happen organically,” Jackson Morris, a Natural Resources Defense Council official involved with some of the talks, said. “What we’re going to see in the coming months, especially as the final rule comes out in the summer, is that hopefully those states begin to engage in even more in-depth discussions.” 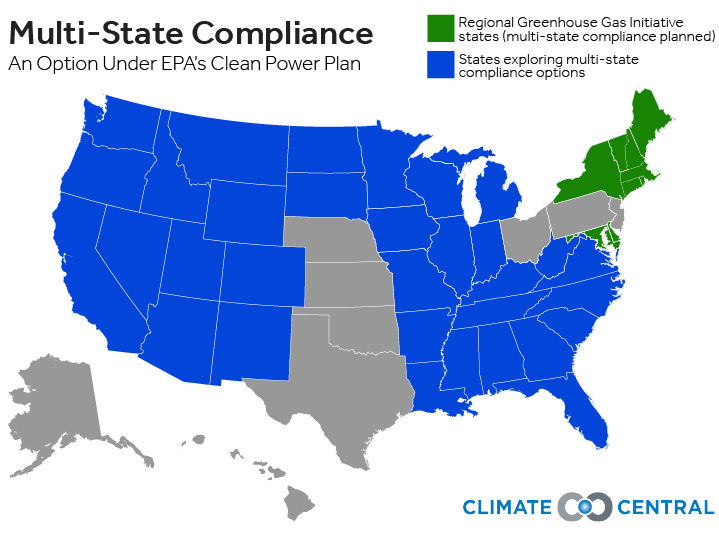 The talks are being propelled by studies that are concluding economic impacts would be lessened if a state reduces pollution from its power sector in collaboration with neighbors, rather than doing so alone. “Market-based approaches to environmental compliance — for example, capping of sulfur dioxide emissions from power plants under the Acid Rain Program — have been shown to considerably lower regulatory costs,” noted a Duke University policy brief dealing with the Clean Power Plan published this month.

The various talks could lead to a proliferation of new cap-and-trade programs modeled on the Regional Greenhouse Gas Initiative (RGGI). That’s a power plant-focused program that’s been in place in eight Northeastern and Mid-Atlantic states since 2008, in which climate-changing pollution is capped at a certain level. Allowances needed to produce that pollution are sold by the states and traded among polluters.

“RGGI could well become a model cap-and-trade system for states or groups of states to use for compliance with the Clean Power Plan,” Robert Stavins, a Harvard University professor who directs the school’s environmental economics program, said. “This is partly because RGGI has the same scope as the Clean Power Plan — the power sector.”

States interested in multi-state approaches to meeting the upcoming climate rules could create their own cap-and-trade programs, or similar programs that put prices on carbon pollution, such as taxes, then link the programs together. Or they could join RGGI, or link with California’s cap-and-trade program, as Quebec did last year.

Stavins and other experts point out, though, that interstate collaboration would be possible even if states aren’t interested in cap-and-trade programs. “Multistate compliance plans definitely do not require cap-and-trade, or any other specific instrument,” Stavins said.

Talks involving states stretching east from Idaho and south from the Midwest through Arkansas and Louisiana are being coordinated by a 14-state group known as the Mid-continent States Environmental and Energy Regulators. Colorado State University’s Center for New Energy Economy is convening talks involving 13 Western states. Southeastern states have been participating in workshops related to the Clean Power Plan that have included discussions of multistate approaches.

The RGGI states, which include New York, Maryland and Vermont, have already informally resolved to use their cap-and-trade program to comply with the new power plant rule. That might involve ratcheting the annual cap on carbon pollution down to new levels, which would encourage — and help fund — greater electricity conservation efforts and new investments in renewables, while increasing the cost of polluting alternatives.

Kelly Speakes-Backman, a Maryland public service commissioner who chairs RGGI’s board of directors, said the group has already told the EPA it would use RGGI as their compliance mechanism. “We'll all need to wait to see what’s in the final [Clean Power Plan] proposal before any state or regional plans are finalized.”

RGGI is due to expire in 2020, and the proposed Clean Power Plan, which would cover the period until 2030, appears to be boosting confidence among power plant operators that the cap-and-trade program will be extended for at least another decade, helping to push up prices paid for pollution allowances at a recent auction. “They’re expecting this program to become more strict,” Jordan Stutt, a policy analyst with the Acadia Center, said.

You May Also Like:
Atlantic Circulation Weaker Than In Last Thousand Years
Scientists Have Mixed Opinions on Flat CO2 Emissions
Climate Work Highlighted on World Meteorological Day
Deforestation Slowing, But Forests Are Breaking Down
‘Green’ Diesel Fuel Use Plummets in U.S.