Texas emits more carbon dioxide from electric power plants into the atmosphere than any other state, and Washington State is one of the least CO2-emitting states in the country.

But Texas may have to slash a smaller amount of its emissions under the U.S. Environmental Protection Agency's proposed Clean Power Plan, while Washington State would have to cut the highest percentage of CO2 emissions of any state in the U.S. 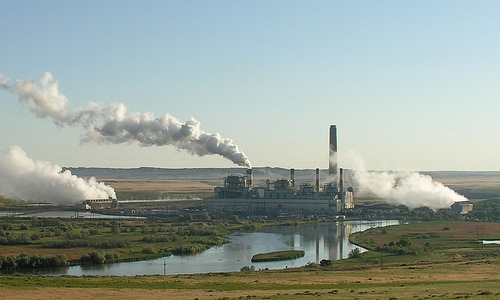 How the U.S. Environmental Protection Agency reached the Clean Power Plan's CO2 emissions reduction goal for each state is somewhat mysterious, experts say, with answers buried in a complex formula that doesn't clearly detail why each state would have to slash its carbon dioxide emissions to a certain level under the plan.

The Clean Power Plan, unveiled June 2, is the Obama administration's plan to require states to find ways to slash CO2 emissions from existing power plants that operate on fossil fuels. The goal is for the U.S. as a whole to see its fossil fuel-fired power plant CO2 emissions reduced to 30 percent below 2005 levels by 2030.

The Clean Power Plan calls for Texas to cut its existing power plant CO2 emissions by about 39 percent by 2030, reducing its 2012 emissions rate from 1,298 pounds of CO2 emissions per megawatt hour to 791 pounds.

Likewise, the plan calls for Indiana to slash its power plant emissions by 20 percent, Pennsylvania by 32 percent and Florida by 38 percent. All of those cuts are about average for EPA state emissions cuts goals.

But the EPA is calling for the biggest cuts in power plant CO2 emissions to come from a state with one of the tiniest carbon footprints — Washington State.

Washington ranks near the bottom of the list of greenhouse gas emitting states and has a power plant CO2 emissions rate of only 763 pounds per megawatt hour — the nation’s fifth lowest behind California, Maine, Idaho and Vermont.

Washington’s power plants emitted about 6.1 million metric tons of CO2 in 2012. Only Idaho and Maine emit less CO2 from their power plants, and Vermont isn’t included in the Clean Power Plan because it has no power plants running on fossil fuels.

The reasons the Clean Power Plan calls for Washington and more polluting states such as South Carolina to cut more CO2 emissions than Texas are complicated and based on the four “building blocks” the EPA used to calculate each state’s unique emissions cut goal.

The first two “building blocks” include how much the EPA believes each state can reasonably make its coal-fired power plants more efficient and increase the use of natural gas-fired power plants as a way to offset the use of coal. Another block asseses a state's ability to increase the use of energy sources that emit no CO2, including wind, solar and nuclear. The last building block considers how consumers can use energy more efficiently, helping to reduce electric power demand.

“This doesn’t necessarily mean that it’s easier for one state or more difficult for another (to reduce emissions),” EPA acting assistant administrator Janet McCabe said in a statement. “It just means that each state’s goal reflects its potential to reduce pollution from its own unique starting point.”

According to an analysis by the Center for Climate and Energy Solutions, or C2ES, the EPA is calling for Texas to reduce 20 percent of its CO2 emissions by displacing its use of coal plants with more frequent use of combined-cycle natural gas-fired power plants.

Despite being the nation’s biggest CO2 emitter, Texas is already ahead of other states in producing electricity from sources other than coal. Texas produces more wind power than any other state, and natural gas is the state’s chief source of electricity.

The EPA wants to see the state reduce its CO2 emissions by about 9 percent by using even more renewables and by an additional 20 percent by using more natural gas for power generation. Reductions in consumer power demand and increases in energy efficiency account for about 5.5 percent of Texas’ CO2 emissions reduction goal.

The agency is calling for Washington State to increase its use of renewables enough to account for nearly 20 percent of its CO2 emissions reduction goal. The state already uses more hydropower than any other state, and coal power makes up only a tiny share of its total electricity generation. Most of the goal would be achieved by using more natural gas to produce electricity.

EPA officials did not answer questions about how the agency arrived at each state's CO2 emissions reduction goal. EPA Media Relations Director George Hull told Climate Central that EPA officials and scientists can speak to journalists about technical details of the plan only on “background,” a practice of providing information that cannot be quoted directly or attributed to a specific source. 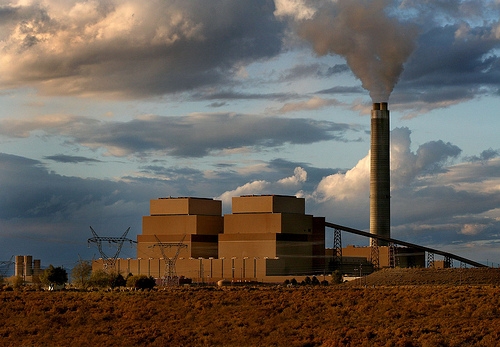 Doug Vine, C2ES senior energy fellow, said the EPA’s reasoning for setting differing CO2 emissions goals for each state is based on many factors, but ultimately, it’s unclear how the agency reached its conclusions.

“To explain how different states wound up with different targets, I think it’s a little bit of a mystery,” he said.

The general strategy the EPA used to reach each state’s goal is fairly clear, he said. Using its own data, the EPA factored in how each coal-fired power plant could be managed better to become more efficient, and how some states can use more renewables and their natural gas power plants more often. Natural gas-fired power plants often supplement coal power at times of high electricity demand.

But some states, such as Kentucky, which would need to cut only 18 percent of its CO2 emissions to meet its goal, have very few natural gas power plants available to them.

“Kentucky is nearly 98 percent coal,” Vine said. “They don’t have a lot of opportunity to make that switch.”

South Carolina, which would have to reduce its emissions by about 51 percent under the Clean Power Plan, has nuclear reactors expected to become operational by 2019, and Washington has a coal-fired power plant likely to be shuttered by then — all possible factors in the EPA’s CO2 reduction goal calculations, Vine said.

With Washington using so much hydropower, Texas using so much wind power and others using so much coal power with few alternatives at their disposal, each state has a different starting point for reducing emissions that makes sense on paper but seems “skewed” when considering a state’s overall CO2 emissions, he said.

“Those things will have to be worked through,” he said. “There’s still a fair amount of mystery in there.”

Barring delays caused by legal challenges, the EPA is expecting to finalize the Clean Power Plan by mid-2015. Public comments are being taken until October after public hearings on the plan scheduled throughout the country in July.