Americans are using less electricity as buildings become more energy-efficient and industrial power demand weakens, and a new report says that is leading to three trends: Declining carbon dioxide emissions, low electric power prices and the decline of coal, which has until recently been the primary fuel used to produce electricity.

Some of the nation’s largest electric utilities have been slow to cut carbon dioxide emissions in recent years, but as coal-fired power plants are shut down and states develop more wind and solar, carbon emissions are falling more quickly, according to the report published Wednesday by Bank of America, the Natural Resources Defense Council, climate think tank Ceres and three major utilities — Exelon, Entergy and Calpine. 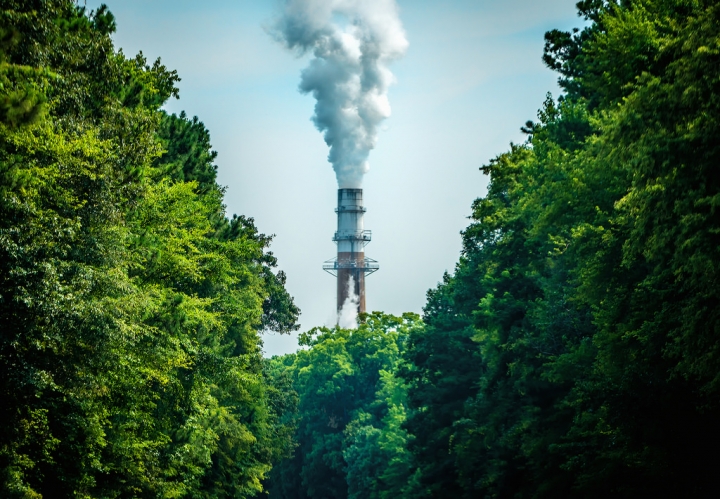 U.S. power plants’ carbon dioxide emissions were 14 percent higher in 2014 than they were in 1990. But the good news for the climate is that emissions fell about 15 percent between 2005 and 2014, and early data suggest that they fell another 6 percent between 2014 and 2015, reducing emissions to just above 1990 levels, the report says.

By contrast, spurred by environmental regulations under the Clean Air Act, utilities have cut their nitrogen oxide and sulfur dioxide emissions — major air pollutants — by more than 75 percent since 1990, and mercury emissions were cut 55 percent since 2000.

“Less progress has been made in terms of reducing CO2 emissions,” the report says.

Generating electricity is the primary source of greenhouse gas emissions causing climate change both in the U.S. and across the globe and the target of the Obama administration’s most sweeping climate policy — the Clean Power Plan. But the way Americans produce and use electricity is changing, and the climate may benefit, according to the report.

More zero-carbon energy is being produced from wind and solar, and low natural gas prices and mercury pollution regulations are encouraging utilities to shutter coal-fired-power plants and open new ones that run on natural gas, which emits less carbon dioxide, the report says.

“Renewable energy is widely expected to continue its strong growth, which will put the electricity sector in an excellent position to help the U.S. meet its international commitments,” said Starla Yeh, senior policy analyst in the Climate and Clean Air Program at NRDC. “We must reach this milestone to avoid the worst impacts of climate change.” 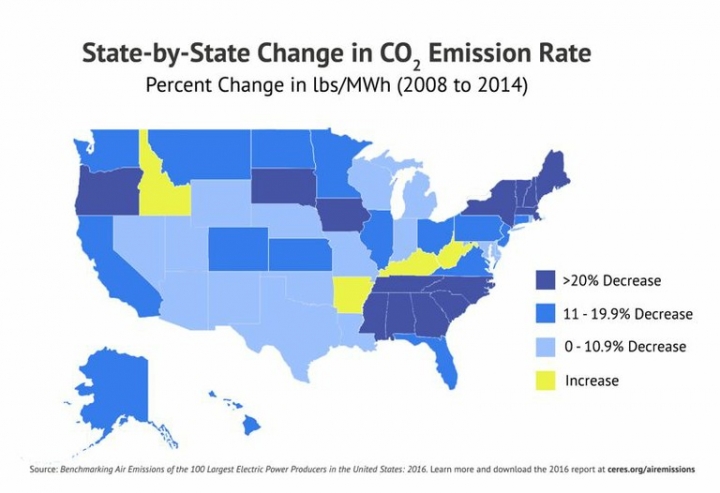 The most progress in reducing carbon emissions from electric power plants has been made in New England and the South, where many states have cut their carbon emissions rate by greater than 20 percent since 2008.

The South stands out because the region has been traditionally resistant to renewables, but with a greater focus on shutting down coal-fired power plants, six states have cut the rate of their carbon emissions by more than 20 percent between 2008 and 2014. Those states include North Carolina, South Carolina, Georgia, Alabama, Mississippi and Tennessee.

“The primary factor is a shift away from coal and toward natural gas,” said Dan Bakal, director of electric power for Ceres.

Some Southern states have added renewables and use some nuclear power, but those were not major factors in their emissions reductions, he said.

You May Also Like:
Antarctic CO2 Hit 400 PPM For First Time in 4 Million Years
Fishing For Bright Spots in a World of Sick Reefs