Hundreds of thousands of Europeans will suffer a premature death in the next two decades as the result of governments’ failure to act on air pollution, Europe’s environmental watchdog has warned. 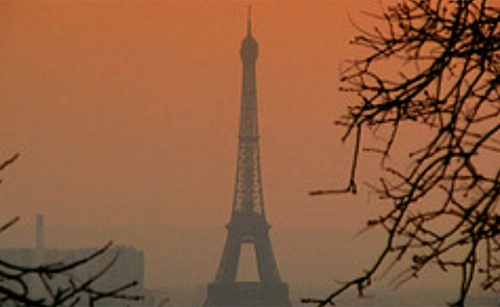 In 2011 more than 400,000 are estimated to have died prematurely as a result of breathing toxic fumes.
Credit: Storm Crypt/Flickr

In 2011, the latest year for which figures have been reliably collated, more than 400,000 are estimated to have died prematurely as a result of breathing toxic fumes, despite recent improvements in some countries, the European Environment Agency (EEA) said.

According to the organization's State of the Environment report for 2015, published on Tuesday, the UK has been one of the worst offenders, with government figures showing that European Union regulations on air quality will not be met in cities including London, Birmingham and Leeds until 2030. Europe is also faring badly on other environmental indicators, including the loss of biodiversity to intensive farming and urbanization, and the poor state of many inland freshwater systems.

The report points to some successes: coastal water pollution has been cleared up in many regions in the last two decades, as untreated sewage no longer is allowed to foul bathing beaches, and greenhouse gas emissions have been reduced overall. But the EEA warned that although the EU was making progress on industrial pollution, air pollution and waste management, the outlook for two decades from now is increasingly grim on all environmental fronts.

The agency rated key environmental indicators on a “traffic lights” system: red, amber or green for how well they are being dealt with currently, and how that is likely to change in the next 20 years. None of the 20 key indicators were rated as green in its 20-year-plus forecast.

In its five-year report, the EEA also urged member state governments to take a more “joined-up” view of environmental issues. A key problem, the study said, is the lack of coordination of regulation intended to address different aspects of environmental damage, such as water systems and biodiversity.

This can lead to trade-offs between good and bad effects. For instance, for more than a decade EU member states have tended to encourage the use of diesel vehicles with favorable tax regimes and pricing structures.

This has been one factor in bringing down greenhouse gas emissions from fossil fuels used for road transport, as diesel engines are more fuel-efficient than their gas counterparts, but it has resulted in greater air pollution. Diesel engines spew out more particulate matter and nitrogen dioxide than gas-driven cars, giving rise to breathing difficulties in vulnerable people, such as children and the elderly.

Hans Bruyninckx, executive director of the EEA, called for a “systemic” approach to protecting Europe’s environment. “It is not enough to look at these issues in isolation,” he told the Guardian. “They are interconnected and the way we study them and measure them and deal with them must be interconnected too.”

Although member states are currently doing well on bringing down greenhouse gas emissions, this will be a problem in 20 years’ time, the report found. Ecosystems across the continent are in dire straits, with terrestrial and freshwater biodiversity given red ratings based on current trends, and in the two-decade outlook. Land use and the health of the soil receive a similar red warning, as does the impact that climate change is likely to have on ecosystems.

“Our analysis shows that European policies have successfully tackled many environmental challenges over the years,” Bruyninckx said. “But it also shows that we continue to harm the natural systems that sustain our prosperity. While living within planetary limits is an immense challenge, there are huge benefits in responding to it. Fully using Europe’s capacity to innovate could make us truly sustainable and put us at the frontier of science and technology, creating new industries and a healthier society.”