The easing of California’s drought has boosted the state’s early spring hydropower generation to its highest level since 2011, helping it to recover from a 15-year low reached last year. But hydroelectricity production is not expected to improve much overall this year, according to the U.S. Energy Information Administration.

The West’s four-year drought desiccated many reservoirs in California, the nation’s fourth largest hydropower producer, reducing their ability to generate electricity and forcing the state to rely on other renewables and more fossil fuels for its power supply. 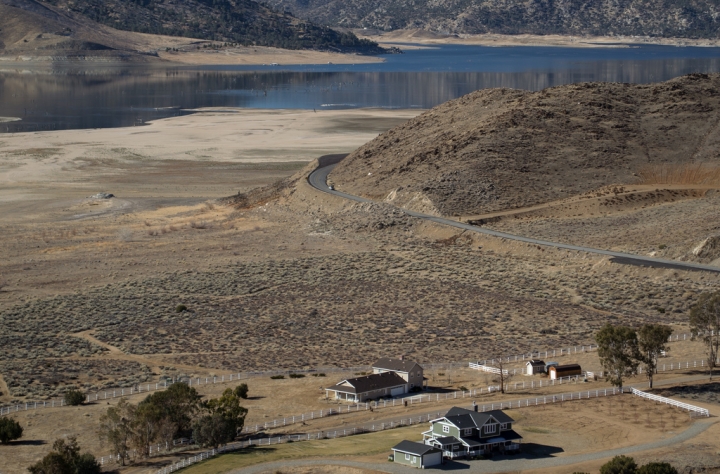 Though hydropower generated at large reservoirs is not included in California’s climate goals, it is a major source of renewable electricity that helps offset the country’s reliance on coal for electricity.

Since the drought began in 2012, Californians burned an additional $2 billion worth of natural gas to make up for lost hydropower, increasing greenhouse gas emissions from the state’s electric power sector by 10 percent, said water and climate analyst Peter Gleick, president of the Oakland-based Pacific Institute, a global water think tank.

California’s hydropower boost follows El Niño-fueled storms, which marched across the state over the winter, helping to fill some reservoirs to above their historical averages, state data show.

Tim Shear, an economist at the U.S. Energy Information Administration, said the state’s hydropower production in March — 2.77 million megawatt hours — was the highest of any March since 2011.

Hydropower generation usually peaks each summer when reservoirs are swollen with snowmelt and rainfall. The 2015 peak occurred in July at about 1.9 million megawatt hours, the lowest annual peak since 2001.

Nearly-full reservoirs point to more hydropower generation for the short term, but it may not continue through through the summer.

Though the U.S. Climate Prediction Center’s seasonal outlook shows that California is likely to receive average rainfall this summer, warmer-than-normal temperatures are expected, which will help evaporate water stored in hydroelectric reservoirs.

Gleick said he expects that California’s hydropower generation will recover only marginally this year.

“Northern California received about an average amount of rainfall, but the reservoirs were extremely low and so less than an average amount of water was let go through the turbines,” he said. “I would estimate that 2015-2016 will be below average (for) hydropower again, though certainly better than last year.”