The Netherlands’ plans to rely on wood energy to produce electricity have been thrown into turmoil, with lawmakers fearing the program will waste money, hurt the environment and prolong the lives of polluting coal power plants. 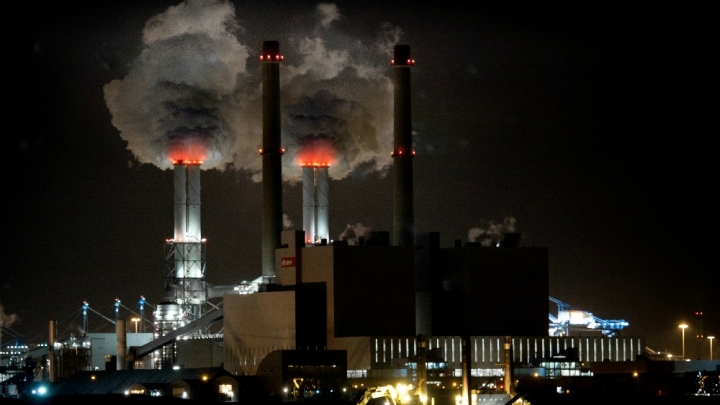 A power plant in the Netherlands.
Credit: Marcel Oosterwijk/Flickr

The burning of wood to produce electricity has been expanding across Europe, where it is heavily subsidized by national governments because it counts as renewable energy. Such energy can be environmentally friendly at local scales, but used on large industrial levels it can accelerate global warming, worsen deforestation, and push up wood and paper costs.

Most wood burned in European power plants comes from the pine plantations and natural hardwood forests of the southern U.S. More than 8 million tons of American trees and waste wood was turned into more than 4 million tons of wood pellets exported to Europe in 2014.

Dutch parliamentarians voted last week to suspend plans to provide subsidies for wood energy until the country’s economic affairs ministry has explained how and when all of the nation’s coal power plants will be shuttered.

Billions of dollars in Dutch government subsidies have been earmarked to help the owners of coal power plants blend wood pellets in with their coal fuel, reducing on-paper climate impacts through a practice known as biomass co-firing. Most biomass fuel is made from wood, although crops and agricultural waste can also be used.

A Climate Central analysis has shown that burning wood pellets for electricity can release 15 to 20 percent more carbon dioxide pollution than burning coal. Yet a loophole in European climate-protection rules allow nations and power plant owners to avoid counting any of the climate pollution released when wood burns.

Compared with its European neighbors, the Netherlands is a laggard on renewable energy. Wood energy is seen as a way of quickly boosting the share of renewables in Holland’s electricity mix from less than 6 percent in 2014 to the 14 percent mandated by the European Union by 2020.

A growing chorus of Dutch politicians, environmentalists and others is arguing that the best way to comply with European climate laws and a recent climate lawsuit ruling, however, is to shut down the coal plants entirely.

“The majority of Parliament currently wants to close all coal power plants in the Netherlands,” said Jan Vos, a Labor Party parliamentarian who pushed for last week’s vote.

“If we subsidize biomass for a timeframe of 8 to 11 years, which is currently the case, then that means that you have a lock-in for 8 to 11 years,” Vos said. “We will have to pay those subsidies for that entire timeframe.”

The vote may have been the most profound challenge yet within the European Union to the purported climate benefits of large-scale wood energy. It followed the opening of a European investigation into a similar subsidies program for wood energy in Britain. 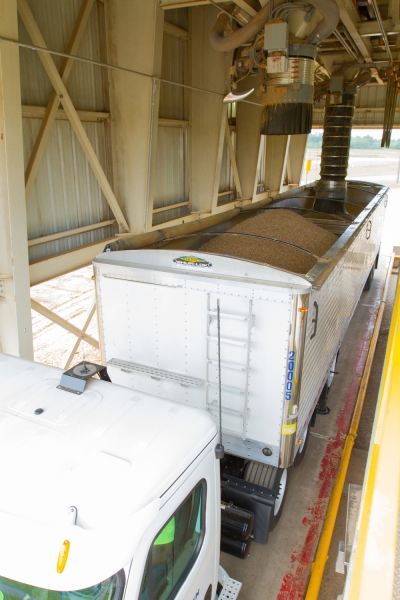 Wood pellets loaded at a mill in Virgina onto a truck, en route to an export terminal.
Credit: Ted Blanco/Climate Central

“There’s an ongoing debate on the real emission reduction that biomass delivers, and if co-firing should be promoted at all,” said Ernst Worrell, an energy professor at Utrecht University in the Netherlands.

Forests that are cut down to produce power plant fuel absorb carbon dioxide pollution as they recover and regrow. But it takes decades of regrowth before they can recapture the amount of pollution released when the wood pellets were produced, transported and burned — if they ever do.

The global warming impacts of wood fuels are “typically very difficult” or “impossible” to calculate, concluded a 339-page report produced for the European Union that was finalized in December and released publicly last week.

The report warned the climate impacts of wood energy could be 50 percent worse than coal in the worst circumstances.

While there has been a long-running debate in the Netherlands regarding the environmental impacts of wood energy, the recent vote focused specifically on the future of the country’s coal power plants.

“The vote in parliament is basically the result of a difference in views in how fast and how to reduce the greenhouse gas emissions in the power sector,” Worrell said. “The parliament wants the minister to speed up, while he is very reluctant to do that.”

After an environmental group won a high-profile lawsuit in June forcing the Dutch government to slash climate pollution by 2020, the nation’s parliamentarians passed a resolution in November directing the economic affairs ministry to prepare a plan for ending the use of coal energy.

“Number one, the government must write a plan for phasing out coal power plants altogether,” said Liesbeth van Tongeren, a Green Party parliamentarian who supported the resolution.

Last week, the parliamentarians went a step further, requesting a halt to plans to use about $4 billion in tax revenue and energy fees to subsidize wood energy at the same power plants — at least until details of a coal plant phase-out have been published.

“The second one was, ‘No subsidies to be given to these coal-fired power plant boys until you’ve made that plan,’” van Tongeren said.

Such resolutions are nonbinding, but it’s unusual for them to be ignored.

Henk Kamp, Holland’s economic affairs minister, told parliamentarians he would publish the coal plant phase-out plan in the fall, saying in a letter that “further research is necessary” into the consequences of different potential approaches. His office is still reviewing last week’s biomass resolution.

American and European environmentalists celebrated the vote last week, cheering it as a victory in their escalating campaigns against what once was an obscure source of energy.

American producers of industrial wood pellets, on the other hand, downplayed its significance, casting it as a blip in an ongoing political spat within Holland. U.S. Industrial Pellet Association spokesman Seth Ginther said members of his group still “look forward to supplying” wood pellets to Dutch power plants “in the very near future.”