To understand why the West has been so dry since the turn of the century, cast your eye further west — to the natural waxing and waning of Pacific Ocean winds.

Strong trade winds have been forcing heat into ocean depths, contributing to a temporary slowdown in land surface warming over the past 15 to 20 years that some have called a warming hiatus, pause or false pause. New research published in the Journal of Climate has gone further — implicating those winds in stubborn droughts afflicting Western states.

“We know there’s a lot of natural variability in the (climate) system,” Tom Delworth, a climate modeler at the Geophysical Fluid Dynamics Laboratory in Princeton, N.J., said. “It’s not surprising, but it’s important to understand mechanisms for this hiatus.”

Delworth and his colleagues looked at the role strong winds blowing out of the east have played in pushing warm water across the Pacific and eventually forcing it below the surface. Meanwhile, cooler-than-normal water has risen up to replace it in the eastern Pacific, a mechanism that has temporarily helped slow the rate of warming on land, despite continued global warming. (Globally, 2014 was the hottest year on record, and 13 of the hottest 15 years have been recorded since 2000.)

The ocean and atmosphere are intimately linked, so the story doesn’t just stop in the watery depth of the Pacific. Delworth’s analysis shows the precipitation deficit that has driven drought in the western U.S. since the early 2000s is due to these changes in the Pacific region. In particular, ocean conditions have helped set up a ridge pattern that deflects storms into Canada.

If that sounds familiar, it’s because that’s what has been happening to California, the current epicenter of a decade-long western drought and victim of the ridiculously resilient ridge. But just three years ago, it was Oklahoma and Texas in the drought’s bullseye, and much of the region has dealt with some form of drought since at least 2002.

The results of the research show that 92 percent of the dry conditions in the West can be tied back to the trade wind shift in the Pacific, with the remainder due to humanity’s greenhouse gas pollution.

Kevin Trenberth, a climate scientist at the University Corporation for Atmospheric Research in Boulder, Colo., said not factoring in the role of heat in driving and reinforcing drought was a major oversight in the new study. He noted recent research on the California drought, which shows how rising temperatures there have increased the odds of drought.

Delworth said that the role of human-influenced heat in drought wasn’t necessarily the aim of the study, but that it could certainly be a factor. 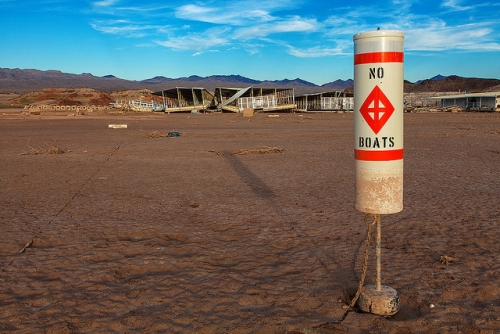 The results contribute to a growing body of research on the slowdown in the rise of global temperatures. Much of that work ties the phenomenon to ocean cycles, though volcanoes might also have a role to play.

“It’s the ocean hiding the heat, which would normally warm the surface,” Ka-Kit Tung, a climate modeler at the University of Washington, said. “The question is which ocean and this paper is not fully answering that question.”

Tung’s own work has pointed to the Atlantic as the main driver of the hiatus. Delworth said the Atlantic could be a possible driver of the Pacific’s weird winds, but understanding their exact cause remains “the million dollar question.”

Shang-Ping Xie, a researcher at the Scripps Institute for Oceanography, said the new study “made significant advances” on his own work published two years ago that also hit on the tropical Pacific as a hiatus and drought influencer.

Right now, scientists are only able to predict the vagaries of the region a few months in advance. Better forecasts could help water managers, farmers and other industries in the West that rely on water, especially with projections for megadrought looming for the region by mid-century.

“We need water resource systems that are resilient to those extremes in systems due solely to natural variability,” Delworth said. “Riding on top of that is this long-term warming trend that will also increase demand.”

There’s also a question of just how long the winds will continue to blow and what their impact will be. Xie said the findings offer a “tantalizing” glimpse of their impact if they persist.

“Even if we keep blowing these winds, the hiatus can only last 10 to 20 years,” Delworth said.