Forests are sometimes called the lungs of the earth — they breathe in carbon dioxide in the atmosphere and store it in tree trunks until the forest dies or burns. A new study, however, shows that forests devastated by drought may lose their ability to store carbon over a much longer period than previously thought, reducing their role as a buffer between humans’ carbon emissions and a changing climate.

The study, published Thursday in the journal Science by a team of by researchers at the University of Utah and Princeton University, shows that the world’s forests take an average of between two and four years to return to their normal growth and carbon dioxide absorption rate following a severe drought — a finding that has significant climate implications. 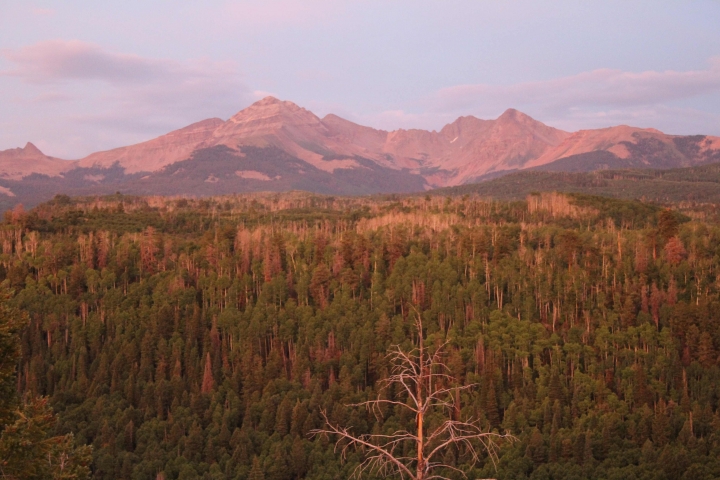 “This means that these forests take up less carbon both during drought and after drought,” study lead author William Anderegg, an assistant professor of biology at the University of Utah and a researcher at Princeton University, said.

Forests act as a carbon sinks by absorbing human-emitted carbon dioxide from the atmosphere and storing it in trees’ woody roots and stems. As climate change affects forests, they’ll store less carbon dioxide because drought stresses them and hinders their ability to grow, making man-made global warming even worse. Eventually, forests could become a source of carbon instead of storehouse of it.

“In some scenarios in the coming century, due to things like drought, wildfire, insects, (or) disturbances, forests start to lose more carbon than they take up, and they become a carbon source,” Anderegg said. “It’s a vicious cycle. (Forests) accelerate climate change and more climate change kills more forests.”

Using tree ring data, Anderegg’s team measured the recovery of tree stem growth following droughts dating back to 1948 in more than 1,300 forests worldwide. The average length of growth recovery in forests across the globe ranged from two to four years. Tree growth on average was 9 percent slower than normal during the first year following a drought and 5 percent slower in the second year. The driest forests recovered the slowest.

Over the course of a century, the lasting effects of drought could lead to 3 percent lower carbon storage in semi-arid forests, such as those in Arizona, Colorado and New Mexico, according to the study. That’s equivalent to 1.6 metric gigatons of carbon when considering all semi-arid ecosystems worldwide. (Between 1990 and 2007, forests worldwide stored roughly 2.4 gigatons of carbon annually, according to a 2011 University of Alaska-Fairbanks study.) 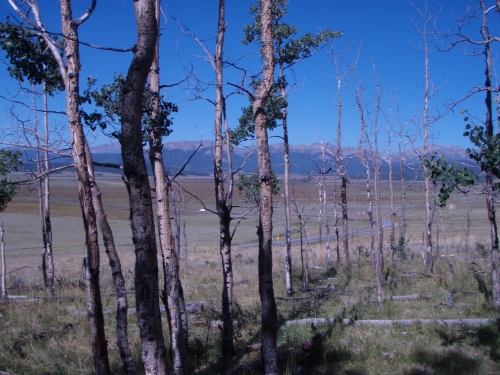 Scientists unaffiliated with the study said it highlights a flaw in climate models and can help update their assumptions about the ability of forests to sequester carbon.

“It’s an interesting paper,” Steve McNulty, a research ecologist at the U.S. Forest Service’s Southern Research Station in Raleigh, N.C., said. “The paper spells it out. If you have a model that doesn’t account for this ecosystem response (drought), it’s going to overpredict carbon sequestration.”

There has long been reason to expect that forests could take many years to recover from drought, “but it was previously impossible to estimate so even our most sophisticated large-scale models have essentially ignored it,” Ayres said.

“Now we know that droughts in arid pine forests reduce carbon sequestration from the atmosphere by gigatons more than we had been estimating,” he said. “This study helps us understand the powerful feedbacks between people, forests and climate that will be prominent in shaping the properties of the planet that we hand off to our children.”

Editor’s Note: Stephen W. Pacala, a member of Climate Central 's board of directors and a Princeton University ecology professor, is one of this study’s 13 co-authors.

You May Also Like:
Sharks Face a Growing Threat in Warming and Acidic Seas
Japan’s New Satellite Tracks Typhoons, Imitates Art
What Warming Means for 4 of Summer’s Worst Pests