By Brian Bienkowski, The Daily Climate

Wells filled with waste injection fluids at oil and gas fields across the United States are at risk of small earthquakes triggered by larger temblors across the globe, according to a new study published Thursday.

Waste injection wells are on the rise as domestic energy production soars and companies increasingly use water and chemicals to unlock natural gas from shale or force oil from wells, a process known as hydraulic fracturing, or fracking. 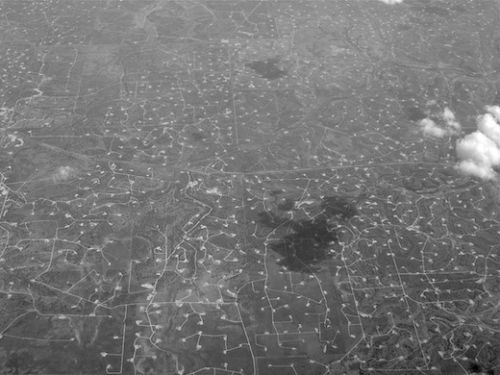 As oil and gas industries pump waste into sub-surface wells, the pressure can weaken nearby faults and leave them vulnerable to seismic waves passing by from other earthquakes – even ones on the other side of the Earth, according to a new study published in the journal Science.

Waves from major shakers travel enormous distances through Earth's crust. As they do so, said lead author Nicholas van der Elst, a researcher at Columbia University's Lamont-Doherty Earth Observatory, they “squeeze rock formations like a sponge.” This opens up new passageways for fluids to get into faults and weaken them, he said.

Van der Elst and colleagues found that a large earthquake in February 2010 in Chile set off a mid-size earthquake and a series of tremors in the oil fields around Prague, Okla. – 5,000 miles distant. A year and a half later, in Nov. 2011, a magnitude 5.7 earthquake rattled the region that researchers say was also linked to the Chile quake. They also linked earthquakes in Japan in 2011 and Sumatra in 2012 to mid-size tremors near waste injection well fields in western Texas and southern Colorado.

Wastewater well injection has been going on at the Oklahoma, Texas and Colorado sites for decades. The tremors and earthquakes at those sites came anywhere from six to 20 months after the distant earthquakes, with the delay probably due to the seismic waves' opening up of new passageways for underground fluids to infiltrate faults – weakening them over time, van der Elst said. 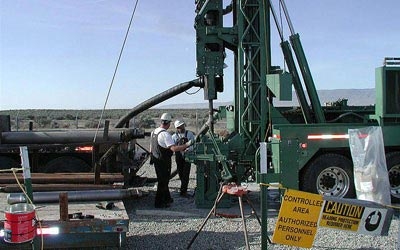 Weakened faults have historically been caused by volcanic activity, due to magma heating up underground water. This study adds to growing evidence that human activity is spurring earthquakes.

“We've known for at least 20 years that shaking from large, distant earthquakes can trigger seismicity in places with naturally high fluid pressure, like hydrothermal fields,” study coauthor Geoffrey Abers, a seismologist at Lamont-Doherty, said in a statement. “We're now seeing earthquakes in places where humans are raising pore pressure.”

Wastewater injection-induced earthquakes aren't a new idea – manufacturing waste injected underground induced a series of earthquakes near Denver in the mid-1960s, according to the U.S. Department of the Interior.

But, whatever the cause, the United States is seeing more earthquakes. They have spiked in the Central United States over the past decade, coinciding with expanded energy production, the Interior Department found. In 2011, the number of earthquakes magnitude 3 or greater in the region was six times 20th-century levels.

Hydraulic fracturing has been suspected as a culprit in increased earthquakes since water and chemicals are injecting into rocks at high pressures, but “there is no evidence to suggest that hydraulic fracturing itself is the cause of the increased rate of earthquakes,” according to a 2012 report by Deputy Interior Secretary David Hayes.

Wastewater wells in van der Elst's study contained not hydraulic fracturing fluid but, rather, wastewater from other oil and methane extraction. Van der Elst cautioned it should “make no difference what the fluid is, as long as it infiltrates faults and raises the internal pressure.”

But he said it’s important to draw the distinction between wastewater wells and those used for fracking itself, which haven't yet been seen to induce large earthquakes. The problem, at least as van der Elst's study is concerned, isn't high pressure at the well sites; it's just the “weight of the water” that causes the fault pressure, van der Elst said. 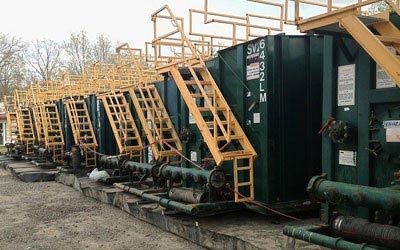 Steve Everley, a spokesman for Energy In Depth, an outreach arm of the Independent Petroleum Association of America, stressed that energy extraction itself hasn't been shown to spur earthquakes. “Credible data that provide a pathway to more responsible development are always worth considering,” he said in an email.

“The researchers discovered there may be ways to predict when induced seismicity could occur, which is potentially a valuable tool in reducing the occurrence of this already exceedingly rare event,” Everley added.

Van der Elst said the findings could act as an alarm for when it's time to stop pumping wastewater into an area.

When earthquakes from far away start causing tremors near the wastewater injection sites, “you've probably pumped enough fluid to have a sizable effect on a fault zone,” he said.