Deforestation Slowing, But Forests Are Breaking Down

The amount of climate pollution being produced every year by the felling of forests is falling worldwide, but benefits of the heartening decline are being eroded by the worsening conditions of the forests still left standing.

The losses of entire stretches of forests, combined with losses of individual trees from forests that remain, pumped an average of 3.2 billion tons of carbon dioxide into the atmosphere each year from 2011 to 2015, the U.N. Food and Agriculture Organization announced Friday. That was down by about a quarter from the yearly average of the 10 years prior. 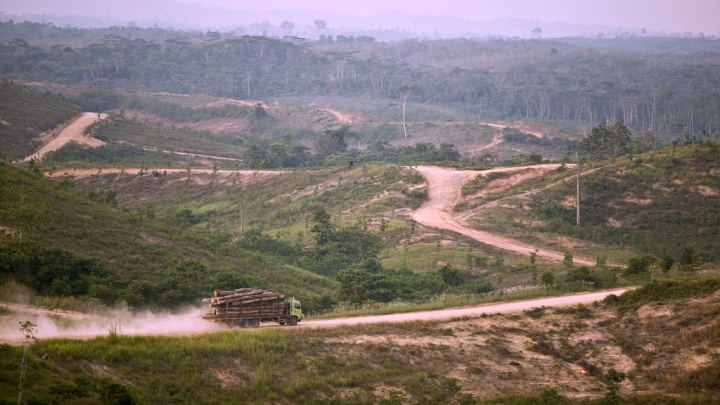 The announcement helped highlight the “very positive trend” of reduced deforestation rates around the world, said Robert Jackson, a Stanford University professor who helps oversee the Global Carbon Project, which tracks climate pollution. “You can share the credit among a whole bunch of groups,” including officials in Brazil and other developing countries that are “putting policies in place and monitoring their forestry activities,” and groups that work to preserve forests.

The slowing of deforestation that underpinned the improvement masked worsening rates of forest degradation, though, which is estimated to be releasing about 1.1 billion tons of carbon dioxide annually. From 2000 to 2010, forest degradation was responsible for a little less than half that amount each year.

“Deforestation” refers to the felling or razing of forests to make space for ranches, soy plantations and other uses of formerly forested land, said Francesco Tubiello, an FAO project coordinator who helped compile the numbers, which are provided to the U.N. by individual nations. “Degradation,” by contrast, happens when individual trees are chopped down, such as for firewood or to harvest valuable mahogany, or when wildfires or storms rage, or “basically anything that’s linked to unsustainable management.”

The new figures were highlights from a report, which is still being produced, that the FAO plans to publish later in the year. That report will contain country-by-country analyses. Friday’s announcement was designed to coincide with Saturday’s International Day of Forests, which this year focuses on links between forests and climate change.

The overall trend is “encouraging,” FAO Director-General Jose Graziano da Silva said in a statement. He credited forestry improvements in Brazil, Chile, China, Cape Verde, Costa Rica, Philippines, South Korea, Turkey, Uruguay and Vietnam. Brazil’s work to slow deforestation in the Amazon rainforest was credited with the bulk of the improvements — though that work has recently suffered setbacks.

The significance of the forestry trends to the global climate is dwarfed, however, when compared with the effects of fossil fuel burning, which is adding about 32 billion tons of carbon dioxide to the atmosphere every year — much more than the planet’s plants could absorb. (The fossil fuel industry also releases other greenhouse gases, such as methane, responsible for the equivalent impacts of another 10 billion tons or so of carbon dioxide.)

Forests were found to be absorbing and storing a couple billion tons a year of carbon dioxide every year, which is not enough to make up for the polluting effects of deforestation and forest degradation, let alone to make a dent in the rising pollution levels caused by fossil fuels.

“Emissions of carbon dioxide are dominated now by fossil fuel burning,” Stanford University’s Jackson said. “In general now, the vast majority of emissions are coming from fossil fuels, but that’s also because people have done a good job of reducing deforestation. There’s no question that we have to address fossil fuel emissions more than ever.”