Methane leaks in natural gas pipelines have long been a concern with the shale gas and fracking boom in Pennsylvania, Colorado and elsewhere. A new study shows methane leaks are also a hazard in major U.S. cities, posing an explosion risk and a threat to the climate.

Nearly 5,900 methane and other gas leaks have been found in ageing natural gas pipelines in Washington, D.C., where some manholes were found to have methane levels 10 times the threshold for an explosion, according to the study conducted by researchers from Duke University and Boston University. 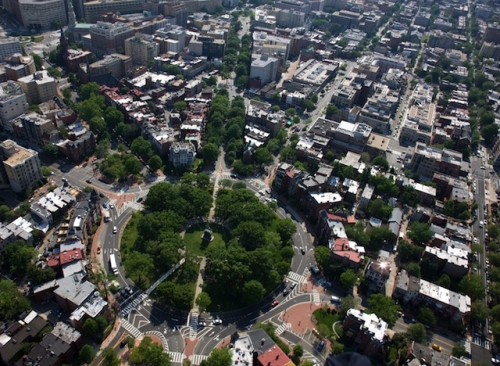 Four individual leaks were particularly prolific, releasing 9,200 to 38,200 liters of natural gas per day, about the same amount of natural gas used by up to seven homes, according to the study.

Twelve locations were found to have potentially explosive methane concentrations — all in manholes.

The team also surveyed pipeline leaks in Boston. They found 3,300 natural gas pipeline leaks there, but average methane concentrations were higher in Washington.

If there is a 3 percent leak rate in the pipelines between where natural gas is produced and where it’s consumed in a home stove or furnace, natural gas is comparable to coal for greenhouse gas emissions, Jackson said. Methane, one of the chief components of natural gas distributed by utilities, is a greenhouse gas more than 100 times more potent than carbon dioxide as a driver of climate change. Pipeline leaks are the largest human-caused source of methane in the U.S. according to the study.

Washington has a 4 percent leak rate, he said.

Leaky pipelines cause about $3 billion of natural gas to be lost annually, according to the study.

“There is no danger to the public,” she said, adding that she believes methane in the city likely comes from sewers and decaying materials. “A large part of the District is reclaimed swampland, so you just get naturally occurring methane.”

But Jackson’s team showed that the high concentrations of methane it found aren’t coming from sewers or decaying organic matter, they’re coming from sources of natural gas — hydrocarbons extracted from natural gas fields.

The team distinguished natural gas pipeline leaks from other sources of methane by studying the different gases found in each leak sample. Microbes and other plant and animal material beneath the streets produce methane, but they do not produce ethane and propane, which are hydrocarbons and signatures of natural gas carried in pipelines. Any time ratios of methane to ethane and propane were low, the researchers recorded it as a pipeline leak. When the ratio of methane to other gases was high, the sample was considered to be from another source.

Kane said Washington has never had an explosion created by a leak from a gas pipeline in recent memory, and the city has an ongoing program that is systematically replacing some of its 420 miles of cast iron natural gas pipes each year, though she said she doesn’t know what percentage of the city’s pipes are replaced annually.

The study was published Thursday in the journal, “Environmental Science and Technology.”