Shifting Gears to Cycling Would be Big Climate Boost

The climate would benefit in a big way if urban commuters worldwide would leave their cars at home and use those dedicated bike lanes to cycle to work, and if more cities would prioritize bike commuting in their urban planning, according to a University of California-Davis report published Thursday. 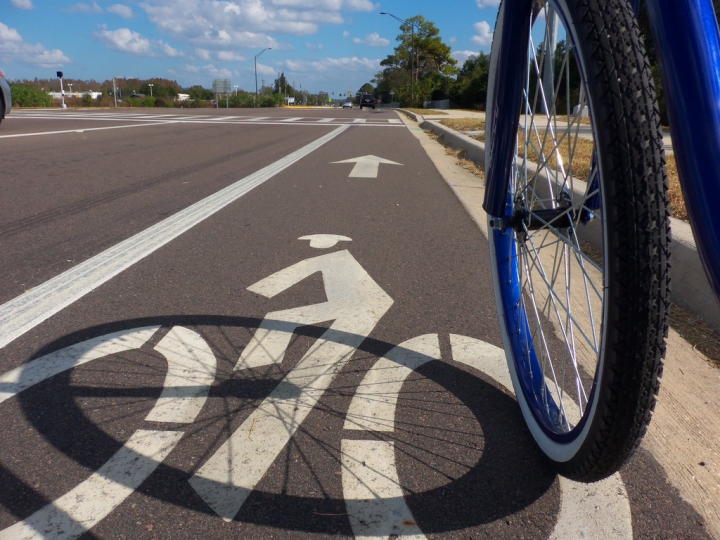 Greenhouse gas emissions coming from motor vehicles in big cities worldwide would dive about 11 percent, saving society $24 trillion in infrastructure and other costs between today and 2050 if city dwellers would use bicycles and electric bikes for about 10 percent of their urban trips instead of using motor vehicles, the report says.

The study was commissioned by three pro-bicycle groups — the European Cyclists’ Federation, the Bicycle Product Suppliers Association and the Union Cycliste Internationale — but researchers and scientists not associated with those groups by and large supported the findings.

“This is the first report that quantifies the potential carbon dioxide and cost savings associated with a worldwide shift toward much greater use of cycling in urban areas,” co-author Lewis Fulton, director of the Sustainable Transportation Energy Pathways program at UC-Davis, said. “The estimated impacts surprised me because they are so large. The costs saved in lower energy use and reducing the need for car travel, new roads and parking lots through 2050 are substantial.”

Both cycling and mass transit will need to account for a large share of travel in urban areas in the future if cities are to become less dependent on cars, he said, and electric bikes, or e-bikes,  are a huge part of that.

E-bikes are challenging because even in bike-friendly cities, infrastructure and public policies do not always accommodate the safe use of e-bikes, which use electric motors to assist in pedaling and can often travel faster than traditional bicycles. For example, e-bikes are banned in New York City, even though they are commonly seen on the streets there.

For cities to achieve the drop in greenhouse gas emissions and to encourage people to shift from cars to bikes, cities need to develop cycling and e-bike infrastructure quickly, implement bike-share programs, encourage the development of mass transit to accommodate non-motorized transportation options that can be combined with cycling and repeal policies that subsidize motorized vehicle use.

In other words, Fulton said, cities worldwide should follow the lead of Copenhagen, where about 40 percent of the city’s trips are on bikes.

“They had relatively low cycling levels as recently as the 1960s,” he said. “They just started putting in infrastructure and they just kept doing that through the 60s, 70s and 80s. The last 30 years is when they went to the 40 percent level. It’s a great example of a city that shows how you can make it happen and how you can change the culture.”

But changing a city’s culture to accommodate cycling is something the report doesn’t address adequately, and it could be a major barrier to achieving such a broad global shift toward cycling in urban areas, said Kevin Krizek, director of the University of Colorado-Boulder’s Environmental Design Building program, who is unaffiliated with the report.

“Going down the path of the high-shift cycling scenario beckons a larger call toward culture, funding and societal characteristics,” Krizek said. “Bicycling has widely varying social connotations in some cultures and painting it as a silver bullet that is irrespective of these cultures leaves a lot of distance to cover there.” 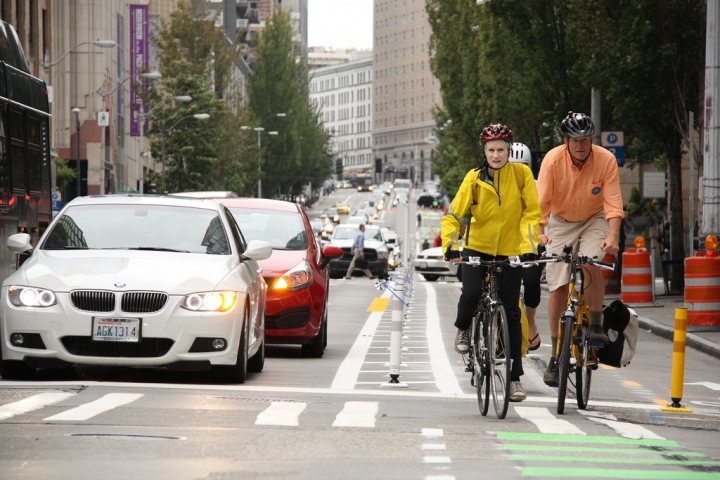 Fulton said that’s a fair point, and it’s especially applicable to some African cities, where cycling is seen by some as being primarily for low-income people, and it carries a stigma.

In Africa, “it’s about getting off the bike and showing that you have some other way to get around,” Fulton said. “That’s just simply another example of where governments and other stakeholders need to get together to change that culture.”

Krizek said the report is valuable because it shows how cycling — especially e-bikes — can benefit both society and the environment, but its emissions reduction calculations may be overly “aggressive.” And, because the report was commissioned by advocacy groups, its findings should be taken with a “grain of salt.”

Fulton said the report was “pretty independent,” and his greenhouse gas emissions figures were not influenced by the sponsors. However, he said, he did collaborate with the sponsors on determining the feasibility of cycling one day accounting for 10 percent or more of urban commutes globally.

Other scientists unaffiliated with the report said its methods are solid and shows what role bicycles can play in a warming world.

“The conclusions that if we could increase cycling for more urban travel we could reduce carbon dioxide is intuitively true,” Elliott Sclar, professor of urban planning at Columbia University’s Earth Institute, said. “The importance of the report is that it begins to put numbers on the order of magnitude concerning what such a shift could mean if it came to pass. The degree this can succeed depends upon the degree to which the political climate will permit us to move away from the present BAU (business as usual).”

Sclar said he is not concerned about any effect the sponsors may have had on the study because its methods are sound.

Ralph Buehler, associate professor of urban affairs at Virginia Tech, called the report “daring” because it comes up with big-picture estimates of global bike use at a time when data on global cycling trends are poor, particularly for developing countries.

“The nice thing is, it gives us a look into what’s possible,” Buehler said. “They estimate that bike trips will replace more carbon-intensive trips, and that’s where the carbon dioxide emissions savings will come from. I think the estimates sound reasonable to me.”

Susan Shaheen, director of Innovative Mobility Research at University of California-Berkeley, said the feasibility for a broad urban shift toward cycling depends on the city.

“Increased investment in infrastructure that promotes safety and separation from automobiles would likely make scenarios envisioned in this report more plausible,” she said.

“The argument for bicycles is a pretty clean one. If you increase bicycling, emissions will generally drop.”

You May Also Like:
Climate Matters: Halloween Weather Might Surprise You
Texas, California Lead Nation in Carbon Emissions