Twenty countries, including the U.S. and France, have committed to double their investments in clean energy research and development to $10 billion over the next five years. That commitment, called Mission Innovation, is being supported by the Bill Gates’ Breakthrough Energy Coalition, a global group of private investors who will help fund clean energy companies that will be formed from the research done under Mission Innovation. 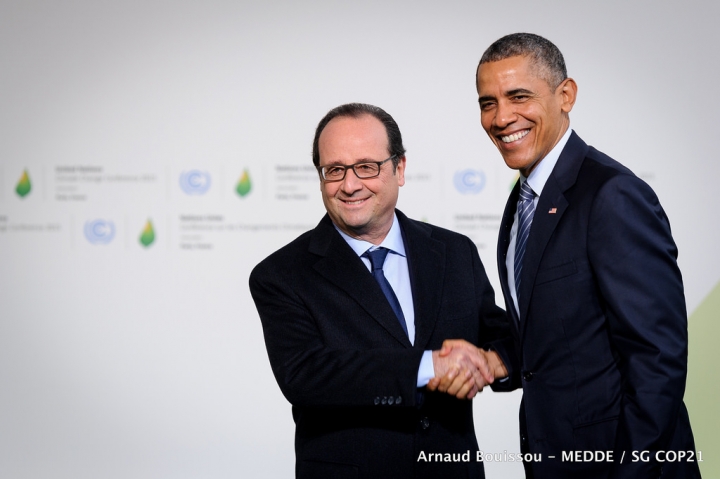 Advancing wind, solar and other clean energy technologies is critical to decarbonizing global economies as world leaders seek to reduce greenhouse gas emissions to levels that will keep global warming to 2°C (3.6°F).

“While significant progress has been made in cost reduction and deployment of clean energy technologies, the pace of innovation and the scale of transformation is falling far short of what is required,” the White House said in a statement Sunday. “Mission Innovation and the Breakthrough Energy Coalition constitute a powerful public-private effort to accelerate the research and development of affordable clean energy technologies and support a new generation of scientists, engineers and entrepreneurs.”

“There are hundreds of billions of dollars ready to deploy to countries around the world if they get the signal that we mean business this time,” Obama said. “Let’s send that signal.”

Gates, who launched the Breakthrough Energy Coalition on Sunday with Facebook CEO Mark Zuckerberg, said in a blog post that solar and wind power have made much progress in recent years, but in order for the world to fully replace fossil fuels, new clean power technology needs to be developed.

“Private companies will ultimately develop these energy breakthroughs, but their work will rely on the kind of basic research that only governments can fund,” Gates said. “Both have a role to play.”

“With 20 countries and 27 major investors on board, this can be a transformative public-private collaboration in a much-needed area,” World Resources Institute CEO Andrew Steer said. “Championed by France, the United States, and several other major economies, the partnership reflects how to get things done in a way that benefits developed and developing countries alike.” 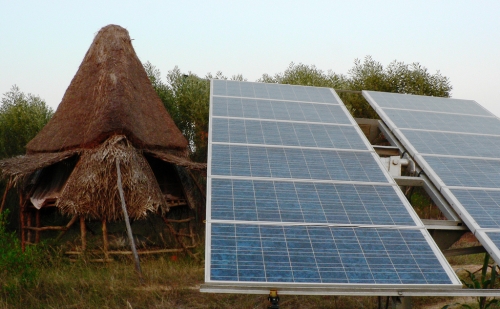 A solar installation at a village in India.
Credit: Premasagar Rose/flickr

On Monday, some of those countries, led by India, announced a new global solar power partnership.

India’s Prime Minister Narendra Modi is leading an alliance of 121 countries that will work together to develop solar power throughout the tropics, the Times of India reported.

India will invest $90 million in a headquarters for the alliance, which will also involve companies such as Areva, Engie, Enel, HSBC France and Tata Steel, according to the Guardian.

“This alliance brings in many other countries with vast solar potential, including many from Africa,” World Resources Institute Managing Director Manish Bapna said in a statement. “Prime Minister Modi, who spearheaded this partnership with leaders of several African countries, continues to show strong commitment to expand renewable energy in India. The alliance will support India in building 100 gigawatts of solar energy by 2022.”