Wind power is cheap where the wind blows, and by the middle of the next decade, the wind farms that dot the landscapes along the highways in Rocky Mountain states could become major regional sources of electricity without federal subsidies, according to a new National Renewable Energy Laboratory (NREL) study.

Western renewables, primarily wind, could begin to compete on their own with electricity generated at natural gas power plants by 2025, the study said. 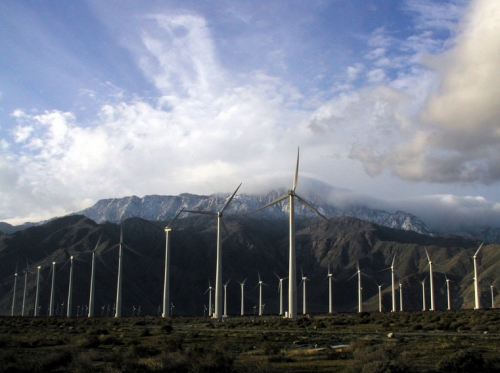 That will happen as government mandates for renewable energy generation called renewable portfolio standards are met by many Western states. Once the mandates are met, there will be more untapped wind, solar and other renewable resources left to develop, and the electricity from those renewables will cost about the same as electricity from natural gas power plants.

Those standards, often called RPS standards, are imposed by individual states, requiring the electricity the state consumes to include a certain percentage of renewables by a specific date. Idaho and Wyoming have no such standard. Some states, such as Colorado, which requires 30 percent of its electricity generation to be produced from renewables by 2020, have more renewable resources than will be developed to meet the portfolio standard by its deadline. All current standards are set to be met by 2025.

“What this study does is look at where the most cost-effective, yet untapped resources are likely to be when the last of these mandates culminates in 2025, and what it might cost to connect them to the best-matched population centers,” study lead author David Hurlbut said.

NREL analyzed the cost of unsubsidized renewable power generation in the West’s most promising areas for wind and solar power production and compared those costs with the price of energy from a newly built, natural gas-fired power plant.

The key to the promise of competitive renewable energy in many Western states is determining how many more renewables can be built in those states the RPS standards are met and whether the wind, solar and geothermal power plants can stand on their own without government help in most places, according to the study.

NREL said its results will help states plan for the future construction of windfarms and solar power facilities by providing them with an idea of when and how renewables may be able to pay for themselves without government incentives.

“These findings about the renewable resources likely to be available in 2025 can inform today’s discussions about policies targeting future development — policies that might be different from the RPS model,” the study said.

The stronger the potential value of renewables for developers, the more likely investors will compete for the opporunity to develop them.

The strongest markets for renewables are California, the Southwest and the Pacific Northwest — markets easily served with wind power from two of the three states with the best wind resources — Wyoming and New Mexico, the study said.

In the next decade, wind power generated in those states will be be able to compete with the cost of natural gas-generated electricity, but not wind power from Colorado, the study reported.

NREL showed that Wyoming and New Mexico — both states that could see future wind power development in prime wind production areas — may see a plethora of new wind farms intended to serve electricity customers on the West Coast.

Colorado is projected to have twice the minimum wind energy resources needed to meet its renewable portfolio standards, leaving the state with a large surplus — 54 terawatt hours — of low-cost wind potential in 2025, the study said.

“Wind power in Colorado is already cost-effective — it's actually one of the cheapest resources, and one of the things the study identifies is there's twice as much high-value (wind generating) potential as the state needs to meet the RPS standard,” said Tom Plant, senior policy advisor for the Center for the New Energy Economy at Colorado State University. “Because there's such a significant resource at such a good price, they're looking at potential export markets.”

But Colorado won't easily be able to export that electricity to serve other states because of the high cost and logistical challenges of building new transmission lines over the Rockies.

“It costs more to build transmission over areas that are forested, and areas that are mountainous,” Hurlbut said. “It’s especially difficult if you’re going over forested mountains — what you’ll have to build over if you go from Colorado to the West Coast.” 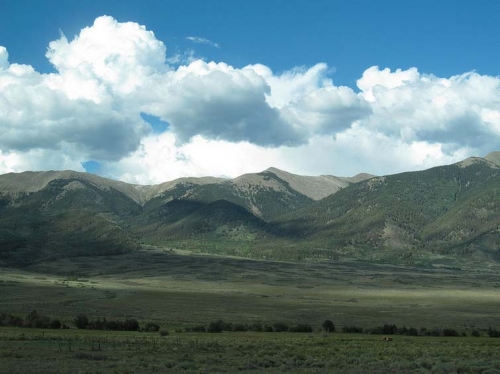 Despite having enormous wind power generation potential, Colorado’s renewables comes with the high cost of building transmission over the Rockies.
Credit: Doug Kerr/flickr

Transmission could go from Colorado through New Mexico and Wyoming, but both of those states have wind power potential just as high or higher than Colorado.

The logistics of transmitting electrical power in the West can be tricky. Estimating the costs of future transmission for renewables is challenging because there are no regional transmission organizations outside of California and Alberta, Canada, as there are east of Colorado, allowing each utility to have its own set of costs, needs and drivers for transmission, Hurlbut said.

“This is an area where Colorado does have a challenge, primarily because we don't have things in the Intermountain west like RTOs (regional transmission organizations) and ISOs (independent system operators), we're a very vertically integrated market in terms of utilities,” Plant said. “Our utility and transmission model hasn't evolved with an eye toward export.”

Transmitting power via the small network of scattered utilities across much of Colorado means transmission is less efficient and has a higher cost per kilowatt of renewable capacity, Hurlbut said.

“There are particular cost challenges involved in the development of transmission to get even the best quality Colorado wind to the most lucrative markets westward,” Hurlbut said. “Those costs have to be figured in with the competitiveness of Colorado wind vs. Wyoming wind or Nevada geothermal or solar located in California and serving California.”

Of all the states expected to have large amounts of untapped wind power potential, Wyoming tops the list because the winds that blow across its high plains make the state an ideal place to build windfarms. The state also has no renewable portfolio standard, meaning that wind farms are developed there primarily to meet the needs of utilities and other states’ renewable portfolio standard requirement, according to the study.

Wyoming’s untapped wind potential — at least 42.7 terawatt-hours — are nearly twice the state’s total projected retail wind power sales in 2025, making it a prime source of renewable power for the Pacific Northwest. New Mexico’s undeveloped wind power will likely serve California and Arizona because of its proximity to those states.

The study, “Beyond Renewable Portfolio Standards: An Assessment of Regional Supply and Demand Conditions Affecting the Future of Renewable Energy in the West,” was published in late August.