Bad coral reef news seems to be never-ending these days. Case in point: on Monday, scientists announced that the world is in for an unprecedented third year of coral bleaching across the globe.

The announcement comes courtesy of NOAA Coral Reef Watch, which keeps an eye on a number of climate factors that can stress reefs out. That includes rising ocean temperatures, which have absolutely pummeled reefs in recent years and will only ratchet up the pressure as the globe continues to warm. 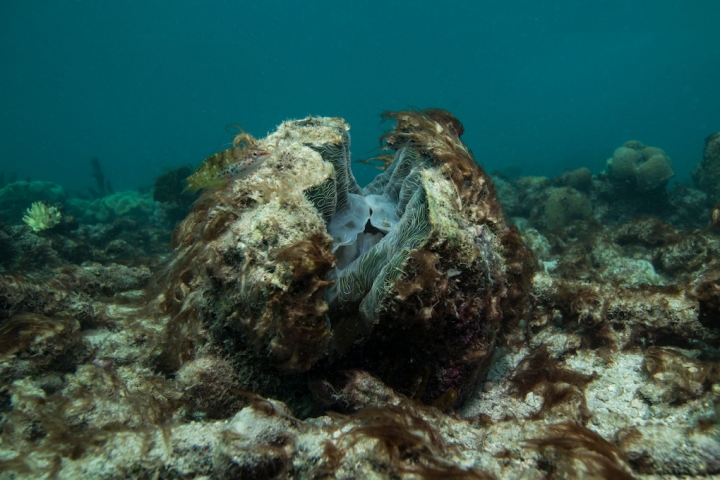 “This is the most widespread, longest coral bleaching event ever to occur globally,” Mark Eakin, the director of NOAA Coral Reef Watch, said.

Over the past two years, reefs have been essentially boiled to death in parts of every ocean basin on earth. Abnormally hot waters have turned vibrant coral communities into pale white ghost towns as heat has sapped coral of the algae they need to survive. That includes a tragedy unfolding in the Great Barrier Reef, which could be permanently reshaped by rising ocean temperatures.

There are only two other global coral bleaching events to precede this one: 1998 and 2010. Both came during El Niño years. This event is a different creature, though.

It kicked off in 2014, when El Niño was still bubbling, and it’s still going strong in the middle of 2016 despite El Niño’s demise. Bleaching alerts are in place through fall despite increasing odds of La Niña, a Pacific Ocean phenomenon which tends to cool the planet a bit as a whole.

Not all parts of the ocean are cooler than normal during La Niña, however. In particular, NOAA Coral Reef Watch sounded the alarm for Palau and the Federate State of Micronesia, which sit on the edge of the horseshoe of warm water that typically forms during La Niña in the western tropical Pacific.

Both are small island nations where reefs play a vital role in tourism and storm surge protection. Other areas such as the Caribbean are still dealing with the added heat of El Niño propagating through the ocean and can expect bleaching risks to remain this summer and fall.

That risks extends to many reefs in the U.S. including the Florida Keys, U.S. Virgin Islands and Puerto Rico. Other U.S. reefs are also at risk through the fall including those near Hawaii, Guam and the Commonwealth of the Northern Mariana Islands. Overall, U.S. reefs have been disproportionately affected by bleaching by dint of their wide geographical reach.

In some areas such as Florida, the bleaching event has lasted so long that reefs have been beset by bleaching twice and could be in for their third go-round this summer and fall.

The U.S. is far from the only place to suffer, though. The Great Barrier Reef has also been hit hard with up to 93 percent of the reef showing signs of bleaching. The damage was so extensive, it brought scientists to tears. Research released in April showed that global warming made the bleaching there up to 175 times more likely. 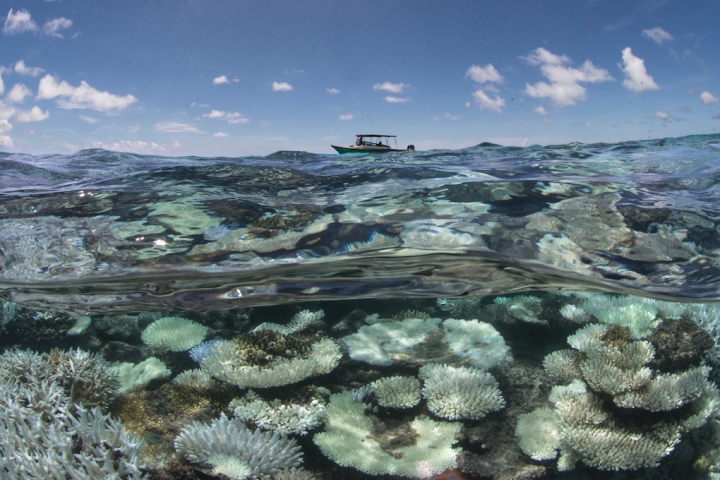 Scientists have pointed to global warming as a major driver. Roughly 93 percent of the heat the planet has been absorbing due to excess carbon pollution is ending up in the oceans. That’s causing changes to ecosystems across the high seas, but none are quite as dramatic as what’s happening at coral reefs.

“If you think of them as a (climate change) bellwether, they’re ringing the bells like crazy right now,” Jennifer Koss, NOAA's Coral Reef Conservation Program director, said. “We can’t afford to not listen to them.”

As to whether this round of bleaching goes from being a singular event to a new normal, Eakin said, “ask me next year if this doesn’t end.”

You May Also Like:
Rodent Threat Defeated As Delmarva Battles Rising Seas
Scientists Urge Obama to Halt Oil Leasing in the Arctic
With May Record, Global Temps in ‘New Neighborhood’
Antarctic CO2 Hit 400 PPM For First Time in 4 Million Years