The Obama administration on Friday brought a temporary halt to new coal mining leases on federal lands while it conducts a three-year review meant to bring coal leasing in line with U.S. climate policy.

The moratorium comes just days after Obama said in his State of the Union Address that he would push to change the way the government manages its oil and coal resources to reflect the costs they impose on both taxpayers and the planet. The moratorium takes place immediately, but does not halt coal mining and production currently underway. 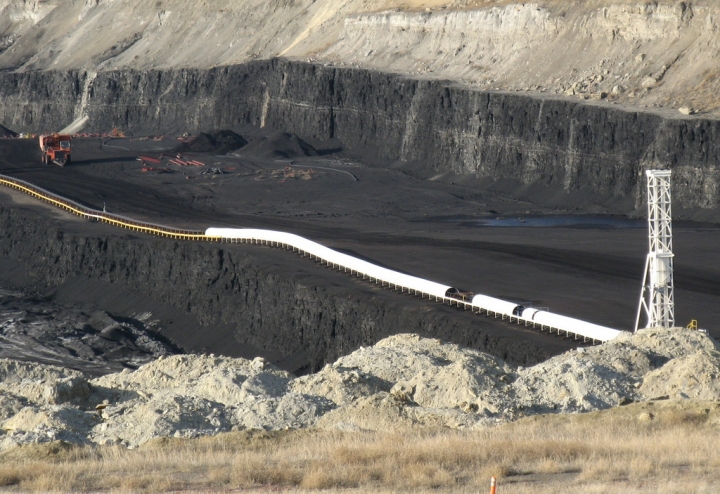 A coal mine near Gillette, Wyo.
Credit: Greg Goebel/flickr

“How do we manage the program that is consistent with our climate change objective? There is no short answer,” Interior Secretary Sally Jewell said during a news conference. “It is also clear that we need to take into account the science we have now on the environment and climate change.”

About 40 percent of all the coal produced in the U.S. comes from mines on federal public lands, mainly in the West. As of the end of 2014, there were 308 active coal mining leases on more than 464,000 acres of public lands in Wyoming, Utah, New Mexico, Montana and Colorado, with an additional 10,500 acres in Kentucky, Alabama and West Virginia.

Burning coal and other fossil fuels for electricity is the largest single source of human-caused greenhouse gas emissions driving climate change, accounting for about 31 percent of all U.S. greenhouse gases.

The Obama administration has said the existing coal leasing program runs counter to its climate goals to cut U.S. carbon dioxide emissions by up to 28 percent below 2005 levels by 2025 and slash carbon emissions from existing coal-fired power plants by 32 percent by 2030.

A comprehensive review of how, when and where coal is leased for future mining on public lands is needed to ensure that the federal coal program is managed in an environmentally responsible way and to ensure that coal royalty rates allow taxpayers and communities to get a fair return on their resources, Jewell said.

Small exceptions to the moratorium will be made, mainly for emergencies, such as when a coal mine is threatened with closure if it has less than three years of coal reserves remaining, Jewell said. The moratorium does not apply to metallurgical coal, which is used to make steel, or to coal leasing on tribal land.

A full review of the federal coal program has occurred twice in the past, during the Nixon and Reagan administrations, and a coal leasing moratorium occurred during both reviews.

“We haven’t done a top-to-bottom review of the program in more than 30 years,” Jewell said. “The federal program was designed to get as much coal out of the ground as possible. That’s the program we’ve been operating ever since.”

Neil Kornze, director of the U.S. Bureau of Land Management, the agency that oversees all federal coal, oil and gas resources, said the coal leasing moratorium is being instituted immediately because when the federal government issues a major coal lease, it represents a multi-decade commitment to mining coal on a large tract of land.

“We want to make sure we’re comfortable with those types of commitments,” and that the coal program is being managed properly with respect to energy security and climate change, he said. 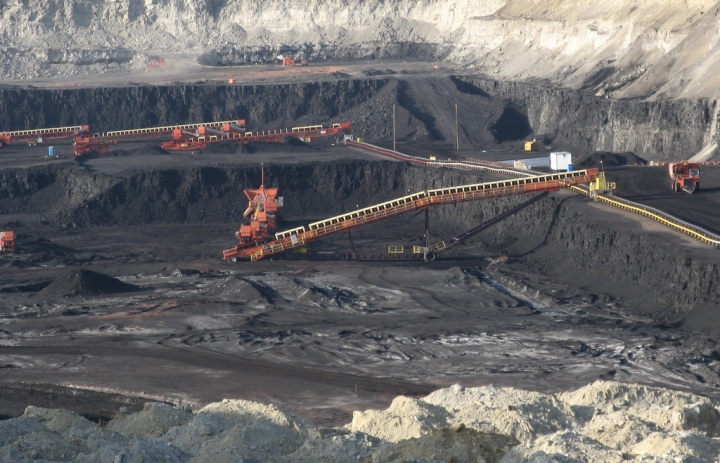 A coal mine in Wyoming.
Credit: Greg Goebel/flickr

The leasing program operates on vast swathes of the West. For example, BLM last year published a plan for 5 million acres of northeast Wyoming, declaring that more than 10 billion tons of coal could be mined from 106,400 acres of land over the next 20 years, mostly by allowing existing coal mines to expand.

“The analysis should account for direct and indirect greenhouse gas emissions, and use tools like the social cost of carbon and social cost of methane,” Hein said in a statement. “Putting a dollar sign on the climate effects of coal production will bolster the case for fiscal reform.”

Groups associated with the coal industry were critical of the president’s action.

“Another day, another front on the war on coal from this administration,” Karen Harbert, CEO of the U.S. Chamber of Commerce’s Institute for 21st Century Energy, said in a statement. “At this point, it is obvious that the President and his administration won’t be satisfied until coal is completely eradicated from our energy mix. Their foolish crusade takes away one of America’s greatest strengths — our diverse mix of energy sources.  If the President wants electricity rates to skyrocket — as he once said he did — he’s on the right path.”

Environmental groups hailed the moratorium as a sign that the Obama administration is leading the world on climate change.

“This is a historic decision that greatly improves the world’s chances of avoiding the worst impacts of climate change and has burnished President Obama’s climate legacy,” Friends of the Earth President Erich Pica said in a statement.

You May Also Like:
More Than 50,000 Wind Turbines Now Twirl Across U.S.
With CO2 Boost, Marshes Can Rise to Meet Flood Risks
Warming Could Mean Major Thaw For Alaska Permafrost