The coal industry calls it a devastating volley in a “war on coal,” while the Obama administration considers it major progress in its fight against climate change.

The U.S. Environmental Protection Agency’s Clean Power Plan comes with a dry name, but it’s one of the most significant ways the federal government is trying to curtail carbon dioxide emissions in the U.S. to combat global warming. With the passing of the Dec. 1 deadline for public feedback, the EPA moved this week to the next step of the plan’s approval process. 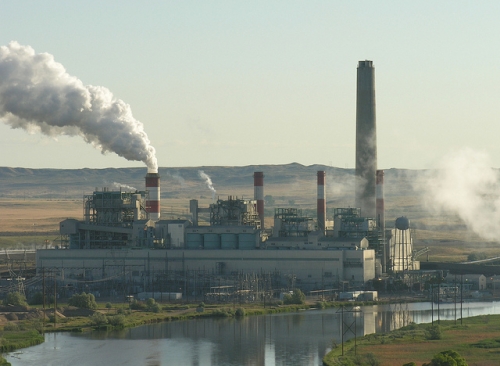 More than 1.6 million people, companies and organizations sent the EPA their thoughts on the plan, which, if approved in 2015, would slash CO2 emissions from existing power plants running on fossil fuels. The EPA is giving states wide latitude in how they cut that pollution, allowing them to go it alone or collaborate with other states.

So what’s the big deal about the Clean Power Plan? Here are the basics in a nutshell:

What Is The Clean Power Plan?

Why Is It Controversial?

Coal-producing states see the Clean Power Plan as an attack on their coal mining industry, jeopardizing jobs as utilities move away from coal and toward natural gas and renewables as primary fuels for electric power generation.

Utilities say the plan doesn’t allow them enough time to implement emissions cuts, especially intermediate emissions goals required to be met before 2030, something that could mean high costs for utilities and more expensive electric bills for consumers. Some federal energy regulators object to the plan because they say building many new natural gas power plants to replace coal plants isn’t realistic, and the plan could cost hundreds of billions of dollars to implement.

But northeastern states already collaborating to cut emissions say the plan is not only effective, but they’ve proved through the nine-state Regional Greenhouse Gas Initiative that it can work. Those states created a regional CO2 emissions budget, capping their emissions this year with a plan to reduce them 2.5 percent each year through 2020.

What Are The Next Steps?

The EPA says it expects to finalize the Clean Power Plan by June 2015 barring any legal challenges. The new Congress, which is expected to be hostile toward efforts to cut CO2 emissions when it takes office next year, is also expected to use numerous committee hearings to slow the process and use spending bills to cut the EPA’s funding.

So, even though the plan is scheduled to be enforceable by the middle of next year, the process is likely to be fraught and the likelihood of it actually slashing the CO2 the Obama administration has set out to cut is simply anybody’s guess. Stay tuned.