Every year, plants inhale and exhale carbon dioxide from the atmosphere. It’s a natural seasonal cycle that has played out over millennia.

But as humans emit more carbon dioxide (CO2) by burning fossil fuels, the steady rhythm is being replaced by a more erratic cycle as plants race to keep pace with all the new CO2 in the atmosphere. New research shows just how much that extra CO2 is changing our planet’s natural cycles.

Since the Industrial Revolution, humans activities have driven up CO2 in the atmosphere from 280 parts per million (ppm) to over 400 ppm for the first time in at least 400,000 years. The rise has been accurately measured, day-by-day and season-by-season since the late 1950s. Scientists have tracked a seasonal cycle where plants suck up CO2 over late spring and summer before releasing it back into the atmosphere when they die off in the fall.

The trend has been most extreme in the high northern latitudes, where the gap between the seasonal high and the seasonal low in a given year is now up to 25 percent greater than it was since recordkeeping began.

“Atmospheric CO2 measurements show how the patient ‘Earth’ is doing,” Matthias Forkel, a postdoctoral researcher at the Max Planck Institute for Biogeochemistry, said.

Borrowing a phrase from a 2013 article, he said, “the ‘biosphere is hyperventilating.’”

The new research ties the difference to plants colonizing new habitat such as formerly barren tundra. Other plants such as trees in boreal forests could also be growing faster. That’s allowing them to take up more CO2 for now, but it also comes with a cascade of changes that are reshaping the face of region.

As more plants colonize the tundra, they could eventually cause the world to warm even more rapidly. Their dark surfaces absorb more sunlight than reflective snow. They’re also changing habitat that animals and certain plants have relied on for centuries, putting their survival in jeopardy unless they adapt to new conditions. 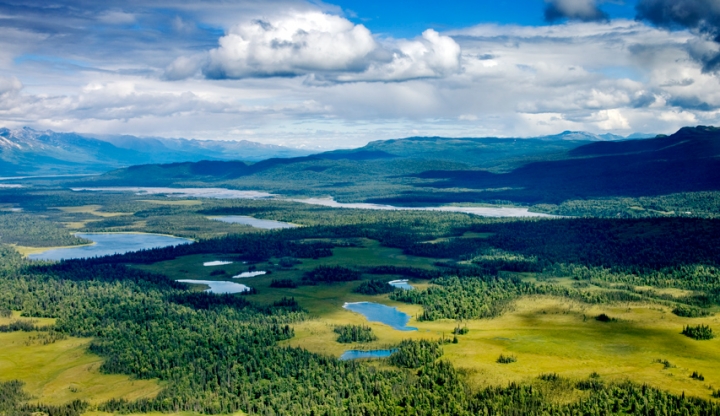 Forkel warned that it’s also possible the trend could stop and even reverse as the world continues to warm. There are already signs that trees on the southern fringe of the boreal forest — the most important part of the northern hemisphere ecosystem when it comes to inhaling CO2 — are struggling to cope with rising temperatures. As they die off or burn up, they could release massive stores of CO2.

Vivek Arora, a climate scientist at Environment Canada, said without the boreal forests and other ecosystems on land as well as biological and physical processes in the ocean taking up CO2, there would be 25 percent more CO2 in the atmosphere than there is now.

He also said that the new findings added to the understanding of what’s behind the increasing seasonal swings in CO2 and that they could help climate models more accurately show what future human CO2 emissions could mean for the planet.

You May Also Like:
Study: Downpours Over Land Have Slowed Sea Level Rise
More Rain, Less Snow for U.S. Winters
These 9 EU Countries Are Leading the Renewable Charge
Low Oil Prices May Bode Ill For Climate