Clues Show How Green Electricity May Be in 2050

Clues to the United States’ energy future are everywhere, if you know where to look.

By 2050, the technology will likely be available to provide 80 percent of the country’s electricity from wind, solar and other renewable sources. 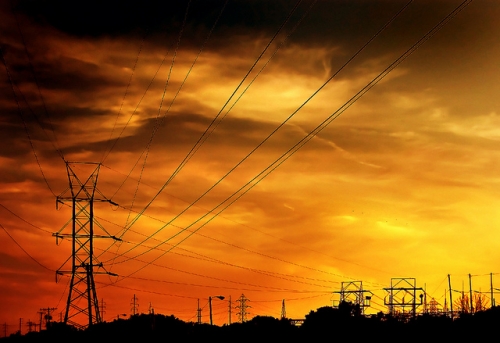 Transmission lines are part of the U.S. electric power grid, which is entering an era of rapid change as more renewables and rooftop solar installations come online.
Credit: Tau Zero/flickr

But even if the nation doesn’t adapt to that degree, it is clear that the way Americans get their electricity and how it’s generated will be vastly different than today, toppling the current model of power flowing in one direction, from major power plants into American homes.

In the era to come, much of the power generated in the U.S. will come from renewables, and much of it will be generated on rooftops and in backyards, and the buildings using that electricity are likely to be much more energy efficient than they are today. That means many people will feed power back into the grid, a two-way system that changes the energy landscape dramatically.

In many ways, the country is already squarely on that path. Renewables now generate 20 percent of California’s electricity, a percentage expected to grow as new solar power generators come online and Los Angeles connects itself to a new wind farm proposed for eastern Wyoming, potentially generating power for 1.2 million homes in the Los Angeles area.

Texas also broke a record for wind power production this year. Wind turbines have been built atop buildings in New York City.

After Hurricane Sandy knocked out power for tens of thousands of people for weeks, it inspired a widespread interest in microgrids, another way to lessen reliance on power plants.

Among the longer-term trends, according to Doug Arent, executive director of the Joint Institute for Strategic Energy Analysis, or JISEA, at the National Renewable Energy Laboratory in Golden, Colo., is a clear push toward low-carbon energy.

The lab published a 2012 study showing that the U.S. could obtain 80 percent of its electricity from renewables by 2050 in part because every corner of the U.S. would be able to generate power from renewables, not just the sunniest, windiest places.

By 2050, he said, the U.S. is likely to see a lot of more distributed generation from solar panels, small wind turbines and other small power generators supplying electricity to individual buildings or groups of buildings.

While nuclear power generation is likely to remain flat because it’s too expensive to develop new reactors, the percentage of power in the U.S. generated by renewables is likely to double each decade as federal climate-related regulations force utilities to retire their coal-fired power plants, Arent said.

“The pace of change is being driven by the remarkable changes in technology cost, especially solar, which is dropping in price quickly,” Warren Lasher, director for system planning for the operator of Texas’ main power grid, the Electric Reliability Council of Texas, said.

The cost of electricity generated from utility-scale solar power installations has dropped by more than 70 percent since 2008, according to research from the U.S. Department of Energy’s Berkeley Lab, allowing some heavily coal-dependent utilities such as Georgia Power to explore solar. 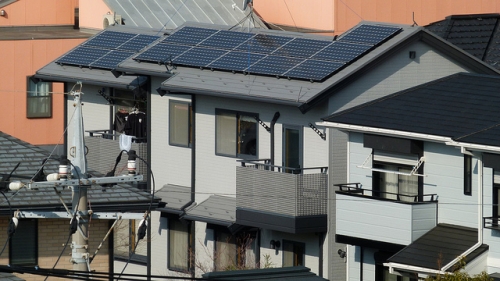 Rooftop solar is becoming more and more common, signaling a major change in how people produce and get their electricity.
Credit: Bernd/flickr

“That’s an indication even in areas where solar isn’t world class, solar is becoming a cost-effective option,” Lasher said.

Within the next five years or so, big box stores and other commercial building owners are likely to adopt rooftop solar on a large scale as solar panel prices drop, helping to usher in the new era of distributed power generation, he said.

“If commercial facilities facilities see this as a cost-effective investment, then we might see development that’s only limited by how many people are licensed to install solar on rooftops,” Lasher said.

The trend toward distributed power generation reverses the usual one-way flow of power from a major plant to consumers, but it also requires a power grid that can effectively manage this two-way street.

So, the federal government is pushing for utilities to build a “smarter” power grid, one that can adjust power production and flow based on how much electricity homes and businesses are using at any moment and forecasting how much energy can be expected from renewables.

Looking to 2050, all the country’s most populous regions will generate their power differently, but the trend is toward a much greater reliance on energy efficiency and renewable power produced both at major wind and solar installations and on rooftops.

“For Los Angeles and Chicago, maybe that means more wind from America’s heartland,” Mark Brownstein chief counsel for the Environmental Defense Fund’s U.S. Climate and Energy Program, said.  “For New York, maybe it’s some combination of distributed solar plus wind and even some hydro imported from Canada.”

You May Also Like:
What Warming Means for Lake Effect Snow
Report Maps Out Decarbonization Plan for U.S.
Climate Investments ‘Falling Short’ of 2°C Goal
2014 Set for Record Hot; Record Cold Thing of the Past