Rooftops in Cloudy Places Could Be Solar Gold Mines

Nestled on the eastern shore of Lake Erie, Buffalo is considered one of the cloudiest, dreariest cities in the U.S. — not exactly the first place many people consider prime real estate for solar power development. But Buffalonians have good reason to be excited about rooftop solar, and not just because a solar panel factory is creating jobs.

Buffalo and some other cloudy northeastern cities have the potential to satisfy more than half of their electricity needs if their roofs were fully covered in solar panels —  as much as 68 percent of electric power demand in Buffalo’s case, according to National Renewable Energy Laboratory research published in March. 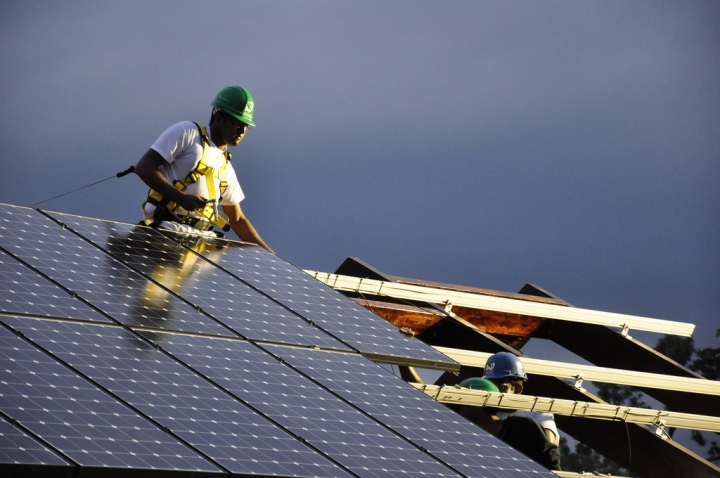 NREL researchers found that rooftop solar alone could supply 39 percent of the nation’s electricity needs and 83 percent of all small buildings in the U.S. are well suited for solar panel installation.

Despite the growth, solar represents about 1 percent of U.S. electric power generation.

Buffalo ranks fourth in the country on NREL’s list of cities that have the nation’s highest potential to offset their electricity consumption with rooftop solar — also known as distributed power generation.

SolarCity, one of the nation’s largest rooftop solar companies, is building a new solar panel manufacturing plant in Buffalo. Rob Gauchat, whose company, Solar Liberty, has been installing solar panels on roofs in the Buffalo, N.Y. area for 12 years, said he’s seen an uptick in interest in western New York as the cost to install the panels continues to fall.

Mission Viejo, Calif., which has the potential to generate 88 percent of its power from rooftop solar, tops the NREL’s list, followed by Concord, N.H., Sacramento, Calif., Buffalo and Columbus, Ga.

Vermont and Maine rank second and third in the U.S., respectively, behind California for the electric power production potential of solar panels atop small buildings. Six New England states are in the top 10 for the rooftop solar potential for large buildings. 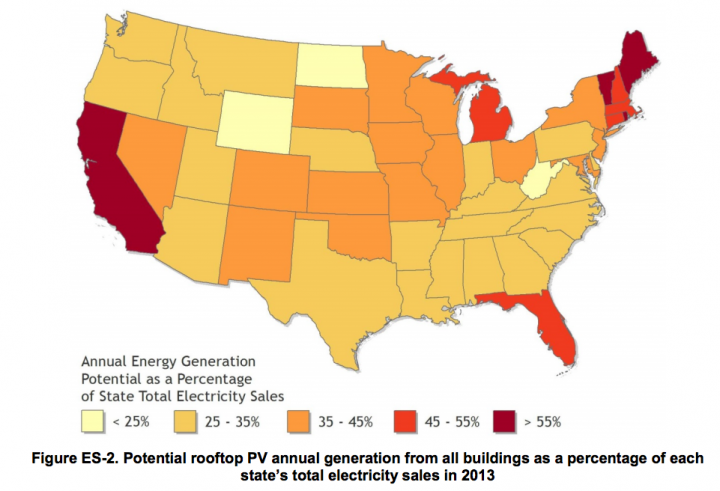 This map shows how much capability each state has to produce power from rooftop solar as a percentage of total power consumption in 2013.
Credit: NREL

Why is cloudy New England such a potential hot spot for rooftop solar?

If a city doesn’t get much sun, but it consumes less electricity than sunnier places and has a lot of roof space to accommodate solar panels, the amount of electric power consumption it can offset with rooftop solar is going to be high, NREL solar policy analyst Pieter Gagnon said.

“The states up in the Northeast perform much better on a percentage of consumption basis,” he said.

Part of what makes Buffalo or Syracuse stronger as a potential solar power producer than New York City is the sheer number of flat rooftops compared to the population, said Mike Jacobs, an energy analyst at the Union of Concerned Scientists.

“A denser city scored poorly in this study,” he said, referring to the NREL research.

Think of it this way: Syracuse, N.Y., and New York City both have about the same solar resources and have about the same amount of roof real estate. But in New York City, millions of people are crammed in tall apartment buildings, each with single small roof over a lot of residents. That leaves less space for solar panels per capita than in Syracuse, where the same roof space is spread out among fewer people living mainly in single-family houses.

NREL’s research shows Syracuse can offset 57 percent of its electricity needs with rooftop solar compared to New York City’s 18 percent because the city is a lot less dense.

Rooftop solar makes sense in Buffalo because it's an industrial city with a lot of factory rootop space that can be filled with solar panels, Solar Liberty sales administrator Kylie Monacelli said.

Electricity demand in the northeast is another major factor making it a rooftop solar hotspot. 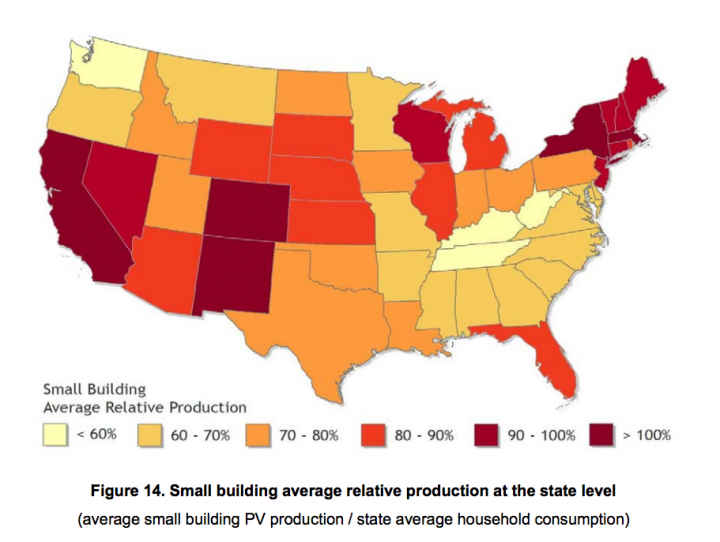 This map shows the percentage of a state's electric power production that could be produced if most roofs were outfitted with solar power systems.
Credit: NREL

Regionally, New England has the ability to offset 45 percent of its electric power consumption with rooftop solar because electricity demand is so low.

Even though the potential for rooftop soar is high in the Northeast, it isn’t common to see solar panels being installed on homes there. For example, even though SolarCity is building a factory in Buffalo, it doesn’t offer solar panel installation services there.

New York State started pushing for new solar installations in 2014 when it committed $1 billion to help build solar power systems in the state over the next decade. The state’s goal is to construct 3 gigawatts of solar power capacity by 2023 — enough to power 400,000 homes, according to the New York State Energy Research and Development Authority.

“In northern cities, deployment is relatively low unless there’s a policy by the state to promote it,” Jacobs said. “Massachusetts and New Jersey are the leading states in the Northeast. Their state policies have given an added economic boost to the deployment of solar.”