The 8 Biggest Climate Storylines of the Year

We’re coming to the end of arguably the most influential year ever when it comes to climate change. The agreements struck at the Paris climate talks gave the world hope that nations could finally get their acts together to cut carbon emissions and with them, the risks climate change poses.

And talk about a good timing. On top of being the hottest year on record, 2015 also saw a significant carbon dioxide milestone passed, sea level rise projections raised and one of the strongest El Niño’s on record.

Next year will be a new chapter in the evolving story of our relationship with climate change. But here are the main storylines that developed in 2015. 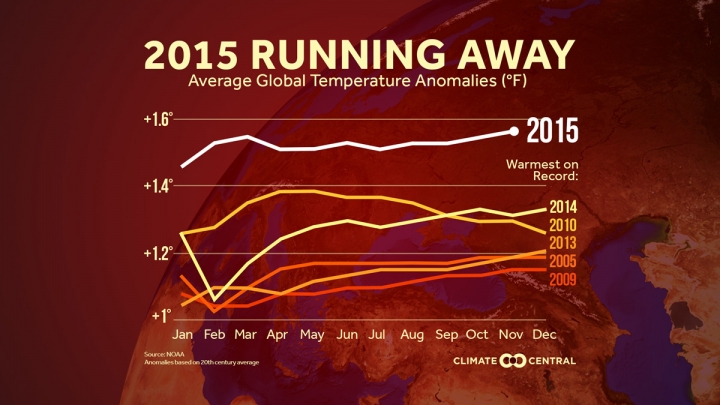 2015 has been the hottest year from start to finish.

The globe has been crazy hot all year. Signs that this would be the hottest year on record began popping up as early as April. If it were a horse race for the hottest year, 2015 would own the lead from start to finish.

On land and sea, from pole to pole, 2015 has been ridiculously hot for the world and almost all of it can be attributed to global warming. This year also marks the first time the globe will end a year with average temperatures reaching 1°C (1.8°F) above pre-industrial levels.

Our days of a world below 400 parts per million are behind us. Climate change can be traced back to one simple gas: carbon dioxide. It’s risen by 40 percent since the start of the Industrial Revolution, sparking the aforementioned rise in temperatures.

This year has continued the ever-rising march of carbon dioxide in the atmosphere to new heights. In the process, levels passed the symbolic threshold of 400 parts per million and they likely won’t dip below it again in our lifetimes. 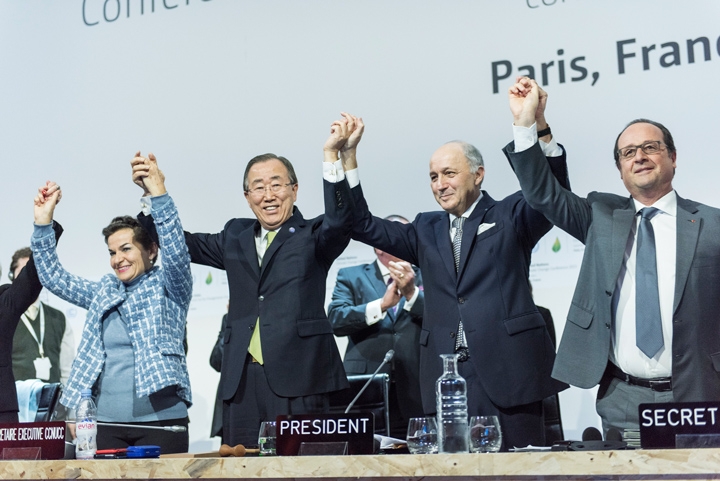 Climate action on the international level looks more realistic than ever. It’s not all bad news on the climate front this year. The Paris climate talks yielded an agreement that’s high on ambition and has the backing of all the world’s major carbon polluters. While the climate pledges aren’t enough to meet the current goal of keeping the world from warming 2°C — let alone the more difficult task of 1.5°C — they’re a sign that nations around the world are finally planning to address climate change. Now comes the hard part of doing it.

El Niño has set records and piqued public interest. The world has been watching this El Niño since 2014, but it really became a global phenom (and source of head-scratching tweets and headlines) in 2015. Marked by warm waters in the tropical Pacific, this El Niño is among the strongest on record. It’s helped kick up huge fires in Indonesia, gave Californians a twinge of hope that their four-year drought could end and increased the risk of sunny day floods.

Sea level rise projections are, well, on the rise. There’s only one direction sea level rise projections have pointed: up. Evidence is mounting that part of Antarctica and Greenland are melting faster than anticipated and that we could be locking in up to 20 feet of sea level rise. That rise could take centuries, but it would require current generations to start rethinking how and where we build our major coastal cities, and adapt to rising seas and increasing threats of flooding. 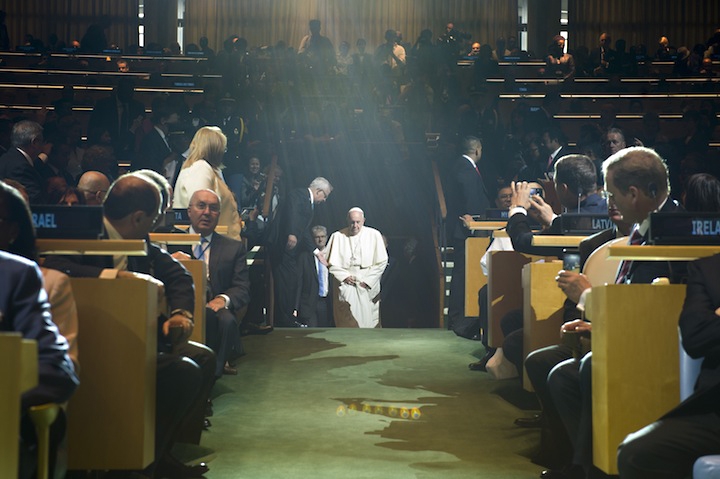 Religious leaders, including the Pope, lend some climate hope. In June, Pope Francis released his encyclical for the environment and gave climate change. The document made the grade for scientific accuracy, but it also framed climate change as a moral issue about taking care of the world’s poorest.

Muslim leaders also released a declaration in September similarly espousing the need to address climate change to protect “the gifts bestowed on us by God, whom we know as Allah.”

NASA’s amazing visuals and science are making climate change clearer and clearer. NASA might be the dopest federal agency ever. They send people and stuff to space, which in itself is an amazing feat. But all that work isn’t just for the sake of making a more accurate Matt Damon movie about life on Mars. It’s so we can better understand the planet on which we currently live. The science is obviously important, but there’s no denying the agency knows how to make a splash visually and this year was no exception, from tracking carbon around the planet to sending a climate message from the International Space Station, NASA continues to inspire wonder about our home.