Climate Pact Sees the Forest and the Trees

LE BOURGET, France — Even as climate negotiators labored Friday to finalize a pact to slow global warming, it was becoming clear that any new agreement would also help protect forests.

A 27-page draft of a planned United Nations climate deal released late Thursday contained a subsection dedicated to the strategic role that forests and jungles could play as countries seek to reduce their impacts on the climate. 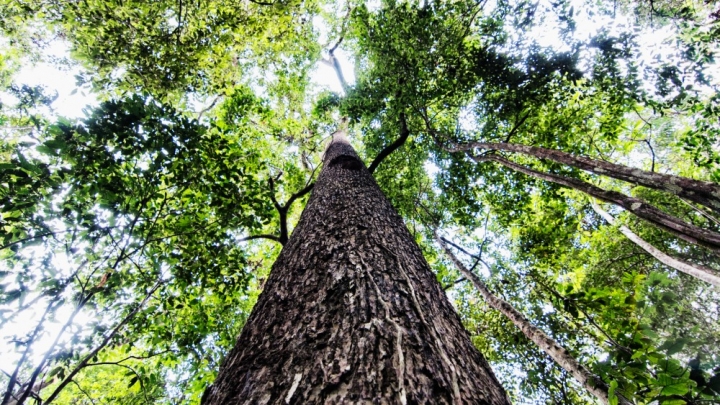 A Brazil nut tree in the Amazon rainforest.
Credit: CIFOR/Flickr

Nations should “conserve and enhance” greenhouse gas “sinks and reservoirs,” Thursday’s draft stated. It listed general steps that countries could take under the proposed agreement “for reducing emissions from deforestation and forest degradation.”

With deforestation blamed for more than 10 percent of annual carbon dioxide pollution released every year, it could be critical for such language to be included in the final pact. As trees and other plants grow, they suck up heat-trapping carbon dioxide, storing the carbon in growing trunks and leaves. When they’re cut down, the carbon is released back into the atmosphere.

Although negotiators had hoped to finalize the pact on Friday, rich and poor countries continued to haggle with rapidly developing ones, largely over how aggressive the new agreement should be in tackling climate change. That helped push talks into the weekend.

On Friday, it was announced that Brazil was joining a large coalition of countries seeking a far-reaching agreement, further isolating China and India in their pursuit of a lesser pact.

Such high ambitions — including a bid to cap global warming at 1.5°C compared with preindustrial times, instead of 2°C — could force nations to focus heavily on forest protections to offset energy sector pollution. Scientists view alternative geoengineering-based approaches to sucking carbon from the atmosphere as highly risky and speculative.

“You can’t get land-sector emissions all the way to zero unless you stop producing dairy, rice and other kinds of foods entirely,” said Doug Boucher of the Union of Concerned Scientists. “Forests are currently the only practical way to achieve the necessary amount of sequestration.”

Still, some conservationists are concerned that the new agreement would indirectly promote the clear-felling of forests to produce renewable electricity.

Power plants in the U.K. and elsewhere in Europe already burn vast quantities of pellets made from trees from the U.S., Canada and other countries as a renewable alternative to coal, even though they release more climate-changing pollution.

The working agreement refers to the eventual adoption of pollution accounting methods recommended by the Intergovernmental Panel on Climate Change. That panel doesn’t count pollution from biofuels like wood pellets when they are burned.

Environmentalists see that approach as a gift to the energy sector, which in Europe can pollute the atmosphere using wood fuel without having to pay for those emissions through the European Union’s energy-focused carbon market. Even more controversially, the practice is federally subsidized, because it helps nations comply with the EU’s otherwise stringent climate laws.

“The wood is simply shifted from a forest onto a boat and into a power plant in the U.K.,” said Alistair Graham, a Human Society adviser who campaigns against the use of wood for energy. “The U.K. that burns the bloody stuff — that’s where those emissions should be accounted for.” 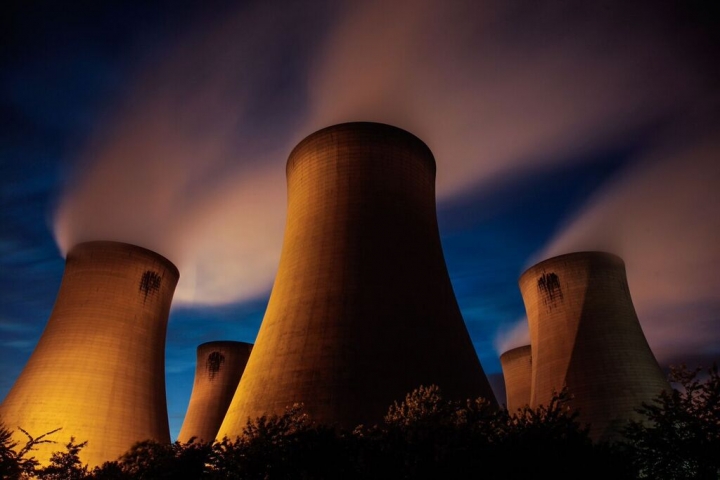 Drax Power Station in the U.K. burns wood pellets instead of coal in some of its boilers.
Credit: Rajan Zaveri

The language related to forests still may change in a final agreement, but the structure of it in Thursday’s draft suggested it would largely remain in place.

The draft and votes by negotiators earlier in the week would also help poorer countries move forward with forest-protecting strategies funded by richer ones, under a U.N. program known as REDD.

“There is clear language in both the agreement and decision text that recognizes REDD,” said Gustavo Silva-Chávez, a project manager at Forest Trends, an American nonprofit. “We’ve got everything here that we need.”

Many nations submitted climate pledges ahead of the United Nations talks that mentioned deforestation, but it had been unclear how any new climate agreement would incorporate them.

Forest-protection pledges from Brazil and other countries have been criticized for being weak and vague. The Amazon rainforest is home to billions of trees, absorbing perhaps a quarter of the carbon that’s sucked into the world’s plants every year. “There’s lots of room for improvement,” said Nils Hermann Ranum of the Rainforest Foundation Norway.

In a win for environmentalists whose work focuses on protecting biodiversity, the draft agreement also noted the “importance of non-carbon benefits” of forests. That referred to the value of preserving forests for reasons other than directly slowing global warming.

Such language would help prevent natural forests being cut down to make space for tree farms, which support far fewer native species.

“The key reason for that is to make sure that a forest is treated as an ecosystem, not only as a place where you store carbon,” Ranum said. “An intact ecosystem will have much higher resilience, and be less vulnerable to climate change. The carbon stored in those forests are much more secure.”

You May Also Like:
Extreme UK Rains More Likely With Warming
U.S. Government’s Energy Use Hits 40-Year Low
Rich and Poor Uniting in Paris, But Big Hurdles Remain
Autumn Was Warmest on Record For Lower 48