Those issues include disputes over financing, proposals for reviewing and adjusting national climate pledges, the differing roles that richer and poorer countries will play in tackling global warming, and determining what actions will be taken before 2020 to address the problem. 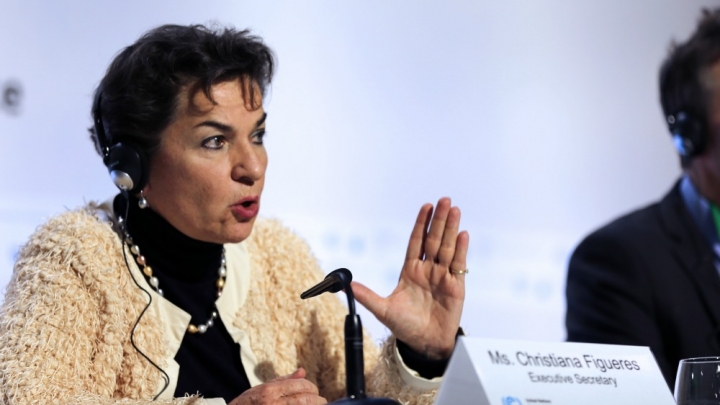 Options for addressing contentious issues were marked in square brackets in a 48-page draft of a planned United Nations climate accord. By Friday, negotiators hope to have replaced those bracketed options with definitive resolutions satisfying all countries — a profoundly challenging task that could yet see the negotiations fail, or spill into the weekend.

“This week is critical for our climate and for each one of us,” European Union negotiator Miguel Arias Cañete told reporters on Monday.

So far, the draft text appears to enjoy broad support, although a negotiating bloc representing the world’s poorest countries says its concerns aren’t being adequately represented. Those countries hope negotiators will commit to trying to limit global warming to less than 1.5°C compared pre-industrial times, far below the adopted goal of keeping warming to less than 2°C. The world has already warmed 1°C, pushing sea levels up more than 8 inches and fueling deadly heat waves.

The broader support for the accord may be largely because the draft still contains multiple options for a variety of issues, each of which is favored by different countries and groups, with the toughest negotiating tasks still ahead.

Pairs of ministers representing different governments were appointed during the weekend to shepherd negotiations on each of the four key sticking points, as well as on a fifth key issue. That fifth issue relates to the question of how a climate agreement should address the need to adapt to changes caused by global warming.

“Let’s call them the four biggies,” U.N. Framework Convention on Climate Change executive secretary Christiana Figueres told reporters on Monday. The following four “very tough issues” appear to pose the greatest threats to efforts to reach an historic climate accord, and they were the focus of intense talks on Monday.

Climate negotiations since the 1990s have been dominated by the differentiation of countries into two categories — richer and poorer. The pollution-reduction mandates of the Kyoto Protocol, a 1997 U.N. climate pact, affected only the richer countries.

The agreement that’s being negotiated in Paris would call on the haves and the have nots alike to tackle the problem of global warming, compelling negotiators to find a new way of delineating the obligations of developed and developing countries.

Developed countries have committed to providing $100 billion a year in climate financing to poorer ones by 2020, but negotiators haven’t been able to agree on what kinds of financial support can count toward that figure.

Despite a slew of recent pledges, including a $1 million pledge by the city of Paris on Monday, it also remains unclear how those funds will be raised — or what kinds of contributions could be counted toward the $100 billion figure.

A recent OECD report used methodologies adopted by wealthy countries to conclude that they were well on their way to meeting the $100 billion promise. But the report counted market-rate loans and financial support for issues that are only tangentially related to climate change, drawing sharp rebukes from countries and groups who say the West is still far from meeting its promises.

Before the Paris meeting, nations submitted pledges detailing how they plan to fight global warming after 2020. But the pledges fall far short of what’s needed to prevent a temperature rise of 2°C from preindustrial times — a dangerous amount of warming that negotiators regard as their upper limit.

As prices of solar power and other clean sources of energy continue to fall, and as political support to eradicate fossil fuel burning grows, countries are expected to be able to submit more ambitious pledges. Through a proposed “ratcheting mechanism,” those improved pledges may eventually do enough to limit warming to less than 2°C.

Regular reviews and improvements of climate pledges are planned, but the approach for doing so under a Paris agreement must yet be resolved. Those steps would be linked with scientific reviews of progress toward meeting the 2°C goal. Approaches for undertaking those scientific reviews, called stocktaking, are also expected to be laid out in the agreement.

The climate pledges cover periods after 2020 — but what about the next four years?

Some negotiators want countries to lay out how they plan to tackle global warming before 2020. The developed countries that have done most to cause the problem of climate change, though, have been reluctant to make any promises.