Amid low oil prices and growing political opposition in the U.S., TransCanada Corp. has asked the State Department to suspend its review of the company’s permit application for its controversial Keystone XL Pipeline.

The request could wind up delaying the construction of Keystone XL, which has been at the forefront of the debate over climate change in the U.S. The company’s action comes as oil prices hover around $50 per barrel, Canadian tar sands development is slowing and Democratic presidential candidate and former Secretary of State Hillary Clinton has said she opposes the pipeline. 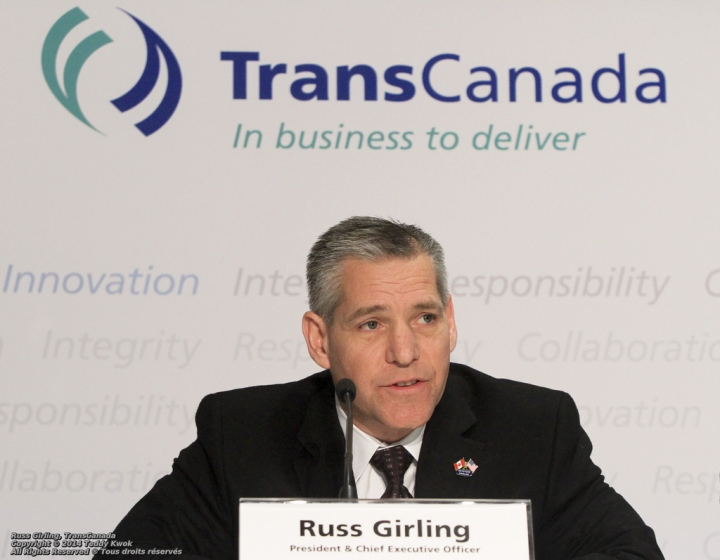 “We are asking State to pause its review of Keystone XL based on the fact that we have applied to the Nebraska Public Service Commission for approval of its preferred route in the state,” TransCanada CEO Russ Girling said in a statement. “I note that when the status of the Nebraska pipeline route was challenged last year, the State Department found it appropriate to suspend its review until that dispute was resolved. We feel under the current circumstances a similar suspension would be appropriate.”

The State Department must issue TransCanada a permit because Keystone XL would cross an international border. The proposed $8 billion pipeline would stretch 1,179-miles and connect the Alberta tar sands to an existing pipeline in Nebraska. It would transport up to 830,000 barrels of carbon-laden tar sands bitumen each day from Canada to refineries in Texas, and also connect to the Bakken shale oil fields in North Dakota.

Environmental advocates have rallied against the pipeline and urged the Obama administration to reject it, saying emissions from the conduit could worsen climate change. The State Department estimates that the pipeline will lead to the release of between 1 million and 27 million tons of carbon dioxide annually. Production of tar sands oil emits 17 percent more carbon dioxide than the average barrel of crude oil produced elsewhere.

In addition to climate concerns, the pipeline has sparked controversy because of its route through Nebraska, where some landowners have sued TransCanada to stop Keystone from being built on their property through the use of eminent domain. TransCanada has withdrawn its move to seize property, preferring instead to file for a review of the pipeline’s route by the Nebraska Public Service Commission, which could take about a year.

Experts on both sides of the border say there are both climate and political implications to TransCanada’s request for the State Department to pause its review of the pipeline permit. 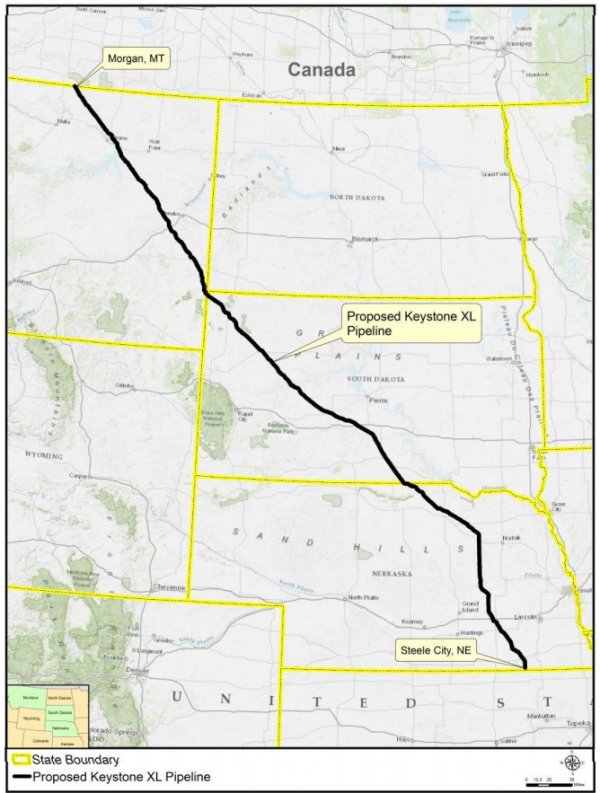 The proposed route of the Keystone XL Pipeline.
Credit: U.S. Dept. of State

Mark Jaccard, a professor of resource and environmental management at Simon Fraser University in British Columbia, said that crude oil infrastructure investments are often delayed when oil prices are expected to remain down.

However, he said, TransCanada may want to wait for the results of the 2016 presidential election considering that Republican candidates are generally in favor of Keystone XL and Clinton opposes it, while the Obama administration hasn’t said how or if it will act.

“Why not try to have the rejection, put the thing in abeyance and see who wins the presidential election?” Jaccard said.

The State Department may also approve or deny the Keystone XL application regardless of TransCanada’s request to pause the review, he said.

That request is “pretty clever, though pretty transparent,” Peter Erickson, senior scientist at the Stockholm Environment Institute in Seattle, said.

“It seems to be solidifying everyone’s impression of the current state of things — they’re not in any hurry to get this built, and it would seem as if they’re not confident in the approval of the near term anyway,” Erickson said. “In the broader picture, it’s clear that if the oil sands are going to expand, they need more export capacity and the Keystone is a big part of that. To the extent that Keystone is critical for the expansion plans, then that keeps some of that oil from getting to market, and does have climate consequences.”

Jaccard said there are two arguments about Keystone XL’s climate consequences: One, tar sands oil will find other ways to market despite Keystone XL, meaning that a delay or cancellation of Keystone XL could have little impact on the tar sands’ greenhouse gas emissions.

The second argument, Jaccard said, is that the existence of the Keystone XL project shows that it is needed to expand tar sands development and production, and if the project is delayed or cancelled, some tar sands won’t get to market, preventing some carbon from being burned.

“In reality, growth in emissions from the fossil fuel industry is directly correlated with expansion of infrastructure,” Jaccard said. “If you’re going to have more CO2 from fossil fuels in the atmosphere, you’ve got to build the infrastructure.”

You May Also Like:
Pacific Nations Beg for Help for Islanders Forced to Flee
A New Blue Marble Every Day, Courtesy of NASA
New York Prepares for Up to 6 Feet of Sea Level Rise
150 Countries Pledge to Curb Carbon Emissions