LONDON — We know that the effects of climate change are going to be felt unequally around the world. How useful it would be to know where the greatest risks will occur.

Now, for what they say is the first time, scientists in Germany have identified three African regions which they think should prepare for multiple problems in about 20 years’ time. They are in north-east Africa, central Africa and the south-east of the continent. 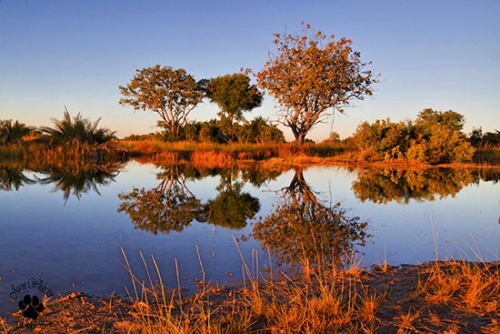 The landscape of North Zimbabwe, one of the countries in the three regions expected to be most at risk to climate change in the coming decades.
Credit: Jason Wharam/flickr

The scientists, from the Potsdam Institute for Climate Impact Research (PIK), report their findings in a study published online in the journal Global Change Biology. The lead author, Christoph Müller, says: “We tried to identify the places where climate change really hurts most.”

The three regions expected to be among those most at risk in a couple of decades are parts of Sudan and Ethiopia; the countries surrounding Lake Victoria in central Africa; and the continent’s south-eastern corner, especially parts of South Africa, Mozambique and Zimbabwe.

They are expected to see more severe dry seasons and reduced plant growth, with flooding near Lake Victoria. The three are the sub-Saharan Africa regions where by 2100 there will be a high likelihood of possibly severe climatic impacts affecting countries with relatively high populations and high poverty rates.

They believe their approach builds a more comprehensive picture of risk. Till now, they say, most studies have addressed only one aspect of climate change impacts at a time, even though multiple stresses amplify vulnerability. As well as identifying hotspots, they say their composite picture explicitly addresses the issue of uncertainty. 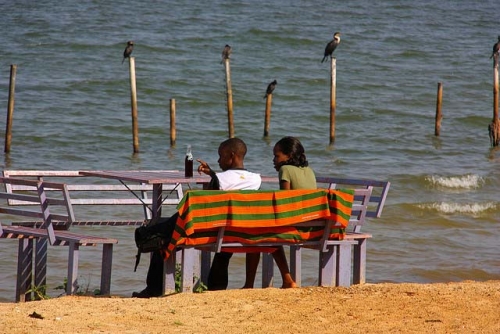 They acknowledge there will be uncertainties in assessing the impacts. But they think these can in fact inform development strategies, allowing an assessment of the impacts’ likelihood and potential severity, and a choice of ways to adapt.

And they say there is a clear upside to their work. “The good news is that large countries such as Nigeria and the tropical forests of the Congo region are likely to be much less affected,” Müller said.

“It’s all about risks,” says Hermann Lotze-Campen, co-chair of PIK’s research domain Climate Impacts and Vulnerability. “We have to live with uncertainties: we don’t have perfect data about future impacts of climate change, but computer simulations can help to understand likelihoods and possible impacts.”

Likely impacts, such as more intensive spells of drought in the southern Sahel, clearly demand the development of coping strategies for farmers and pastoralists, the study says, even if it remains uncertain how intense this change will be.

It recommends possible ways of adapting to risks. These include improved access to international agricultural markets, for instance, allowing herders to sell cattle before droughts, and insurance systems to balance increased variability in crop yields from one year to another, or water storage systems such as underground cisterns.

“This study provides the people on the ground with information they can hopefully use to then decide what to do,” says Lotze-Campen.

“A continental scenario analysis like this can never be a blueprint for adaptation, as it lacks local expertise. Yet it can help to decide where best to put limited resources in countries most affected by climate change.”