A pair of Californian scientists triggered a heated debate this week when they published an essay in Nature calling on world leaders and climate negotiators to ditch their goal of limiting global warming to 2 degrees Celsius.

What’s with the climate kerfuffle? We’ll start with the basics. 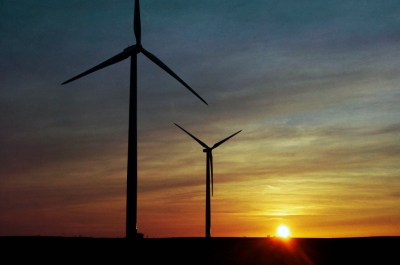 It’s that unit of measurement that scientists, along with most other people outside of the U.S., Liberia and Myanmar — the axis of twelfths — use to measure temperature.

What’s two of them worth?

A 2°C rise in average global temperatures would be equivalent to a rise of 3.6°F. That’s the amount of warming that climate negotiators are aiming to avoid during U.N. talks that are due to deliver a new climate agreement next year in Paris to replace te Kyoto Protocol, the last international climate pact. So far, we’ve heated up the planet’s surface by about 0.85°C, or 1.5°F, by burning fuel and bulldozing forests. That’s already fueling intense heat waves around the world, and it appears to have contributed to major floods and drought last year alone.

It was pretty much arbitrary, but characterized by policy and political folks as the amount of warming that the scientific community had established would “prevent dangerous” climate impacts. Danger, of course, being a relative concept. Former NASA scientist James Hansen and other researchers have concluded that 2°C of human-made warming would trigger natural feedbacks that could end up doubling that amount of warming. Setting the limit was widely seen, however, as one of the few positive outcomes from the 2009 U.N. climate talks in Copenhagen.

Are we on track to keep within that limit?

Who says we should ditch it?

The Nature essay was penned by Charles Kennel, director emeritus at the Scripps Institution of Oceanography, and David Victor, an international relations professor at the University of California at San Diego.

Do they think we should try to warm the planet by more than 2°C?

Then why dump the limit?

Kennel and Victor wrote that the limit is “impractical,” because it “does not tell particular governments and people what to do” to meet it.

They also said that the limit is “effectively unachievable” but “has allowed politicians to pretend that they are organizing for action” because the 2°C target “sounds firm.” In fact, they wrote, most politicians “have done little” to meet the limit.

Whoa, the 2°C limit is unachievable?

Keeping within it would require a clean energy revolution — similar to the type of technological revolution that’s replacing paper and landlines with computers and smartphones. A report released last month at the U.N. stated not only that we could afford that revolution, but that kickstarting it would bolster economies and save lives.

But the two scientists argued that the limit is effectively unachievable because so little is currently being done to keep within it.

Do these two scientists have any better ideas?

“New goals are needed,” they wrote. “It is time to track an array of planetary vital signs — such as changes in the ocean heat content — that are better rooted in the scientific understanding of climate drivers and risks.” 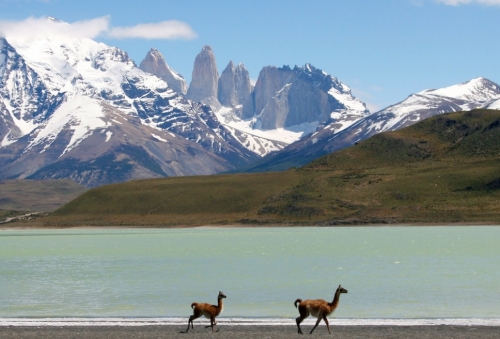 What has been the response?

“I think you could give the unresponsive governments of the world — the U.S. and China, for starters — no better gift than to remove the only target the world has ever agreed on,” Bill McKibben, the author who co-founded 350.org, one of the groups behind last month’s climate march, told Climate Central. “Then they could play tennis without a net.”

National Geographic News quoted Jay Gulledge of Oak Ridge National Laboratory’s Climate Change Science Institute as agreeing that surface temperature can be misleading if they’re the only metric used. “But I wouldn't take the next step of saying that policymakers should disregard it,” he said.

Blogger Joe Romm at Climate Progress argued that “adding more vital signs just gives people more things to argue about, so it is hardly a recipe for faster or more streamlined international action.”

The Guardian allowed a “western veteran of the climate talks” to call the proposal “really dumb,” while hiding behind the kind of anonymous smokescreen normally kicked up by global warming-amped wildfires.

And in Carbon Brief, Swiss climate change expert Joeri Rogelj took umbrage with the very notion that the limit was set arbitrarily, saying it was based on the scientific findings of the Intergovernmental Panel on Climate Change.

What does Hansen think?

James Hansen told Climate Central that, “if we were forced to choose a single diagnostic,” then it should be Earth’s energy imbalance. That refers to the total amount of extra energy that greenhouse gases are trapping in the planet's system, which is accumulating as heat in the oceans, land and air. That’s an important distinction, since most of that extra energy trapped ends up in the oceans, rather than in the air that we breathe. That ocean heat does affect the world but it escapes many surface temperature measurements. Hansen added, however, that “global temperature is not far behind” as a valuable diagnostic.

That said, Hansen points out that climate scientists look at much more than just a single diagnostic.

“I hope that nobody thinks we have just been staring at global temperature,” he said.

You May Also Like:
A Timeline of 2013 Extreme Weather and Global Warming
Obama at Summit: ‘We Have to Answer the Climate Call’
NASA Ranks This August as Warmest on Record
The $90 Trillion Climate-Stabilizing Cookbook
What Will Survive in Hot, Acidic Oceans?