A Climate Denialist Is Leading the NASA Transition

Scientists and policy watchers have been sounding the alarm bell that NASA’s climate work could be in jeopardy ever since Donald Trump’s election last month.

That’s due in large part to some of his advisors saying the agency should be focused on space exploration and not wasting money observing the earth. But the alarm started ringing louder last week with the announcement that Chris Shank, the deputy chief of staff to Rep. Lamar Smith (R-Texas), will be heading the transition at the agency. 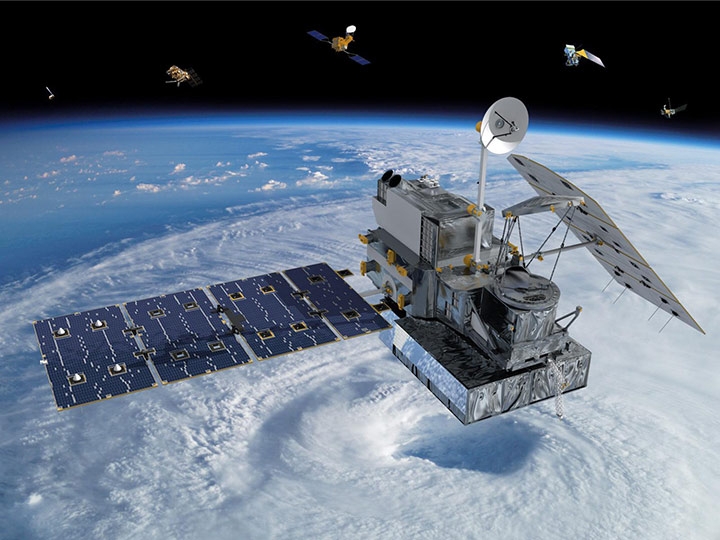 The Global Precipitation Measurement satellite run by NASA is part of a larger constellation of satellites monitoring rain and snow around the world.
Credit: NASA

Shank is also policy and coalition director for the House Science, Space and Technology Committee (you know, the committee responsible for that tweet last week) and a former NASA senior official during the Bush era, a period when scientists said they were being censored.

Now Shank will be in charge of helping lay out the priorities for the next NASA administrator and if his past is any indication, NASA’s $1.9 billion earth science budget will be square in the crosshairs.

NASA’s satellites, climate modeling and other earth-based science research are crucial to understanding the threats climate change poses from sea level rise to more extreme precipitation. Losing any of the agency’s earth monitoring abilities would be a huge blow to both science and climate policy in the U.S. and around the world.

Shank has questioned the underpinnings of climate science. His boss has also used his platform as chair of the House Science, Space and Technology Committee to call hearings — hearings that Shank played a role in putting together as policy director — questioning climate science and attacking individual researchers.

Andrew Rosenberg, the director of the Center for Science and Democracy at the Union of Concerned Scientists, said having someone like Shank manage the transition at NASA is essentially having someone “who views things like oversight of science in a way that if you don’t like the answer, you attack the science. They’re trying to politicize science as much as they possibly can. It worries me that somebody like that can be leading a transition team.”

The transition team did not respond for request for comment.

Shank’s most recent public comments on climate change came in September 2015 at a panel held by Arizona State University’s Consortium for Science, Policy, and Outcomes billed as “a dialog on ways to include perspectives that have not traditionally been part of the climate conversation.”

Despite ground rules that climate science was not up for debate in the discussion, Shank still questioned aspects of climate science, including the goal of climate policies and the accuracy of scientific measurements.

“The rhetoric about climate pollution, which is CO2 which I am emitting here today, is this really about some neo-Malthusian discussion on population control that we’re talking about here?” he said, alluding to the idea that climate change could be used by governments to invade people’s personal lives. “Some of the rhetoric coming out that it’s the hottest year in history actually is not backed up by the science.”

Contrary to his statement, 2015 was indeed the hottest year on record according to NASA and other agencies (though 2016 has since eclipsed it). The planet has warmed nearly 1°C since the  start of the industrial revolution, and 16 of the 17 hottest years have all occurred since 2000 (1998 is the lone outlier).

Shank also compared scientists who were skeptical of climate change to Galileo, arguing that skeptics are using evidence-based science. It’s a common trope used to question climate science, which has been widely derided by science historians for a number of reasons (outlined exceedingly well by Chris Mooney at the Washington Post). 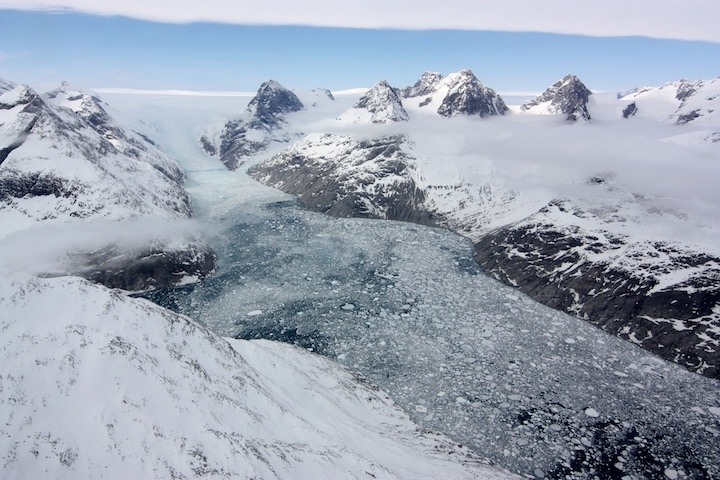 A fjord and glacier in southern Greenland captured on NASA IceBridge flight. The flights are part of a mission to monitor ice melt at both ends of the poles using low-flying planes.
Credit: NASA

When Smith became chair of the House Science, Space and Technology Committee, Shank came with him to help direct the legislative and hearing agenda for the committee. During that time, the full committee has held at least 11 hearings related to climate change, mostly aimed at attacking the science and U.S. international climate commitments such as the Paris Agreement.

And Bob Walker, a former Republican congressman who has been advising Trump on space policy, has spoken out against what he views as “politically correct environmental monitoring” and advocated for less climate work at the agency.

While Walker has suggested that other agencies such as the National Oceanic and Atmospheric Administration could absorb some of NASA’s climate efforts, it’s unclear how that would work. NOAA’s climate budget is a comparatively paltry $183 million so it’s highly unlikely that it has the capabilities to take over NASA’s work.

Losing any of NASA’s climate capabilities would create a huge gap in understanding what’s happening with climate change at a time when it’s becoming ever more important. That’s particularly true for its satellite program, which monitors heavy rain, atmospheric carbon dioxide, sea levels and changes in gravity that can tell scientists about the state of ice sheets and groundwater (to say nothing of NASA’s work maintaining a global temperature record, climate modeling and aircraft-based research).

As more than 800 Earth science energy experts urged in an open letter to Trump, being blind to the changes taking place on our planet would be a huge loss that would stretch far beyond academic journals. Coastal planners, international climate negotiators and clean energy investors and others would all have a hazier view of what impacts they face and how much time is left to act.