LONDON - The study, published by the International Food Policy Research Institute (IFPRI), and with contributions from scientists in countries across the southern Africa region, uses available data and a variety of models to examine likely agricultural developments, particularly related to crops, in the period to 2050.

Agriculture is the primary source of employment and income for most of the rural population in southern Africa. In Malawi about 40 percent of gross domestic product (GDP) comes from agriculture. In Zimbabwe, about 80 percent of the population depends directly on agriculture.

More than 50 percent of agricultural land in the area is devoted to cereal crops, with maize accounting for more than 40 percent of the total harvested area. Millet and sorghum are also important crops, especially in drier areas. Some countries in the region, such as Botswana and Lesotho, already struggle to meet demand for maize and sorghum and have to import large amounts, mainly from South Africa.

The study says climate change, with rising temperatures and increasingly erratic rainfall patterns across much of the region, will likely cause a decline in average maize and sorghum yields. However, some areas, such as southern Mozambique, will see a growth in harvests. Wheat harvests could be particularly vulnerable to rising temperatures.

Extreme weather events – such as droughts, floods and changes in the frequency and intensity of dry spells – already negatively affect agriculture in most parts of Africa, says the study.

“Higher temperatures tend to reduce yields of crops by reducing soil moisture content and the length of the growing season, and in most places they tend to encourage weed and pest proliferation.”

Most farming in the region is carried out by smallholders who depend on rainfall to water their crops. “Greater variations in precipitation patterns increase the likelihood of crop failures and long-run production declines,” says the study. 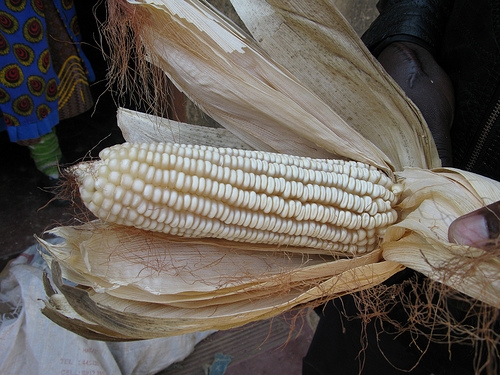 Across much of southern Africa, increasing numbers of people are migrating from rural to urban areas in search of work. This movement of people could intensify with changes in climate, the study says.

Increased adaptation measures such as planting more drought-resistant crops will help mitigate the impact of climate change. Rising incomes across much of the region will help alleviate some of the problems expected.

“Successful agricultural adaptation to climate change is not just about better seeds and practices but building better roads and education systems, which give farmers greater access to markets and the background necessary to make fully informed decisions about new agricultural practices,” says the study.

However, continuing population growth, along with changes in climate, are likely to worsen food insecurity in the region. According to medium range estimates, the overall population of the southern Africa region is expected to increase by about 70 percent between now and 2050 – from 142 million to more than 240 million people – with Angola, Malawi, Mozambique and Zambia all more than doubling their populations.