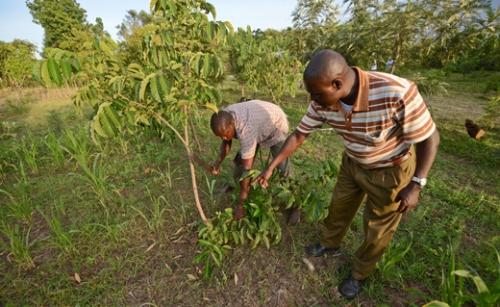 Agriculture accounts for more than 40 percent of gross domestic product across the region. The report says soil deficiencies in many parts mean agricultural productivity is falling.

Ecosystems are depleted, infrastructure is poor and there’s a lack of reliable information and policy coordination. Meanwhile weather systems are becoming more erratic and violent.

“Climate change will have far-reaching consequences for the poor and marginalized groups, among which the majority depend on agriculture for their livelihoods and have a lower capacity to adapt…this situation is likely to become more desperate and to threaten the very survival of the most vulnerable farmers as global warming continues,” says the study.

Crop production across the region depends overwhelmingly on rainfall. Many areas are likely to see less rainfall in future and an increased incidence of droughts. In 2011 there were prolonged droughts in Ethiopia, Kenya and Tanzania.

Rising temperatures in many areas are likely to result in reduced crop yields: harvests of wheat, soybean, sorghum and irrigated rice could decline by between 5 percent and 20 percent, with irrigated rice production being the hardest hit. However, output of rain-fed maize and rain-fed rice might increase slightly, due to increased rainfall in some areas.

Endemic poverty affects more than 50 percent of the region’s 360 million people. Overall – unless adaptation measures, including the introduction of new crop varieties, better land management and the advancing of planting dates to cope better with changes in climate are adopted – the outlook for the region is bleak, warns the report.

“Recent trends and the current performance of agriculture expose a region that is progressively less able to meet the needs of its burgeoning population.” 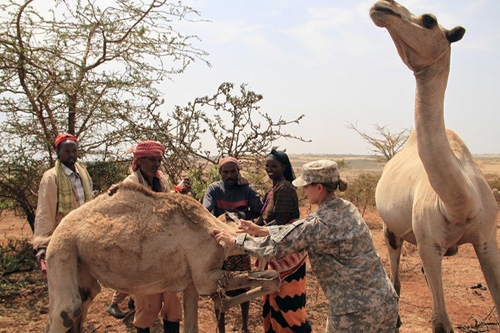 The countries of East Africa have among the highest population increases in the world: between 1988 and 2008 the region’s population – excluding that of the DRC – increased by “a staggering” 74 percent. By 2050, that population could double.

While there’s growing urbanization across the region and more industrial development, agriculture will continue to dominate the countries’ economies.

The report says there’s a role for insurance schemes which would enable farmers to cope better with changes in climate. But persuading those working on the land – mainly smallholders – to invest in such schemes is hard, with no spare cash available to spend on even small premiums.

The study is a collaboration between IFPRI, the Consultative Group on International Agricultural Research (CGIAR), the Association for Strengthening Agricultural Research in Eastern and Central Africa (ASARECA) and regional scientists. Previous studies have looked at the impact of climate change on agriculture in West Africa and southern Africa.