Sharks Face a Growing Threat in Warming and Acidic Seas

Shark Week, the annual television extravaganza featuring the most terrifying and toothiest fish in the sea, will wind down over the weekend. But even though sharks may disappear from the collective consciousness for another year, that doesn’t mean they’ll cease to exist.

Like many species, sharks face a looming threat: a changing climate. The most ancient sharks date back to 450 million years ago, during a period when the oceans were much warmer and much more acidic — an environment today's sharks aren't necessarily familiar with. As greenhouse gases cause global temperatures to rise, however, sharks are once again swimming in oceans that are warmer and more acidic, forcing them to adapt to their new environment. 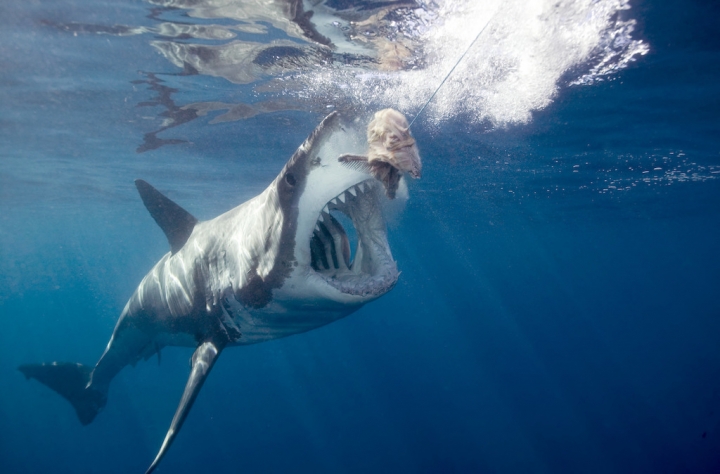 A great white shark arching its body and opening its mouth for bait.
Credit: Lwp Kommunikáció/flickr

“All ancestors of living creatures have been exposed to widely changing environmental conditions over time,” said Samuel Gruber, a shark biologist and founder and director of the Bimini Shark Lab.

A rapidly changing climate may put sharks at risk, however, because their slow rate of evolution makes them “a bit slow to respond to acute climate change,” he said.

Climate change affects nearly all of the ocean’s inhabitants from sharks to coral. For sharks, the warming waters can mean a shift in their habitat and location. According to the National Oceanic and Atmospheric Administration (NOAA), nine of the 10 years with the warmest ocean temperatures have occurred since 2000. And 93 percent of warming from greenhouse gas emissions is absorbed by the oceans.

Using warming projections, a study released earlier this year looked at projected habitat shifts of two shark species near Australia for 2030 and 2070. Researchers found that due to warming waters, the edge of the sharks’ range could shift as much as 40 miles poleward per decade, pushing the sharks away from the warming oceans near the equator into different habitats.

An indirect effect of warming oceans is the location of the shark’s prey. Much of their prey is more easily affected by ambient water temperature. As the waters warm, these fish may move poleward at a greater rate, causing the sharks to follow.

NOAA oceanographer Phoebe Woodworth-Jefcoats studied the change in marine ecosystems under warming waters. She found that phytoplankton, the base of the marine food web, would decrease as the ocean warmed and create a chain effect up the ecosystem.

“As the amount of food at the base of the food web [phytoplankton] declines, there's less food available to predators of all sizes and, in turn, fewer predators,” Woodworth-Jefcoats said.

That would affect many sharks who sit at the top of the foodweb.

Roughly a quarter of carbon emissions are absorbed by the oceans, increasing the acidity of the water and, most notably, affecting the ability of shellfish to calcify their shells. But acidic oceans can also can affect shark physiology and even their very survival. 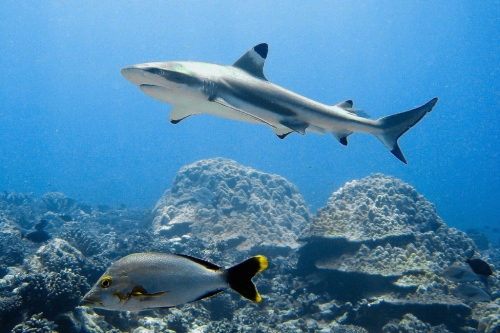 A 2014 study tested how bamboo shark embryos fared in warmer, more acidic water. The researchers placed the shark embryos in water that matched the projected scenarios of warming and acidification, a pH 0.5 lower and about 7°F higher than today’s levels and allowed them to incubate and hatch normally. Thirty days after hatching, survival of the sharks rapidly declined, resulting in more than half of the sharks dying.

Another study measured the effect on a shark’s sense of smell and, by extension, its hunting ability. Researchers found the dogfish sharks were not attracted to the smell of squid at carbon dioxide levels that the ocean is expected to reach by 2100. If a shark is unable to smell its prey, its hunting trips may not be fruitful.

Sharks’ reaction to the climate is often hard to see, according to Dr. Gruber. The effects of climate change are “swamped by the overfishing, pollution and anthropogenic damage to shark populations,” he said. “It’s like the threat to climate: human intervention and pollution.”

Even so, it’s wise to remember that sharks have been around for hundreds of millions of years and have yet to die out. For now, at least, we're likely have new Shark Week footage to squirm over for years to come.

You May Also Like:
Sea Levels Could Rise At Least 20 Feet
A ‘Climate Vise’ is Squeezing Bumble Bees’ Range
How 2°C of Warming Could Reshape the U.S.
Coastal Nations, Megacities Face 20 Feet of Sea Rise