Climate Change May Put Power Grid at Risk in the West

The ravages of climate change could severely hurt the ability of utilities in the 11 Western states to generate power unless they “climate proof” their power grid using renewables and energy efficiency, something they are not prepared for, according to a new study.

For nearly half of the West’s existing power plants, climate change could reduce their ability to produce electricity by up to 3 percent during an average summer and possibly up to nearly 9 percent during a decade-long drought, according to the study published Monday in the journal Nature Climate Change by researchers at Arizona State University. Coal-fired power plants in Wyoming, Utah, Arizona and Colorado are especially vulnerable, the study says. 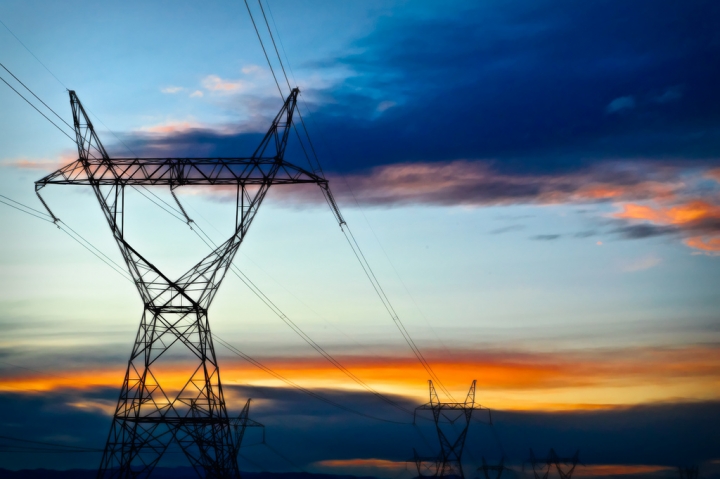 “Climate proof” the West's power grid, or the region's utilities may not be able to generate as much electricity, according to a new study.
Credit: David Kingham/flicker

Climate change is expected to profoundly affect the Western U.S., possibly making the already-parched Southwest more arid and vulnerable to drought. Stream flows will decline and mountain snowpack will melt earlier as temperatures rise, constraining water supplies. Wildfires and heat waves will be more frequent, and forests throughout the Northwest will be vulnerable to disease outbreaks and die-offs, according to the National Climate Assessment.

Together, those factors conspire to hit power plants hard, especially during times of peak demand when people are using the most power, usually during the summer months when air conditioners are run at full blast.

Scientists have a limited understanding of how electricity production and transmission will be affected by climate change, and the study offers a peek into what those effects might be, Mikhail V. Chester, Arizona State University engineering professor and study co-author, said.

Higher temperatures and low stream flow reduce coal-fired power plants’ ability to use water for cooling, preventing them from operating at full capacity. The most vulnerable power plants could see a reduction in power generation capacity by up to 8.8 percent, the study says.

Renewables take a hit, too, but are much less vulnerable to climate change.

Solar photovoltaic panels generate less power as air temperatures rise, leading to a power generation capacity loss of up to 1.7 percent. And, just like airplanes have difficulty getting airborne in Phoenix on hot summer days because the air isn’t dense enough to create sufficient lift from the wings and power from the jet engines, wind turbines operate less efficiently when the air is hot and less dense. The study says climate change’s effect on wind turbines is too uncertain to estimate a possible loss in power generation capacity, however.

“Often when we think about the effects of hotter temperatures on electricity provision we focus on the demand side as people consume more electricity for air conditioning,” Chester said. “Our results show that climate change can be expected to impact the electricity supply side as well ultimately raising questions about our ability to meet this growing demand with the current mix.”

Utilities gauge how adequate their power supply is based on how much additional electricity they’re able to generate after meeting peak demand during the summer, something called “planning reserve margin.” Most utilities in the West estimate that they’ll be able to produce about 18 percent more power than is actually needed, but they’re not studying how that margin could be hit by climate change, the study says.

Climate change could reduce that margin to 14 percent, and utilities are not preparing for the reduction in capacity, Matthew Bartos, an Arizona State University research scientist and the study’s lead author, said. 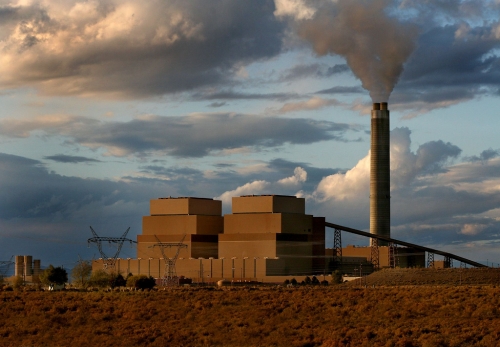 Coal plants could be vulnerable to extreme heat in a changing climate.
Credit: arbyreed/flickr

“A lot of people didn’t realize this is a possibility — that climate change could impact the amount of electricity being produced,” he said, adding that the study makes no predictions about the likelihood of blackouts or brownouts because of reduced power generation capacity.

John Yearsley, an affiliate professor of computational hydrology at the University of Washington, said Bartos and Chester’s approach and results are similar to a 2012 study he co-authored showing that coal-fired and nuclear power plants nationwide stand to take a power generating capacity hit of up to 16 percent through 2060 because of climate change.

The Arizona State study recommends Western states invest in wind, solar and other “resilient” renewable energy sources while upgrading the power grid and encouraging conservation as ways to overcome some of the challenges climate change poses to the region’s power supply.

“My own feeling is that changing consumption rates is more likely to mitigate impacts of climate change on power generation,” Yearsley said.

In other words, to make sure the lights stay on across the West during the summer, people should make their homes as efficient as possible so they use as little electricity as they can.

You May Also Like:
Pacific Northwest’s ‘Wet Drought’ Possible Sign of Future
Heat is Piling Up in the Depths of the Indian Ocean
Blooming Algae Could Accelerate Arctic Warming
Extreme Heat and Heavy Rain Events Expected to Double