Climate change is making drought conditions in southwest and southeast Australia worse, with serious ramifications for people’s health and the agriculture industry, a new paper has warned. 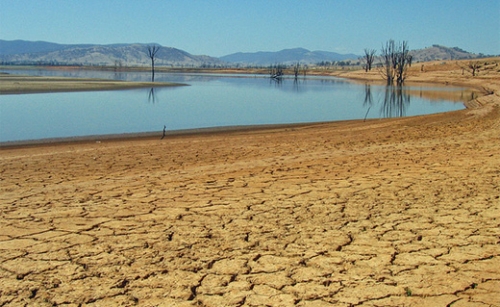 The Climate Council report states that since the mid-1990s, southeast Australia has experienced a 15 percent drop in rainfall during late autumn and early winter, with a 25 percent slump in average rainfall in April and May.

A drought that has gripped western Queensland and northern New South Wales since 2012 has put pressure on farmers and forced wildlife into starvation.

Projected decreases in average rainfall in winter and spring mean it will “likely be increasingly difficult to erase such rainfall deficits in the future” according to the Climate Council report, which cites data from the CSIRO and Bureau of Meteorology.

Average annual stream flow into Perth’s dams has fallen by 80 percent since the 1970s, according to the paper, while Sydney dams such as Warragamba and Shoalhaven could experience a 25 percent drop in water inflows by 2070 if greenhouse gases are not curbed. Melbourne’s four main reservoirs could suffer an 18 percent decrease in annual stream flows by 2050.

The Climate Council said that increasingly severe droughts were linked to a drop in agricultural productivity and a 15 percent increase in suicide risk for rural males aged between 30 and 49.

“We are seeing this kind of thing consistently around the planet. This is being driven very strongly by climate change, through the models and supported by observations.”

The report’s author, professor Will Steffen, said a much clearer picture of climate change’s influence on drought was emerging through recent research.

“There is stronger evidence that the front that brings rain in from the Southern Ocean has shifted south by about a degree in latitude, while the subtropical ridge, which is a belt of high pressure in central Australia, has intensified,” he said.

“We are seeing this kind of thing consistently around the planet. This is being driven very strongly by climate change, through the models and supported by observations.”

Steffen said future rainfall decreases of even 10 percent would have “pretty serious” implications for urban water supplies due to the reduced flow of water into catchments.

“Droughts have obviously been an important issue for Australia for a long time, but the question is ‘how far can we adapt?’ ” he said. “If you look at wheat yields, for example, yes, you can adapt, but there are limits to that. It’s a bit of false hope that you can adapt infinitely,” he said.