Odorless, invisible gases cause the buildup of heat in the Earth’s atmosphere and oceans that lead to climate change. Those changes, such as shifts in rainfall patterns and the acidification of sea waters, are ones that happen in the long-term, relegating them to the background and making them hard to notice.

The International Center for Photography (ICP) aims to change that by punctuating the selfies and latte art pictures in your Instagram feed with images by professional photographers and scientists that show the causes and effects of climate change around the world, as well as how we know what we do about climate science. 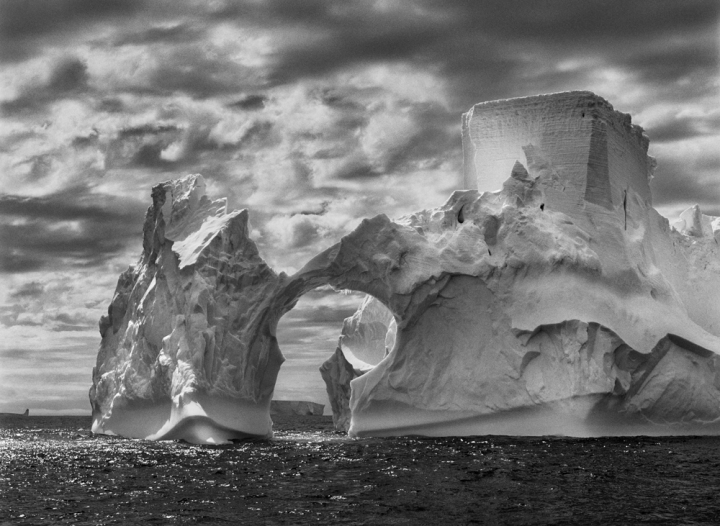 Iiceberg between Paulet Island and the South Shetland Islands on the Antarctic Channel. The Antarctic Peninsula, 2005.
Click the image to enlarge. Copyright Sebastião Salgado/Amazonas Images

The Instagram takeover is part of a broader approach to the Center’s latest exhibit called “Genesis,” an 8-year project by photojournalist Sebastiao Salgado to document some of the most remote and pristine locations around the world. The stunning collection of black and white photographs shows places barely touched by humans. It serves as both inspiration — what Salgado has termed his “love letter to the planet” — and a cautionary tale of what could be lost.

“The 240 or so images we’re showing are spectacular,” said Pauline Vermare, the on-site curator of the exhibition. But, “they don’t directly address the question of climate change,” she said.

Instead, it’s a subtext to these images and that’s partly why ICP decided to bring scientists in for gallery talks and use avenues such as Instagram to further make those connections and spark a bigger dialogue. 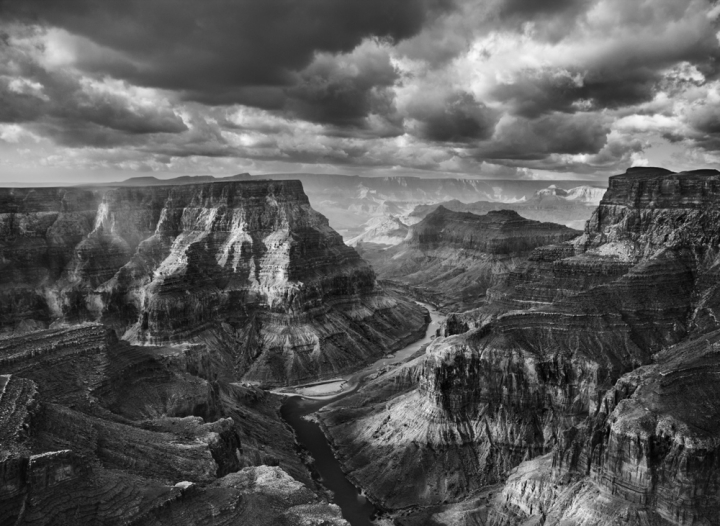 View of the junction of the Colorado and the Little Colorado from the Navajo territory. The Grand Canyon National Park begins after this junction.
Click the image to enlarge. Copyright Sebastião Salgado/Amazonas Images

“Social media is a forum for discussion. That’s a thing that’s not necessarily possible if you’re a solo person walking through an exhibition,” said Krishna Knabe, ICP’s communications director.

It also has the potential to reach a much wider audience than the people who stroll through ICP’s Midtown Manhattan gallery. Knabe organized a takeover of their Instagram account for 15 weeks, allowing a select group of photographers and scientists to post images that show the causes and impacts of climate change even more clearly.

“As gorgeous as the work is, it’s a little horrifying to see (the impacts),” Knabe said. “But the power of photography is to tell these stories and . . . document social change and climate change.

“For me personally and the staff here, we’re already learning a lot about things that are happening and I hope people will get energized about particular issues that are relevant to them.”

In particular, she said the images of deforestation in Borneo and the associated rampant rise of palm oil plantations there to produce biofuels and other goods led her to think harder about the issue. Deforestation accounts for roughly 20 percent of carbon dioxide emissions globally according to the U.N., in addition to causing huge losses in biodiversity.

The photos don’t just show the impacts or causes of climate change. They also show how we know what we know about climates past, present and future, making sometimes esoteric-seeming science more accessible and showing the breadth of research.

Hands-on work in the field, such as drilling ice cores and taking tree ring samples, show the more scenic side of science. But the supercomputers of yesteryear are juxtaposed with their modern counterparts to show how modeling — and our understanding of the climate system — has also advanced.

Vermare said ICP is planning another environmentally themed show for fall next year and a broader photography project enlisting citizen journalists to capture their impressions of climate change that will also be displayed in the run-up to the major international climate negotiations in Paris next year.

“The aim of this whole partnership is to make this as meaningful as possible,” she said. “It’s not about art, it’s about changing the society.”