Reports this week from the front lines of the Sand Fire in Southern California painted the scene as apocalyptic. The drought-fueled blaze was explosive, fast-moving and devastating, burning through 38,000 acres in the Santa Clarita Valley and forcing the evacuation of more than 10,000 homes.

If the state’s wildfire season holds true to forecasts, the Sand Fire will be one of many catastrophic wildfires to scorch drought-stricken forests and shrublands across California this year. So far, only one wildfire has been larger — the 48,019-acre Erskine Fire, which started in June in the Sierra Nevada Mountains and destroyed 250 homes and buildings. 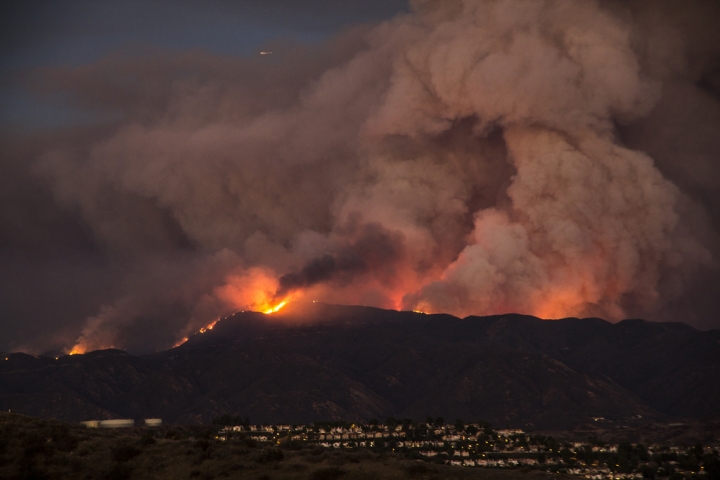 None of the fires have been among the worst or largest wildfires the state has seen in recent years, but they’re part of a dire global warming-fueled trend toward larger, more frequent and intense wildfires. The number of blazes on public lands across the West has increased 500 percent since the late 1970s, said LeRoy Westerling, a professor studying climate and wildfire at the University of California-Merced.

The outlook this summer is sobering: Wildland fire potential for most of coastal California and the Sierra Nevada Mountains is above normal and is expected to remain that way through October, according to the National Interagency Fire Center.

The wildfire forecast follows a major heat wave in California, where the temperatures soared above 120°F (48.9°C) in some parts of Southern California. The region is seeing a significant warming trend. Each decade since 1970, average summer temperatures have warmed about 0.45°F (0.25°C).

The worst of the fire season in Southern California may be yet to come, said Hugh Safford, a U.S. Forest Service ecologist based in Vallejo, Calif.

“The most dangerous fire conditions occur from the end of September to December, when Santa Ana winds from the desert interact with the driest fuels of the season after five to six months of drying,” he said. “I would expect an active fire season, and critical conditions in the fall.”

Westerling said 140,000 acres have burned across Southern California this year — a figure that amounts to nearly four times the five-year average for annual acreage burned in an entire wildfire season in the region.

Global warming’s fingerprints can be clearly seen on this year’s fire season in California, where the state’s extreme drought is entering its fifth year and record-breaking heat has baked the region.

The worse the drought, the more of a tinderbox forests become. 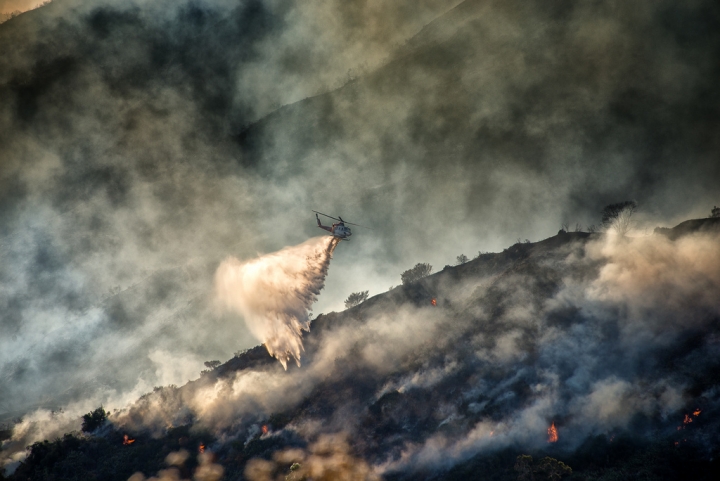 Southern California fire conditions today are already bad as firefighters attempt to contain the Sand Fire and battle the Soberanes Fire, which has burned more than 27,000 acres south of Monterey since the fire started on July 22.

The Sand Fire, burning in mountainous shrubland known as chaparral, has surprised wildfire scientists because of the speed with which it scorched the slopes north of Los Angeles. It’s an example of how climate change affects the way wildfires burn.

“Chaparral always burns at high intensity, but the mean size of chaparral fires has been growing,” Safford said. “We haven’t seen much change in the severity of these fires, but they are getting bigger on average, which may be due to drought-driven shrub mortality.”

Dead and dry trees do a lot to help fires spread, he said.

“This last factor results in fire embers that are cast far ahead of the flaming front and leads to faster fire growth and more difficult control,” Safford said.