Climate change could cut the value of the world’s financial assets by $2.5 trillion, according to the first estimate from economic modeling.

In the worst case scenarios, often used by regulators to check the financial health of companies and economies, the losses could soar to $24 trillion, or 17 percent of the world’s assets, and wreck the global economy.

The research also showed the financial sense in taking action to keep climate change under the 2°C (3.6°F) danger limit agreed by the world’s nations. In this scenario, the value of financial assets would fall by $315 billion less, even when the costs of cutting emissions are included.

“Our work suggests to long-term investors that we would be better off in a low-carbon world,” said Professor Simon Dietz of the London School of Economics, the lead author of the study. “Pension funds should be getting on top of this issue, and many of them are.” He said, however, that awareness in the financial sector was low. 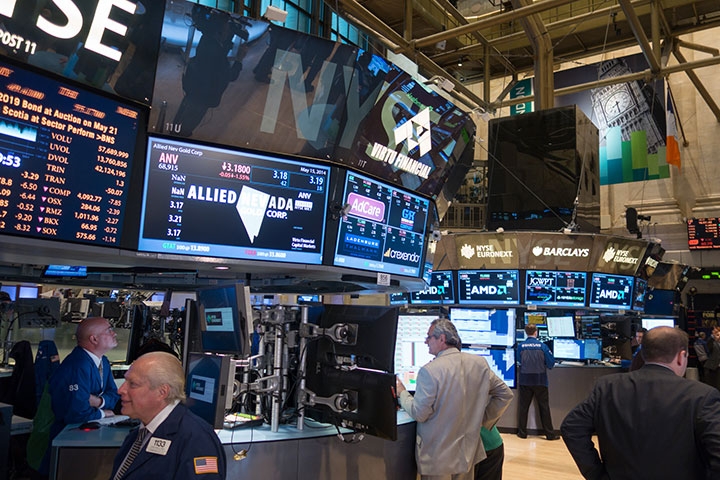 Mark Campanale of the thinktank Carbon Tracker Initiative said the actual financial losses from unchecked global warming could be higher than estimated by the financial model behind the new study. “It could be a lot worse. The loss of financial capital can be a lot higher and faster than the GDP losses [used to model the costs of climate change in the study]. Just look at value of coal giant Peabody Energy. It was worth billions just a few years ago and now it is worth nothing.”

“Physical climate change impacts are a systemic risk on a massive scale,” said Ben Caldecott, the director of the sustainable finance program at the University of Oxford. “Investors can do much more to differentiate between companies more or less exposed and they can help reduce the risk to the global economy by supporting ambitious action on climate change.”

The new study, published in the peer-reviewed journal Nature Climate Change, used economic modeling to estimate the impact of unchecked climate change. It found that in that scenario, the assets were effectively overvalued today by $2.5 trillion, but that there was a 1 percent chance that the overvaluation could be as high as $24 trillion.

The losses would be caused by the direct destruction of assets by increasingly extreme weather events and also by a reduction in earnings for those affected by high temperatures, drought, and other climate change impacts.

If action is taken to tackle climate change, the study found the financial losses would be reduced overall, but that other assets such as fossil fuel companies would lose value. Scientists have shown that most of the coal, oil, and gas reserves such companies own will have to stay in the ground if the global rise in temperature is to be kept under 2°C (3.6°F). The total stock market capitalization of fossil fuel companies today is about $5 trillion.

“There is no scenario in which the risk to financial assets are unaffected by climate change. That is just a fiction,” said Dietz. “There will be winners and losers.” Major investors such as Norway’s sovereign wealth fund — the world’s biggest — have already begun selling off high-carbon stocks such as coal companies.

Investors have also been warned about investing in new coal and gas fired power stations after 2017 by a second new study. The research shows that, to meet the 2°C (3.6°F) target, no new carbon-emitting power stations can be built anywhere in the world unless they are later closed down or retrofitted with carbon capture and storage technology.

“Investors putting money into new carbon-emitting infrastructure need to ask hard questions about how long those assets will operate for, and assess the risk of future shut-downs and write-offs,” said Professor Cameron Hepburn of the University of Oxford.

You May Also Like:
Meltdown: More Rain, Less Snow as the World Warms