The Dudh Koshi basin spans 1 million acres and includes some of world’s tallest peaks including Mount Everest. Glaciers tumble down from the highest reaches to the valleys below, shaping the landscape and culture of the region.

But climate change has the region primed for a major meltdown. A new study published in The Cryosphere shows that by 2100, the jagged tongues of ice that define the region could shrink by 70 percent or greater as the region warms. 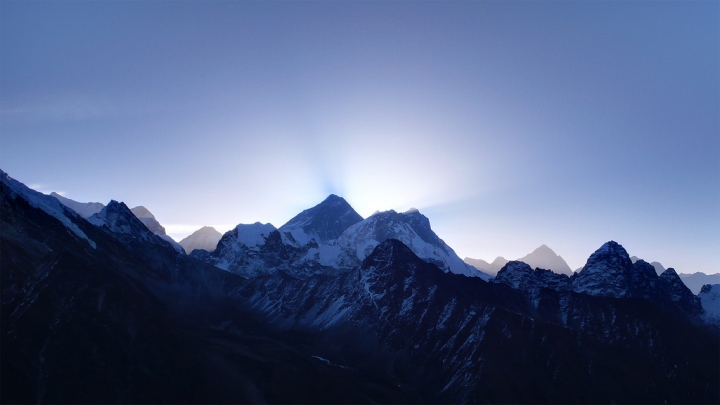 More than a bucket list item for mountaineers, the Everest region is home to rivers that drive hydropower plants, support agriculture and eventually empty into the Ganges River. Any change to the glaciers has potential downstream effects. The lakes left behind by receding glaciers also pose a major flood threat. Tourism, which brought in nearly $400 million to Nepal’s economy in 2013, could also take a hit if the iconic landscape changes.

Perhaps the most iconic feature of all, Mount Everest, may already be feeling some of the effects of warming. Last year, a huge slab of ice broke off the world’s tallest peak and came crashing across a popular climbing route, killing 16 climbers. Some have pointed to it as a sign of things to come as ice destabilizes in the region.

For all the importance of glaciers, very little data is available on them because of the harsh conditions and challenges of collecting it. But the Everest region is an exception thanks to its exceptional status. Joseph Shea, a research scientist at the International Center for Integrated Mountain Development who led the new study, said that status made it a prime region to model the intricacies of future glacier changes.

Glaciers depend on snow and cold temperatures to maintain their balance. In Nepal, the majority of the former arrives during the monsoon season, which accounts for 77 percent of all precipitation in the region. Understanding how climate change will affect the monsoon is still an area of active research. Some signs indicate total precipitation has decreased even while more of it is falling on fewer days.

Temperature is a much clearer signal, though. Shea said temperatures could warm by as much as 12°F in region by 2100.

“In this basin, it’s not that different from other places,” he said. “It’s pretty simple physics to warm temperatures and get more ice melt.”

The rise in temperatures would raise the freezing line on the mountain, exposing more ice to melt and reducing the area where nourishing snow falls. Estimates from the study indicate that the freezing line could lift by as much as 3,900 feet by 2100, which could expose the majority of glaciers in the region to temperatures above 32°F in warm-weather months.

No snow coming in and more ice melting out is a recipe for disappearing glaciers. In the Dudh Koshi basin, estimates based on past data and modeling indicate that the region has seen a 15.6 percent loss in ice volume and 20 percent in ice area since 1961. Those losses are expected to continue into the future. Low-end estimates indicate that glaciers could lose up to 70 percent of their volume while on the high end, the loss would be 99 percent, with glaciers essentially disappearing from the region.

Shea cautioned against focusing too closely on specific numbers as this is a first attempt to model the region and there are still a numbers of uncertainties.

“I want to caution that this is a tool,” he said. “But what we see is glaciers are really sensitive to temperature changes.”

Researchers recently found similar results in western Canada. And a preview of mountain ice’s great disappearing act is on display in Glacier National Park in Montana, where only 25 glaciers remain out of an estimated 150 that were present in 1850.

You May Also Like:
10 Years After Katrina, Slow Hurricane Season Expected
Across U.S., Heaviest Downpours On The Rise
U.S., Mexico, Canada to Collaborate on Climate Adaptation
America’s Future Has Wind in its Sails