But there’s an asterisk: the study’s authors said their projections could be skewed by a lack of data on methane emissions from lakes throughout northern Alaska, which could factor into how much carbon is ultimately stored by the forests. 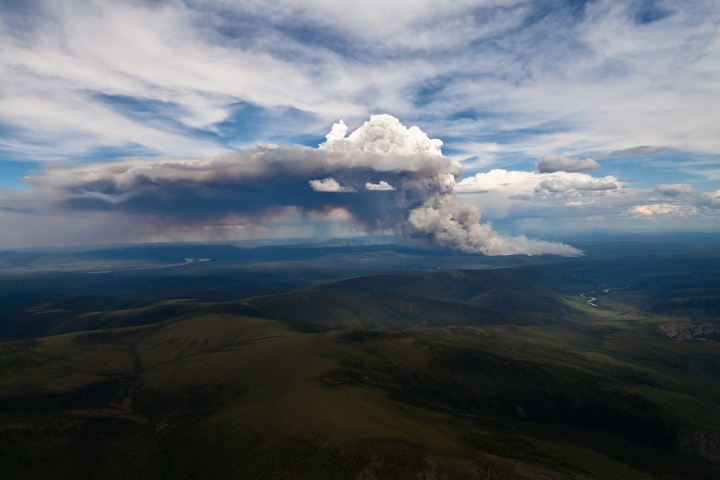 Using computer models to project how warmer temperatures will affect carbon storage across each Alaskan ecosystem, USGS researchers found that the warming climate is likely to spur more new tree growth in southern Alaska. That growth could allow the region to store more carbon than wildfires and melting permafrost in the state will emit into the atmosphere through the end of the century.

The study is the first to look at the carbon impact of every kind of ecosystem in Alaska, many of which have been excluded from official government tallies of the state’s greenhouse gas emissions because of a lack of data, said study co-author A. David McGuire, a USGS scientist and professor of land ecology at the University of Alaska Fairbanks.

With its dense rainforests, boreal woodlands and vast regions of frozen soil, Alaska is the U.S.’s largest carbon sink, representing 18 percent of the country’s land mass while storing about 53 percent of all the carbon locked up in U.S. soil.

Climate change is warming the Arctic faster than most other regions of the globe. The permafrost there is considered so vulnerable that USGS researchers expect the heat to shrink the extent of Alaska’s permafrost by 25 percent by the end of the century. When permafrost melts, the decaying plant matter in the soil releases methane, a potent greenhouse gas.

“The cold temperatures of Alaska have led over time to the storage of vast quantities of soil and biomass carbon,” McGuire said. “A major concern for this region is how interactions among warming temperatures, permafrost thaw, more frequent wildfires, and changes in stream flow will affect carbon storage and greenhouse gas exchange.”

Warm, dry conditions made Alaska’s boreal forest a tinderbox last year as millions of acres burned in catastrophic wildfires. The fires served a possible preview of what’s to come in Alaska as the climate changes, Climate Central research shows. When trees burn, they release the carbon locked up in their trunks and roots into the atmosphere, exacerbating climate change.

As Alaska’s northern forests light up in flames in a warming world, the USGS has found that the state’s temperate forests farther south may become more stable, storing between 8 and 27 percent more carbon than they do today.

The researchers cautioned that the USGS did not consider how methane emissions from lakes throughout northern Alaska might factor into southern forests’ ability to store more carbon. As lakes thaw in warmer temperatures, microbes in lakewater emit methane. 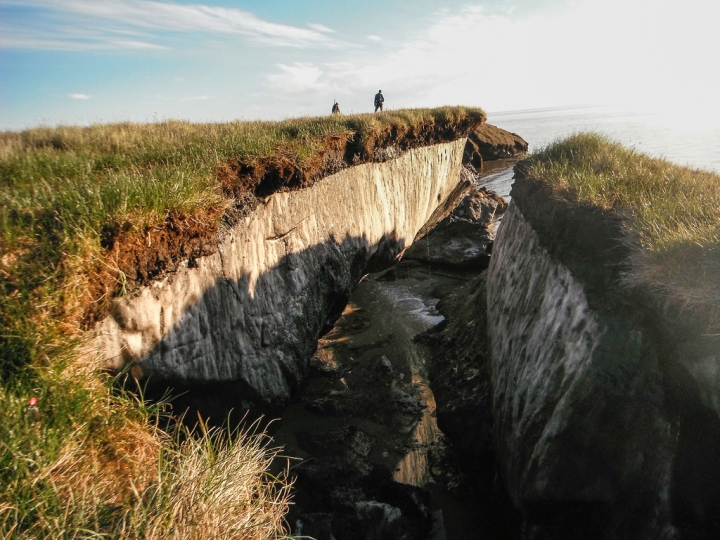 Coastal erosion reveals the extent of ice-rich permafrost on the Arctic Coastal Plain in the Teshekpuk Lake Special Area of the National Petroleum Reserve.
Credit: USGS/flickr

“Because we did not assess the future dynamics of methane emissions from lakes, we do not know if Alaska would be a net sink or source for greenhouse gases in the future,” the paper’s authors wrote.

McGuire said that such an asterisk doesn’t invalidate the the study’s conclusions because it’s unclear how future methane emissions from lakes would affect the climate. It’s possible the impact could be small, he said.

Scientists unaffiliated with the research said the study is inconclusive about the extent to which Alaska’s forests will be able to offset the state’s emissions.

University of Alaska permafrost researcher Vladimir Romanovsky said the models the USGS used in its projections for Alaska’s future carbon storage do not capture the vast uncertainties about how much methane melting permafrost will emit.

It’s possible that temperate forests will fully offset those emissions, “but we can’t tell right now what really will happen,” Romanovsky said.

The USGS model also underestimates the extent of permafrost loss by the end of the century, he said, adding that his research shows two-thirds of the state’s permafrost could be lost by 2100 if human carbon emissions aren’t cut.

Ted Schuur, a permafrost researcher at Northern Arizona University, said the USGS report is among the most detailed analyses of the impacts of climate change on Alaska.

“The report highlights the incredible changes that are forecast for Alaskan ecosystems including increased wildfires, degradation of permafrost and loss of soil carbon to the atmosphere,” Schuur said.

As Alaska’s ecosystems change, it will be important to better understand how wildfire and permafrost emissions balance with additional carbon sequestration in southern forests to fully understand how the ecosystems interact with the climate, he said.

You May Also Like:
Florida Dredging Would Cut Path Across Corals in ‘Crisis’
Could Baby Steps Be the Best Global Climate Strategy?
Easing Drought Boosts California Hydropower, For Now