A groundbreaking series by Climate Central on the climate-threatening rise of wood energy was named as a finalist for one national journalism award, and as a runner-up in another.

Wood energy — pellets made from trees, mostly from the U.S. South, and burned as fuel in power plants — is touted as being good for the planet, and heavily subsidized by governments in Europe for the climate benefits. But as senior science writer John Upton’s three-part series “Pulp Fiction” showed, the electricity produced using wood is heating the atmosphere more quickly than coal.

The Online News Association announced Pulp Fiction is a finalist for explanatory reporting. The ONA will announce its award winners on Sept. 17.

Columbia University announced Wednesday that Pulp Fiction was a runner-up for the John B. Oakes Award, a prestigious environmental writing prize. First prize went to InsideClimate News for its impactful series “Exxon: The Road Not Taken.”

“We're proud of the work John and the team did on the series,” said Paul Hanle, President and CEO of Climate Central. “This is the first major recognition of our journalism expertise, the first of many we hope, as we chart a new direction for science-based reporting.” 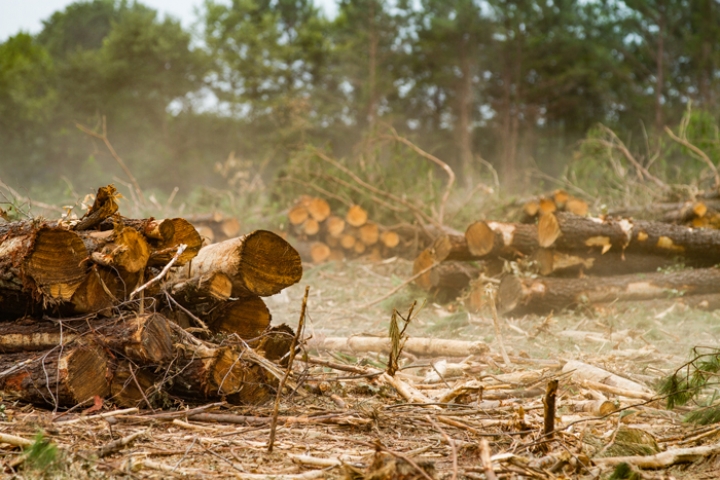 Last year, about 10 million tons of American trees were dehydrated at dozens of new pellet mills operating in southeastern states and turned into pellets, which were exported to Europe to be burned in converted coal power plants. The figure has grown by about a third each year for three years, alarming scientists and environmentalists.

Several months after Pulp Fiction was published, the European Commission, which advises European lawmakers, launched an investigation into the environmental and wood market impacts of Britain's use of American wood for energy.

And this month the commission published a report confirming many of Climate Central’s findings about the risks of the wood pellet trade on American forests and the global climate. The commission is preparing to recommend changes to help reduce those risks.

Upton reported exhaustively from the field, from Virginia, North Carolina, Louisiana, Mississippi, Oregon as well as in the U.K. and Brussels. He interviewed dozens of forestry scientists, ecologists, climate scientists and other academic and government researchers, as well as workers in the affected forestry and energy industries.

In addition to more than 12,000 words, the series featured a one-minute animation explaining the climate impacts of wood energy, six interactive 360-degree panoramas, interactive charts, graphics, and short videos of interviews with key sources in a stand-alone website.