The world must move quickly to make electric vehicles more climate-friendly, or the world may not be able to meet its climate goals.

That’s the conclusion of a University of Toronto paper published in the March edition of Nature Climate Change, which argues that countries need to reduce the carbon intensity of their electric power supply in order to make electric transportation systems and other infrastructure an effective strategy for combating climate change. 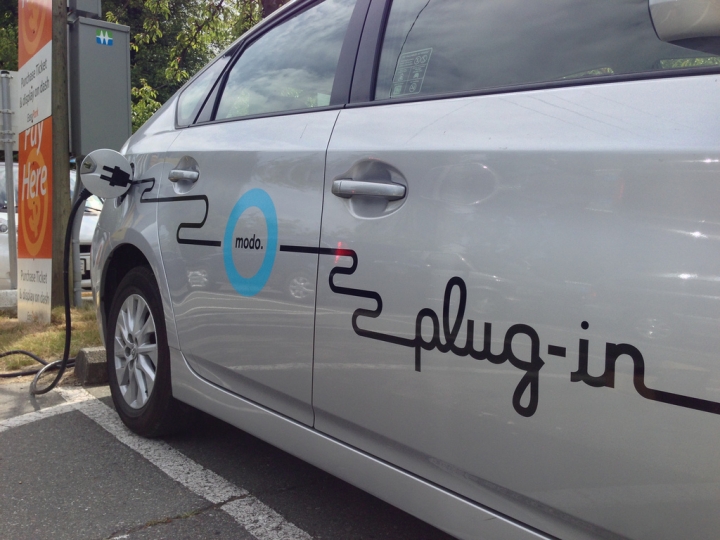 An electric car at a charging station. The carbon intensity of electric cars depends on how the electricity they run on was generated.
Credit: Paul Krueger/flickr

Think about it this way: Every Nissan Leaf might run on electric power, but how that electricity was generated determines what greenhouse gas emissions the car is responsible for. If the car is charged on solar or geothermal power, the carbon footprint may be miniscule. If it’s charged on electricity generated using coal, it might prove as bad or worse for the climate than burning gasoline. (Climate Central created a road map for climate-friendly cars in 2013 showing where driving electric vehicles is most climate friendly in the U.S.)

The University of Toronto paper establishes an emissions threshold to help governments and consumers better understand whether it helps the climate to push for electric cars and the electrification of other modes of transportation based on the carbon intensity of the electricity those vehicles use.

For electric-powered transportation to make good climate sense in a given region, no more than roughly 600 tons of carbon dioxide equivalent should be emitted into the atmosphere for every gigawatt hour (GWh) of electricity generated, or enough electricity to power about 100 homes for a year.

“Over the years, I’ve looked at a number of studies that have considered electrification — replacing fossil fuels technology with an electric version of it,” University of Toronto civil engineering professor Christopher Kennedy, the paper’s author, said. “An electric car has to be driven in a city or a region or a state where carbon intensity is less than 600 tons.”

The clock is ticking on carbon intensity, and nations need to slash their electric power emissions below the 600 tons mark by 2020 in order to meet the international goal of keeping global warming to no more than 2°C, or 3.6°F, he said. After 2020, all nations must act fast to reduce intensity by more than 90 percent by 2050 to prevent further warming.

The U.S., Canada, Iceland and many other European countries meet the 600-ton target already, but some by only a slight margin. Whereas a reliance on hydro and geothermal power make Iceland’s carbon intensity essentially zero, Kennedy’s data show that the overall carbon intensity of the U.S. power supply is about 500 tons per GWh. Canada’s is 167 tons. 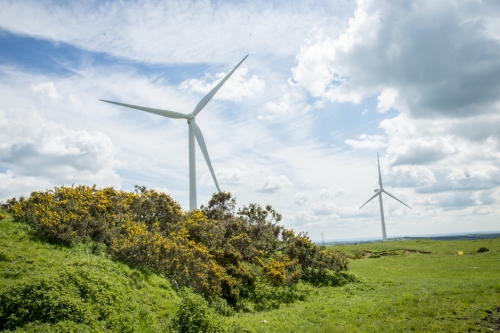 Wind power is one of the many renewable energy sources that could make electrification of the world's infrastructure greener.
Credit: University of Derby/flickr

Other major emitters are still far behind. China, India, coal-rich Australia, Indonesia and Saudi Arabia all emit between 700 and 856 tons of CO2 equivalent per GWh. On the extreme end is Botswana, whose carbon intensity is 1,787 tons of CO2 per GWh.

“The message is really about encouraging faster action in the electricity sector,” Kennedy said. “I think the nations of the world need to come together, and there have to be some kind of negotiations to try and get all countries below the 600 mark.”

Julian Marshall, an associate professor of environmental engineering at the University of Minnesota who co-authored a 2014 study on the environmental health impacts of driving electric vehicles based on how the electricity is generated, said that the 600-ton threshold could be a useful goal for those trying to reduce their carbon intensity by 2020.

“One way or another, if we’re going to address climate change, we’re going to have to decarbonize our electrical system,” Marshall said. “2020 is five years away. How much can we actually do in five years? Some, but we have to be looking at 40 years.”