Wind power had a big year worldwide in 2015 as China became the leader in wind power production capacity while the U.S. kept its top spot in electricity actually produced from wind turbines, according to new data released by the Global Wind Energy Council.

Low-carbon energy sources such as wind and solar power are critical to countries seeking to meet climate goals set forth in the Paris climate agreement struck in December. The pact aims to keep global warming to below 2°C (3.6°F). 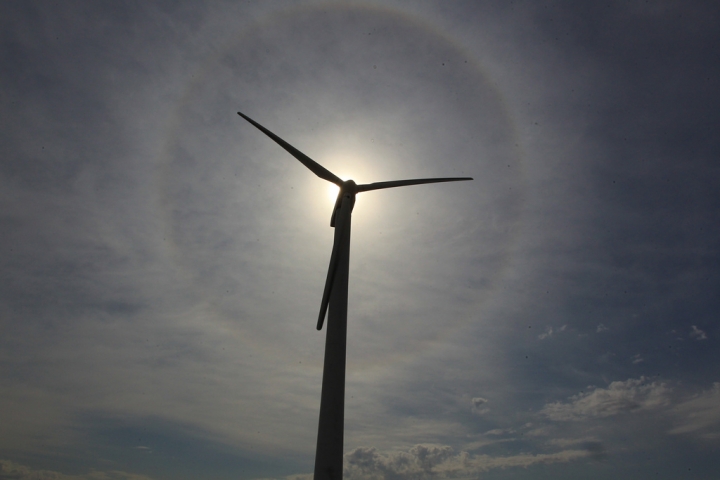 Carbon emissions from coal-fired power plants are the leading individual source of greenhouse gases causing climate change, and reliance on wind and solar power helps to slash those emissions.

China has said it hopes greenhouse gas emissions will peak in that country by 2030, and the U.S. is seeking to cut its emissions by up to 28 percent below 2005 levels by 2025. China’s faltering economy and need to improve air quality in its notoriously polluted cities are driving the country to shutter coal mines and build new wind turbines.

“Wind power is leading the charge in the transition away from fossil fuels,” GWEC Secretary General Steve Sawyer said in a statement.

“The Chinese government’s drive for clean energy, supported by continuous policy improvement, is motivated by the need to reduce dependence on coal, which is the main source of the choking smog strangling China’s major cities, as well as growing concern over climate change,” the statement said.

No other country came close to China’s level of wind development growth last year. But while China is seeing the biggest wind turbine building boom, the U.S. is better at actually producing electricity from its turbines, generating more wind power than any other country last year.

The U.S. generated 190 million megawatt-hours of wind power in 2015, powering about 17.5 million homes. China clocked in at 185.1 megawatt hours, followed by Germany at 84.6, according to American Wind Energy Association data released Monday. 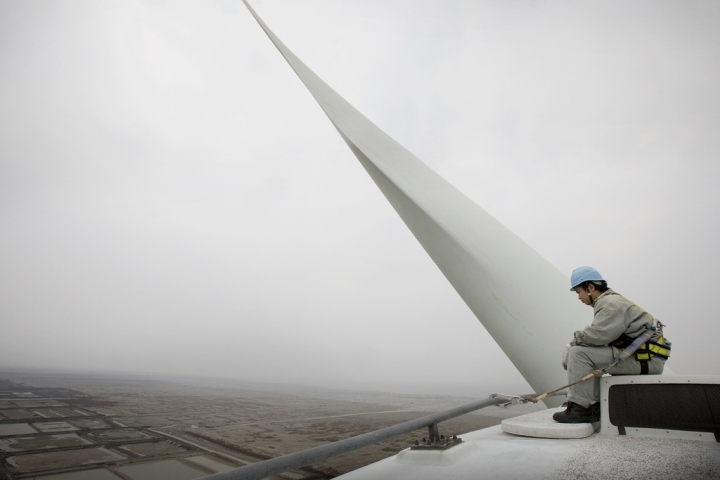 Chris Namovicz, a wind power analyst for the U.S. Energy Information Administration, said that the disparity between China’s wind power capacity and the amount of electricity it produced last year may be explained in part by the location of its wind turbines. The country is building turbines in less windy areas than in the U.S. and it is including in its data wind turbines that haven’t been effectively hooked up to the electric power grid yet.

Wind power capacity grew faster in the U.S. in 2015 than natural gas power, which has grown an average of 7,800 megawatts annually for the last five years, according to EIA data published Monday.

The reason for that is a 66 percent drop in the cost of producing wind power since 2009 and a rush among wind developers to build turbines before the expiration of a federal wind production tax credit, which was extended late last year through 2019.

Namovicz said he expects the growth in new wind farm construction in the U.S. to slow slightly in the next year or two before picking up again as the new tax credit extension fuels a boost in construction.

AWEA chief Tom Kiernan said the U.S. is on its way to generating 20 percent of its electricity from wind power by 2030.

You May Also Like:
Syria’s Drought Has Likely Been Its Worst in 900 Years
Mild Winter Keeps Great Lakes Ice Cover Low